A drone for hell

The end of Soleimani reveals the latent Iran-US conflict, capable of triggering various unexpected events: from a bloody collision to a diplomatic agreement 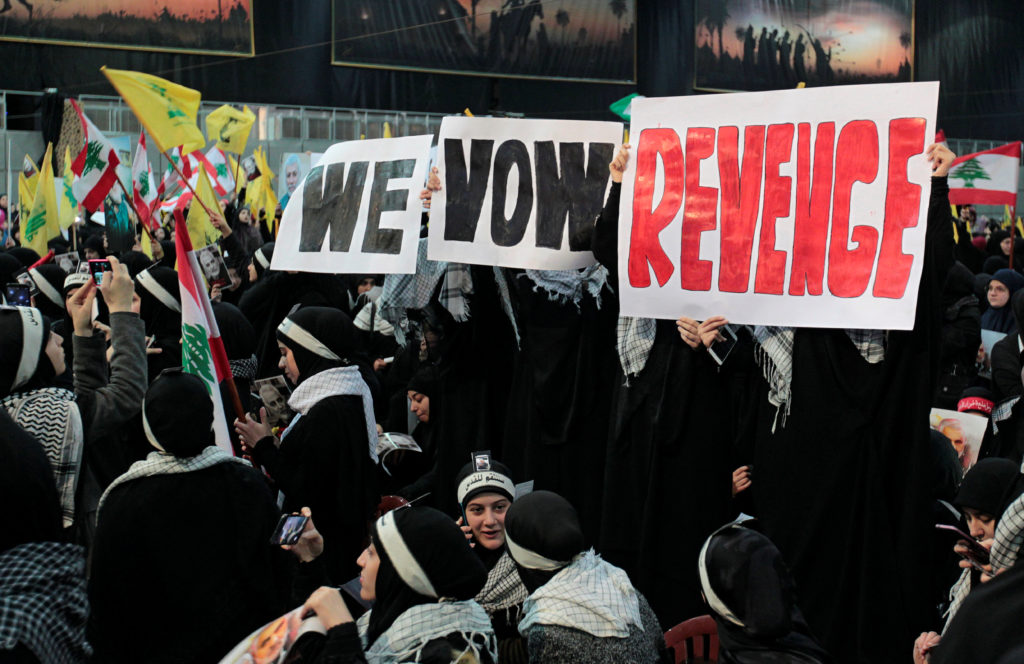 What did it mean to be Qassem Soleimani? The rise of Iran is due, to a significant extent, to him and to the most sensational mistake made by the USA in the last decades: the invasion of Iraq based on false evidence on the possession of weapons of mass destruction by Saddam’s regime. Before the fall of the Iraqi raìs – which plunged the Middle East into chaos – the strength and the range of Iranian influence were much more limited than they are today. The “nuclear deal” wanted by Obama aimed at containing Tehran by reintegrating the Shia state into the international system and by remedying, at least in part, to previous mistakes.

This opportunity went deliberately lost. With Trump’s decision to withdraw from the international agreement in 2018, the United States – in agreement with Israel – have opened a new phase. The goal is to put “maximum pressure” on Tehran and hope that the latter, once weakened by isolation and economic sanctions, would bend to American requests.

With the beginning of this new phase, Qassem Soleimani became one of the possible targets of the drone unit directed by Mike D’Andrea, a CIA intelligence executive converted to Islam who, according to some sources but in contrast with the official position of Washington, was killed in the shooting down of a US plane in Afghanistan just after the murder of Soleimani.

Even if you didn’t meet Soleimani directly, you could feel his presence. Before the United States killed him in Baghdad and for over a decade, Soleimani had been one of the main actors on all the hot fronts of the Middle East. Whether it was the siege of Aleppo, the Kurdish or Yazidi mountains, Afghanistan, Iraq, Lebanon or Yemen, Soleimani – as the head of the special forces Al Quds of the Iranian Pasdaran – was on the frontline. At times plainly, at times hiddenly, he was a protagonist of all the major Middle Eastern events that involved Iran and its allies.

I remember that he was photographed while he was giving directives to the troops during the siege of Aleppo. His presence was most decisive in 2014 when Isis conquered Mosul, the second biggest city of Iraq. By that time, Soleimani had already gained strong popularity at home.

He was very close to Ayatollah Khamenei and was regarded as the second most influential player in the internal balance of power, after the Supreme Guide himself. Because of this, his death raised an enormous uproar and has become – at least momentarily – an element of convergence between the different instances of the country.

Soleimani defended the “strategic depth” of Iran, a dimension that is perceived very differently compared to the aseptic geopolitical “chess games”.

I was in Makhmour, an hour by car from the Kurdish capital Erbil, where the jihadists of the Caliphate had just entered the gates. In Sulaymaniyah – 900,000 inhabitants and at a stone’s throw from the border with Iran – the Kurdish peshmerga had sparsely retreated face to the hoards of Al Baghdadi. The city was in danger too: it was Soleimani and his Pasdarans who stopped Isis before it could penetrate in Iranian territory.

And it was still Qassem Soleimani who got in charge of what was remaining of the Iraqi troops after the defeat of Mosul and who organized the defence of Baghdad with the Shiite militia. In the summer of 2014, the Caliphate had arrived at a few dozen kilometres from the Iraqi capital, after having conquered Saddam Hussein’s birthplace Tikrit. Just beyond the defence lines, you could see the black flag of a Caliphate pervaded by Wahabi religious ideology, one of the most conservative and retrograde versions of Sunni Islam.

At that time, Isis had already conquered significant parts of Iraq and Syria: it had control over a sort of ferociously integralist mini-state and over the lives of eight to ten million people. This is why the first ones to celebrate the killing of Soleimani were the remaining forces of Isis in Iraq and Syria and the jihadi militia – affiliated to Al Qaeda and supported by Turkey – which still occupy strategic pockets of Syrian territory and fight fierce battles against the Russians and the Damascus’ soldiers. Here Soleimani, if he were alive, would still be on the frontline.

After all, his character was “born” on the battlefront. He was 23 years old – like Esmail Qaani, who has now replaced him as the head of the Al Quds forces – when Saddam invaded Iran on the 22nd of September 1980. After the Khomeini revolution of 1979 and the taking of hostages in the US embassy, the Islamic Republic was isolated. Iraq could instead count on chemical weapons, funding from the Gulf monarchies (55 billion dollars in eight years of war) and military supplies from Western countries.

It’s during those years that Soleimani began his ascent. It was the time when I saw thousands of young Iranians – armed with swords and bayonets – massacred by Iraqi tanks, while carrying around their necks the plastic keys that should have opened to them the doors of Allah’s paradise. It was the time of the legendary Shiite “martyrs”. In the following years, although his career progressed, he remained largely out of the spotlight. In 2001, he even fought alongside the US in Afghanistan: the operation was seen by Tehran as an opportunity to counter the Taliban and the Sunni front.

Finally, Suleimani came to the fore with the collapse of Iraq and the spread of Isis. Under the invitation of and in close collaboration with the Iraqi governments of Nuri al Maliki, Haidar Abadi and Adel Abdel Mahdi, he worked as a sort of counter-guerrilla director in the country. The Americans had gone out of Iraq in 2010 and left Baghdad without even an air force.

Whether we like it or not, Qassem Soleimani was decisive in avoiding the disintegration of the Iraqi state and in keeping alive the Alaouite regime of Bashar Assad in Syria, especially before the Russian intervention of September 2015.

During the conflict of the 1980s, Hafez Assad’s Syria had been the only Arab state to side with Iran. Then, in the summer of 2011, the Iranian Pasdarans led by Soleimani and by his successor Esmail Qaani guarded the Zeynab mausoleum in Damascus, where Alì Shariati – the most influential ideologist in the fight against the Shah – is buried since 1977.

This is why the ties between Damascus and Tehran are so strong: for the Alawites (the ruling Shia minority in Syria), the support of Iran represents a sort of religious and political legitimation.

For four years and until the Russian intervention, Assad’s troops were assisted only by the Lebanese Hezbollah and by the Iranian Pasdarans, while the military operations were directed by Soleimani. I never saw him in Aleppo or the Qalamoun mountains (at the border between Syria and Lebanon). However, his presence was felt in the ferocious fights that opposed the army of Damascus to the rebels, whose forces were constituted by tens of thousands of jihadists from all over the Muslim world and from Europe.

Soleimani was the worst enemy of the foreign fighters who brought terrorism everywhere, including to us. Few could match his experience in counter-guerrilla warfare, in urban battles, in gaining territory meter by meter and in limiting risks and losses by using non-strictly military means to force the adversary to retreat. Finally, Soleimani was a master in identifying the enemy’s weaknesses. Actually, it is rather surprising that he was caught unprepared by the US, which had been waiting for him in Baghdad since his plane had taken off from Damascus.

Perhaps, after so many years in the field and now with a diplomatic passport in his pocket, he felt almost more like a politician than a soldier. After all, the “axis of resistance” he led could not be effective without a sophisticated network of alliances, able to counter richer, more militarily endowed and numerous adversaries.

The end of Soleimani opens a new chapter in the galaxy of Sunni jihadism. Although he has not left without successors, the toughest adversary is now out of the game. The radical Islamist groups are still strong both in Syria – where they are manoeuvred by Turkey in the northern regions – and in the Iraqi region of Al Anbar. Furthermore, the dramatic uprisings in Iraq have highlighted the lacerating divisions within its society: without Soleimani, there is a lack of charismatic control over the Shiite militias.

The USA, Israel and the Gulf monarchies see his killing as a victory, albeit only a tactical one; however, only time will tell us whether they are right. The United States have gone down a path which promises to be full of pitfalls: Trump behaved like a sort of American caliph, since he had Soleimani murdered in a third and allied country. As the UN Special Rapporteur on extra-judicial executions Agnes Callimard pointed out, targeted killings with drones find no justification in international law and present a serious challenge to national sovereignty. Peace – or at least stability – today does not seem to coincide with the so-called “Pax Americana”. Especially in the Middle East.