There is no place for India in the Taliban’s Afghanistan

After the recapture of Kabul, the Taliban announced the closure of trade routes that allowed Afghan products to reach India through Pakistan. With no more trade, Delhi has lost any leverage in a strategic country in which it has invested a lot 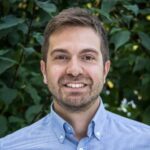 The return of the Taliban to power is undermining relations between Afghanistan and India. The current crisis is reminiscent of that of 1996 when the proclamation of the Islamic Emirate led to a complete breakdown in bilateral relations. Only four days after the recapture of Kabul, the Taliban announced the closure of trade routes that allowed Afghan products to reach India through Pakistan. In doing so, Kabul lost its third trading partner with whom it traded goods in 2019-2020 worth about $1.5bln. With no more trade and deprived of all diplomatic garrisons, Delhi has thus lost any leverage in a strategic country in which it has invested a lot, not only financially. In this context, the announcement of the new Afghan interim government, full of figures hostile to India, certifies that a new chapter in Kabul-Delhi relations has begun.

Notably, through the appointment of prominent figures of the Haqqani Network, such as Sirajuddin Haqqani as Interior Minister, the Taliban wanted to send a clear message to Delhi. The Network, which has its headquarters on the Pakistani side of the Durand Line has been conducting bloody and systematic attacks on Indian assets in Afghanistan. Non-inclusive and not ethnically representative of the country, the new Afghan interim government is the result of fierce negotiations that ended with the defeat of the so-called 'pragmatic' Taliban, identifiable with Abdul Ghani Baradar, and the affirmation of the 'hard-liners' close to Pakistan. Not even the historic official meeting between the Indian ambassador in Qatar and the Taliban diplomat Abbas Stanekzai served to improve the Indian position. Stanekzai, the leading candidate for foreign minister in the Afghan government, could have been a valuable interlocutor for Delhi. However, the rejection of his candidature showed that there is no room for India in future Afghanistan. On the contrary, Pakistan, India's historical rival, seems to be able to exert a strong influence on Kabul thanks to the historical ties that bind Islamabad (or rather Rawalpindi where the headquarters of the Pakistani army are) to the Taliban.

India's strategy in Afghanistan has failed. Admittedly, Delhi is only partly to blame for what has happened on the ground in Afghanistan, but that does not change the fact that the Taliban's comeback is a defeat for India. For years, Delhi relied heavily on so-called soft power and realized too late that a different kind of engagement would be necessary for such a complex scenario. Delhi's action was mainly based on a massive diplomatic presence consisting of four consulates (Kandahar, Herat, Mazar-e-Sharif and Jalalabad) in addition to the embassy in Kabul. Investments have also been important to Indian strategy. In particular, the finances sent by Delhi has been useful for the reconstruction of Afghanistan. About $3 billion have been used to build useful infrastructures, such as the Salma Dam in Herat, and symbolic ones, such as the Kabul Parliament.

However, Delhi has always lacked flexibility and the ability to recalibrate its strategy. For example, even though it was clear as early as 2011 that Afghanistan needed military support, India's strategy has not varied significantly. Always preferring an indirect approach to any engagement on the ground, Delhi has concentrated its efforts on training troops and sending rather limited quantities of armaments, including the Mi-35 attack helicopters which have now fallen into the Taliban's hands. All in all, Indian support to the Karzai and Ghani governments has been both economically and militarily modest and belated. Politically, Delhi has been unable to relaunch its regional role and has been excluded from both the new "Central Asia QUAD" project launched by the US and including Uzbekistan, Pakistan, and Afghanistan, and the Troika Plus talks held in Doha before the fall of Kabul. In this context, the "Neighbourhood First" strategy launched by PM Modi risks having to be completely rethought as India no longer has a Western neighbourhood to look to and Central Asia has never been further away.

Pakistan and China are ready to replace India

If the mistakes of the past are irremediable, India must now try to limit the damage in the near future. Having passed from a leading player to a bystander in Afghanistan, Modi's India now risks being replaced by Pakistan and China. As a result of the return of the Taliban, Pakistan gains, on the one hand, the strategic depth it has long sought and, on the other, avoids the much-feared encirclement by India. China could also use the ongoing shift to carve out room for manoeuvre, and undoubtedly, an Afghanistan closer to Pakistan than to India does not displease Beijing. In this context, India suffers the strengthening of the two main regional rivals and fears for the possible deterioration of the security conditions in South Asia. In fact, the Taliban's victory risks reinvigorating all the fundamentalist movements present in the region.

In particular, Delhi is concerned about the situation in Kashmir. In the past, the Taliban's victory was followed by an inflow of foreign fighters and around 3,000 militants killed between 1989 and 2000 came from Pakistan and Afghanistan. India fears that history will repeat itself and that the already worrying presence of foreign fighters in Kashmir, linked to the Lashkar-e-Taiba e Jaish-e-Mohammad groups, could increase, given their good relations with the Taliban. In this context, the current 'wait and watch' strategy does not seem to be paying off. A more proactive attitude in alliances and towards the Taliban could be a solution. For instance, aligning its strategy with those of Iran and Russia could make Delhi's policies more effective. Moreover, sitting down with the Taliban could allow India to demand guarantees on terrorism while exploiting the mistakes that Pakistan and China might make.