The ISAF is gradually moving out of Afghanistan, which is now turning to its neighbouring Asian giants, with the Presidential elections on the horizon in 2014. 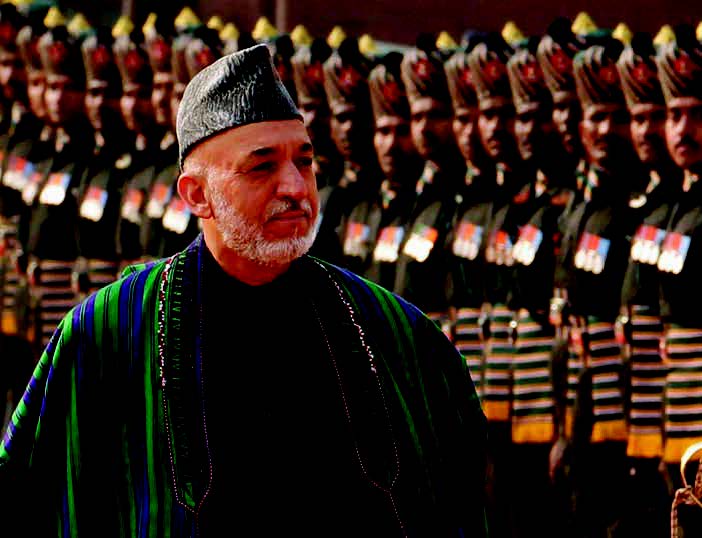 By popular consensus among diplomats in Kabul, donor fatigue has set in among the countries of the West that support the government of President Hamid Karzai and Kabul is looking to other Asian sources like India, China and Japan for both financial and military assistance. So far the Chinese have offered limited training tance with mine clearing operations, while preferring to focus on bilateral economic deals. Recently, the China Metallurgical group Corp., Jianxi Cooper Corporation and Zijin Mining Group Company won a joint US$ 3.5 billion bid to develop the world’s largest under developed copper field.

Commenting on Chinese reluctance to get involved with the Afghan political process, , Afghan strategic studies expert Davood Moradian explained: “The Chinese are ambiguous. They don’t want the Taliban to return to power and are concerned about a vacuum after 2014 that the Taliban could fill, but they also don’t like having U.S. troops in their neighbourhood.” Like China, Japan too has assisted in mine clearing and training the national police force – as well as collecting heavy weapons – but Tokyo also takes credit for implementing some US$ 1.457 worth of assistance out of US$3 billion committed from 2012. India has pledged a US$ 2 billion aid package, including some military aid, such as training for the Afghan army, but New Delhi is still fighting shy of providing all the military equipment that Kabul has asked for, Currently, the Afghans are heavily dependent on UN-backed member countries of ISAF (International Security Assistance Force), led by the US but also including such diverse other backers as the UK, Holland, Malaysia and even Tonga, for both security and financial assistance. But as Afghan presidential elections loom for next April 2014, ISAF plans to start cutting back its presence. The force is already down from its earlier peak of 130,000 to just under 100,000. Much of that, about 65,000, is made up of US troops. Evidence is already emerging of the start of some scaling back. Last August ISAF spokesman General Heinz Feldmann confirmed that ISAF had cut back from 800 big and small bases to less than 100. Britain is expected to almost halve its number of troops from 9,000 to 5,200 by the end of this year. And the Netherland’s military presence was down to just 2,000 troops and a mere four F16s based at an airbase near the city of Mazar-e-Sherif. Australia started withdrawing its 1550 army, navy and air force personnel from late last 2012 with the vast majority returning home by the end of this year. Against this backdrop of scaling down and withdrawals, Afghans top leaders are searching for other countries that might help to plug the gap and India among the neighbouring Asian giants is at the top of the list. India may not be able to supply military manpower to take over the bases left behind by retreating ISAF forces, but it can and will help to train Afghan military personnel, as well as provide money to fund reconstruction and development projects. So far two of the most impressive Indiafunded projects are the Salma Dam in Herat province and the new parliament building in Kabul. But there are numerous other smaller projects that are funded directly by New Delhi. For example India has donated 1000 buses for Kabul and other municipalities, 500 tractors for Afghan farmers and a US$10 million grant for the preservation and revival of the country’s archaeological and cultural heritage. These and other grants are part of the US$ 2 billion aid package that New Delhi has pledged for Afghanistan. Major General Zahir Azimi, spokesperson for the Afghan Ministry of Defence, has said: “India is a very old friend of the Afghan people and we have a strategic agreement with India. As part of the agreement, we have requested some weapons from India and they have agreed, including the supply of equipment, like The explosion of Buddhist integralism vehicles, different types of vehicles, containers, armoured cars, flack jackets.” Supplying transport aircrafts could also be on the cards. The positive thoughts about India expressed by officers like General Azimi are shared by Afghans from all walks of life. But these positive thoughts do not extend to Pakistan. Although Pakistan is still host to some two million Afghan refugees, remnants of the exodus that started after the Soviet invasion of 1979, any reference to Islamabad leads to a narrowing of eyes, frowns and the shaking of heads. The most obvious reasons for Pakistan’s unpopularity are the terrorist bomb attacks that disrupt life in Kabul and other Afghan cities and the perception that Pakistan is still providing a degree of support to the Talebans involved. Kabul also accuses Pakistan of supporting the Haqqani network that has attacked both ISAF forces and the Afghan National Army. For its part Islamabad accuses Afghanistan of supporting leaders of such anti Pakistan Islamist groups as Maulana Fazlullah of Tehreek-e- Nafaz-e-Shariat-e-Mohammadi (Movement for the Enforcement of Islamic Law or TNSM), and Mangal Bagh Afridi of the Lashkar-e-Islam. Once ISAF’s withdrawal is complete, Islamabad is concerned that such groups may well launch attacks against Pakistan from the Afghan side of their mutual border. What Islamabad longs for most of all is for Karzai to recognize the controversial Durand Line as the international border between the two countries, thus staving off any movement for an independent Pushtunistan that would threaten Pakistan’s territorial integrity. Significantly, the issue of the Durand Line was not referred to – at least not publicly – during Karzai’s two day visit to Islamabad at the end of August. A spokesman for the Pakistan Foreign Ministry merely said “both sides had reaffirmed their commitment to deepen and broaden” bilateral relations and “agreed to work together for the promotion of peace and reconciliation” in Afghanistan.