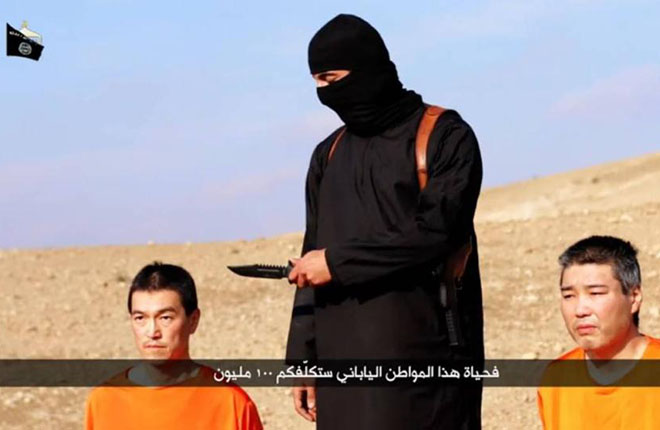 Kenji Goto was in Syria to document the civil war and had actually been trying to track down the second man, Haruna Yakuwa, who the press defined as a “ self-proclaimed military contractor” abducted in Syria in 2014.

The images of the two men, dressed in orange uniforms with their guard dressed from head to toe in black and brandishing a knife, brought to mind the photo of the 24-year-old Japanese man Shōsei Kōda, kidnapped and later decapitated by men belonging to Al Qaeda in Iraq in 2004 while he was visiting the war torn country. 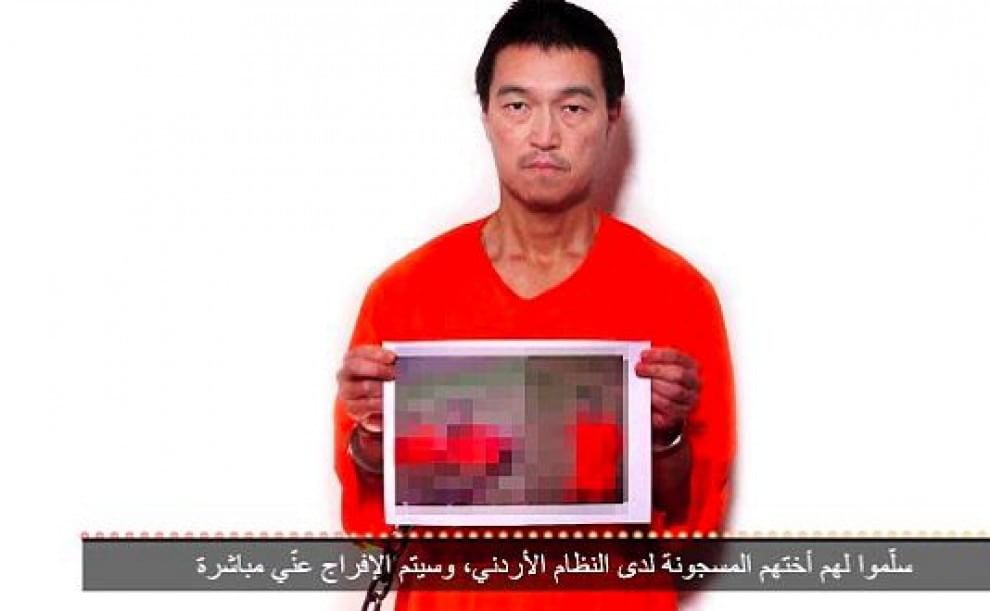 In exchange for his release his abductors had requested the withdrawal of Japanese troops from Iraq.

Today, in 2015, ISIS has requested a ransom equivalent to the sum of money that Tokyo has promised to the countries affected by the advance of the Caliphate.

This request was rejected outright by the current government, with Abe himself stating that he saw no space for negotiation. Furthermore, according to reports from the Japanese government, there are no diplomatic channels open between Tokyo and ISIS. Ten years ago the head of the government was Jun’ichiro Koizumi, but the response was the same: no negotiations with “terrorists”.

At the time Japanese involvement in Iraq was under the remit of the dismantlement of Saddam Hussein’s “arsenal of weapons of mass destruction” and the provision of assistance in the establishment of a “democracy” in one of the most crucial focal points in the Middle East for the global oil trade. Today, however, it is central to the Euro-American interpretation of the increasingly global threat posed by the Islamic State, a threat that now extends to countries such as Japan and South Korea.

In 2003 in order to support the American involvement in the area, Koizumi deployed 500 military personnel to Iraq tasked with logistical support. But by doing so he had breached article 9 of the Japanese constitution, which prevented Japan from using warfare as a way to resolve disputes and thus prohibited the deployment of Japanese armed forces abroad: it is no coincidence that the Japanese military are referred to as the ‘self-defence forces’.

Today just over ten years on, Shinzo Abe will not send military forces but pledges a commitment to the region in the form of the “proactive pacifism” that is a key tenet of his administration. Two hundred million dollars is the sum that the Japanese government has pledged to the Middle Eastern countries involved in the fight against Islamic State. The same amount has been requested by Goto and Yukawa’s kidnappers.

In reality this is just a small fraction of Japanese involvement in terms of assistance for the region. In total the sum is more like 2.5 billion dollars granted by the Abe government to humanitarian and infrastructure projects in an attempt to contribute to the security and stability of the Middle East. Japan has such a strong interest in the region due to the fact that it provides the majority of Japan’s crude oil imports, in particular from Saudi Arabia, the United Arab Emirates, Qatar and Kuwait. 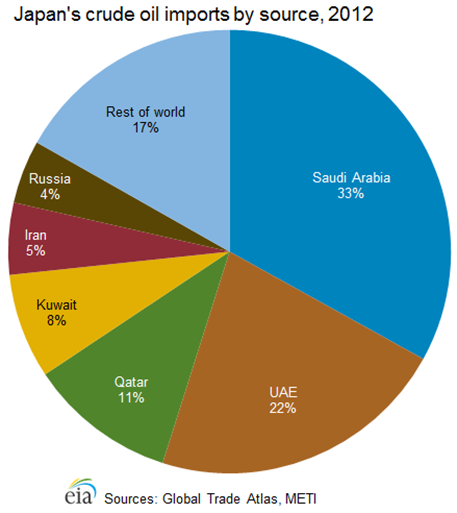 Tokyo’s overall position is in favour of the “global war on terrorism” alongside the old continent and the US, thus Japan has also ended up an enemy of IS. However, it is also worth noting that the IS threat is a useful foil to justify the Abe government’s aggressive new foreign policies (the government has recently approved the largest defence budget since 1945) and restrictions on the movement of Japanese citizens to and from Japan.

Some have construed such developments as Japanese “rearmament”, the apex of which was reached in the summer of 2014 with the modification of the article that Koizumi had violated in 2003.

The resolution adopted by Abe’s conservative government means that Japanese military forces will now be able to contribute actively to “collective self-defence”, in other words, they will be able to intervene alongside the US or other allies when faced by threats to common security.

The war against Islamic State and, in broader terms, against international terrorism, could be the ideal theatre for Japan’s return to arms.

NATO in Ukraine and the energy crisis in Europe

The EU race to climate neutrality