Back to the future in East Africa

The five members of the East African Community launch a common currency with a long history. 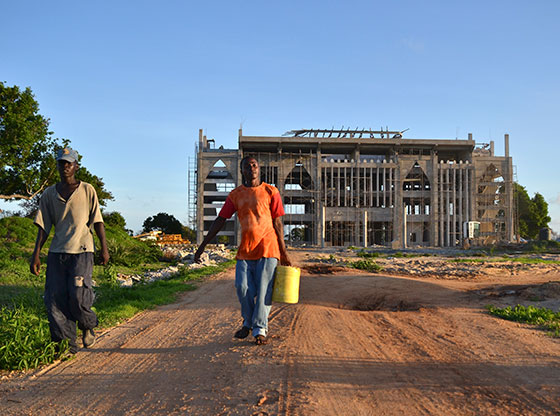 Its name, the East African shilling, recalls the area’s colonial past, but the hopes it brings with it all point in the opposite direction. That is, to the first real regional union on the African continent: the East African Community (EAC).

East Africa’s new single currency – which takes its name from the currency used by the British Empire in East Africa between 1921 and 1969 – is just the most obvious of the many steps forward taken by Uganda, Kenya, Rwanda, Tanzania and Burundi in recent years, as they make their way towards regional integration, a goal that may prove to be more workable in this part of the continent than in others, and seems likely to move ahead quite quickly.

Key features of that integration include a political federation, a customs union, dreams of a regional army, joint infrastructure projects, and the Monetary Union, the object of a December 2013 protocol signed by the five nations concerned.

At a time when the global economy is looking more and more to Africa, this corner of the continent, sporting greater uniformity than others in terms of language, culture and ethnic groups, has embraced the fact that joining forces could make the difference. Cross-border trade has flourished here in the last few years. Indeed, Uganda has surpassed the UK and Germany and become its neighbours’ main trading partner, while Kenya is now the second largest foreign investor in Tanzania.

The EAC countries constitute a market of very nearly 200 million people and a bloc of diversified economies that were already doing quite well as some of Africa’s best performers even without exports of raw commodities like crude oil or minerals to bring in revenue.

The countries have decided to join forces on the eve of a new era and a new economic future expected to spring from recent discoveries of oil and gas fields in every single state in the region: for example, the oil under the lakes of western Uganda or off the coast of Kenya, or Tanzania’s reserves of natural gas.

“The promise of economic development and prosperity hinges on our integration,” said Kenyan President Uhuru Kenyatta, who also currently chairs the EAC, while explaining the potential benefits of introducing the new currency to his citizens.

“Businesses will find more freedom to trade and invest, and foreign investors will find additional, irresistible reasons to pitch tent in our region.” The facts seem to bear out the predictions of the son of Kenya’s founding father. In such an integrated region – the ports of Kenya and Tanzania serve a number of landlocked African countries – the existence of five different currencies has undoubtedly been an obstacle to trade.

According to a recent study cited in The Financial Times, a trader travelling from Kenya to Rwanda by way of Uganda stands to lose over 20% of the value of his original currency due to the various exchange rates he has to reckon with at each border crossing. Nonetheless, the road to the adoption of the East African shilling over the next ten years will very likely be an uphill one. Before the enthusiasm over the signing of the treaty that instituted the new currency could even die down, the words of the head of the International Monetary Fund, Christine Lagarde, arrived to spoil the party for East African officials.

“As a member of the Monetary Union of Europe, I have to tell you that it is a very exciting ambitious project, but one where, as Aristotle would put it, hasten slowly. Don’t rush. Make sure you learn from our mistakes and that the East African Monetary Union can even teach the Europeans how to do it right,” Lagarde advised on her last trip to Kenya in January 2014. She added: “The Regional Monetary Union will only work when all the member states strictly observe all the convergence criteria.”

Some of these criteria include: a ceiling on inflation (8%) and on fiscal deficits including grants (3%); public debt no higher than 50% of GDP; monetary reserves amounting to at least 4.5 months of imports and finally, a tax-to-GDP ratio of no less than 25% of the national GDP. The individual East African countries, however, perform quite differently in each of these areas. For instance, the tax-to-GDP ratios range from 12.6% in Uganda and Rwanda to a strong 23% in Kenya.

“None of these obstacles are insurmountable given sufficient political will and herein lies the problem,” writes Avi Bram, a researcher at Oxford University, in an article published on Think Africa Press. A considerable number of politicians in each of the member states, in fact, seem disinclined to give up a chunk of their own countries’ sovereignty, especially in the economic sphere, since that prerogative has always come in handy on the eve of national elections. And while the prospect of a monetary union appeals to the big international players – the new shilling has the blessings of both the World Bank and the European Union – the competition between certain EAC member states in the economic sector (starting with Kenya and Tanzania, each vying to become the logistic hub of the whole region) or on the political front (on the clashes to the west, in the Democratic Republic of the Congo, Uganda and Rwanda take one side and Tanzania the other) could fracture the EAC in unpredictable ways.

“There is a certain amount of sovereignty that countries have to be prepared to give up in terms of joining a single currency, and it’s not yet clear that this will be the case,” observes Razia Khan, head of Africa Research at the Standard Chartered Bank.

These are all factors that once before, in the 1970s, brought down the dream of regional integration in East Africa. If they can be overcome today, there could be a brilliant future in store for one of the world’s most dynamic regions.