Things have not being going well for dairy farmers in the United Kingdom. The latest bad news was the announcement of a delay of two weeks in payments to farmers made by First Milk, UK’s largest dairy company. The prices of milk and other dairy products have been falling steadily over the past few years, pushing many farmers out of business and endangering the whole British dairy industry. 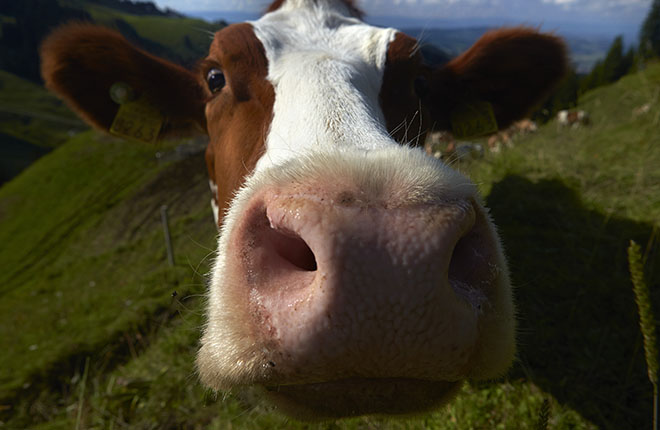 Producing one litre of milk costs 28p (0,37€), says the National Farmers’ Union (NFU). This is an average, the cost varies between farms depending on many factors, such as the size of the farm. The price farmers are paid also varies. Half of the milk produced is sold liquid while the other half is processed into dairy products. A third of the liquid milk is sold to retailers, such as Tesco and Sainsbury, who base the price they pay depending on how much it costs to farmers to produce it. The price they pay varies between 34p (0,45€) and 31p (0,41€). The remaining two-thirds of the liquid milk produced is sold to processors such as Arla and First Milk. They are the ones who have been cutting prices, with Arla currently paying 25p (0,33€) per litre and First Milk 22p (0,29€) per litre. In addition, last spring retailers have started a price war, cutting down the price of milk sold in supermarket. Low-cost supermarkets such as Lidl, Asda, Aldi, and Iceland have now cut the cost of milk down to 89p (1,20€) for four pints (2,27litres). As the head of the NFU Meurig Raymond noted, milk is now cheaper than most mineral water. Although retailers claim that discounting prices does not impact how much they pay farmers since they are absorbing the price cuts themselves, more and more farmers are quitting the market and the number of dairy farmers in Britain has decreased by half since 2002.

Together with supermarket pressure, the international market also concurs in determining milk prices in the UK. In the past year, perfect weather for milk production around the globe created a glut. At the same time, Russia has banned the import of European dairy products and China is not consuming has much milk as it was expected. Therefore there is an excess supply that is causing prices to fall. The British dairy market has two options for keeping the prices down. The first one is to stop producing and importing from countries where the production is cheaper. Despite consuming four-fifths of the milk it produces, Britain currently runs a dairy deficit, as it imports more than it exports. The UK imports about 350,000 tonnes of soft cheeses, 100,000 tonnes of butter, 100,000 tonnes of cheddar, and half of the yogurts and chilled desserts that can be found on the supermarkets’ shelves. The removal of milk quotas by the European Union at the end of this year is likely to bring new challenges to British dairy farmers. As the market will be turned into a free market, production will increase, making prices fall even more.

While many dairy farmers have gone out of business, production has stayed about the same because the remaining farms have become bigger. With the milk prices falling and energy and feed costs increasing, American-style massive industrial unites seem to be the only feasible alternative to stop producing. Yet, industrial farming methods have been criticized by animalists for their cruelty and by environmentalists for their unsustainability. Eventually, as Ros Coward has observed, producing decent food isn’t cheap and if we want food produced in ways we feel confident about we need to be willing to pay more for it.