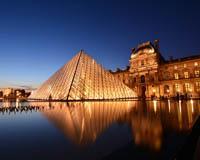 Oslo, the city that buys waste

Oslo is one of the top sustainable cities in the world. The capital of Norway has been investing in the development of technologies for the production of renewable energy and energy recovery for decades.

The book? A recent discovery in the world of contemporary architecture

In Norway when it comes to innovation the first words you hear are culture and environment. The autumn of 2014 will bring as a dowry to the city of Oslo a municipal public library that will be fully functional a couple of years later and whose specificity is the integration with the whole urban context around.

In times of crisis a new way of living is being developed, cohousing. It means leaving together while still having one's own individual spaces, rediscovering the true value of neighbourhood that urban forms of existence have quashed.

When art and faith collide

Who would have ever thought that cave art dating back more than 8,000 years could be treated like an 'infidel' and found guilty of religious offence to such an extent that they have to be obliterated? That's what happened in the fall of 2012 in the Atlas Mountains in Morocco, when a group of Salafi Muslims destroyed a number of prehistoric stone carvings at an archaeological site.

A British crowdsourcing project brings the everyday heroes of the First World War back to life by Tom Highway Everyone was at that ‘party’. Paul Klee, a leading figure of Expressionism, Cubism and Surrealism, as well as of the Bauhaus movement, painted camouflage on German fighter planes. Maurice Ravel, the composer of Bolero, was a volunteer truck driver near Verdun. Basil Rathbone, cinema’s Sherlock Holmes, slipped behind enemy lines disguised as a tree, freeing hostages and sussing out military secrets.

The UN high commission for refugees and the Swedish firm Ikea have joined forces to come up with something better than a tent for those who, following some disaster or other, have to leave their homes. According to the UNHCR – the United Nations Refugee Agency – about ten percent of the world's three and a half million refugees are housed in tents of one sort or another, and end up living in them for an average twelve years after whatever disastrous event it was that caused them to flee their prior lives in the first place. “Our tents have not evolved very much over the years” says Olivier Pierre Delarue, of the UNHCR. “They still rely on canvas, ropes and poles – and they usually only last for around six months.” They are also freezing in the winter, sweltering in summer, could be considered a fire hazard and usually have no internal illumination. Field tents are, in other words, very poor long-term accommodation, a perfectly horrible residential environment in which to live and to raise children - in which, that is, to try and rebuild an acceptable existence. A great deal of research is currently underway on temporary shelters, structures where refugees and victims of natural disasters can find shelter and at times even (relative) stability, while they are waiting to be relocated in permanent housing. Most often tents or, depending on your luck, prefabricated constructions, these structures are initially the most sought after havens where a family can stay together under the same roof. These lodging quarters must meet numerous mandatory design prerequisites: they must be quick and easy to assemble; as lightweight as possible to facilitate transportation and compact when packaged to ensure easy storage; they must be modular in design and highly accessible in case big numbers of units are needed at short notice. Specifically, the very concept of temporary housing implies constructions that even in desolate or destroyed areas can guarantee basic amenities and sometimes even a level of comfort, and by and large they should provide occupants with all they need to try and recreate a normal living routine. However, the use of this kind of structure does still pose problems that have yet to be solved: they require a wasteful excess of material and manual labour, take too long to produce and the final cost is much too high. To give an idea of just how high, on 14 March 2011, three days after the devastating tsunami hit Japan’s north-eastern coast, local authorities ordered 30,000 prefab units, followed by another such order in April. These are startling numbers given that the price of each module, with its associated construction and infrastructure costs, was as high as five million yen, or nearly 40,000 of today’s euros. Obviously, each individual country’s climate, standard of living and local currency drastically influence costs. Just as obvious is the fact that there is a genuine – and large – market for these structures, which has generated increasing interest in their original physical and conceptual redesign and ultimately in the commercial opportunity they offer. In recent months, a particularly noteworthy prototype has been produced thanks to a collaboration between the IKEA Foundation and the United Nations High Commission for refugees, as the UNHCR’s Delarue explains: "We realised that the plastic sheeting we were using to build temporary refugee shelters was almost exactly the same material that Ikea uses for its shopping bags plus they had expertise in very specific areas – such as logistics and flatpacking – that we could certainly learn from and use to our advantage." The structure, which only takes four hours to assemble, resembles a prefabricated garden shed and is made out of lightweight laminated panels attached to a simple tubular frame, providing both protection from the sun and thermal insulation. Like the company's other products, the polymer panels come packed in a flat box, along with a bag of pipes, connectors and wires and - very likely, but Ikea has not yet published the exact details - a cartoon guide to assembly and a tiny hex wrench... The shelters are designed, like one of Ikea’s bookshelves, to be easy to transport and easy to set up wherever they are needed, according to the company's Refugee Housing Unit. The plastic panels used in these constructions can last up to three years and the kit also includes a roofing assembly with a metallic layer that reflects the sun during the day and helps keep the heat in at night, as well as a solar panel to provide the shelter with light and electricity. A further advantage of the design is that the square floorplan with vertical walls and a pitched roof also allows the structure to be upgraded over time. Mud walls and corrugated iron roofing - materials commonly available to refugees - can easily be added to make the structure much longer-lasting. The project is still at the prototype stage. Ikea shelters, each able to accommodate five people, are being tested by Somali refugees in the UN refugee camps at Dollo Ado, Ethiopia, as well as by refugees in Iraq and, most recently, in Syria.

There is no place for India in the Taliban’s Afghanistan

Afghanistan, the Taliban and the social media

The Baltics and Poland vs Belarus: when a migration crisis becomes a political crisis