POINT OF VIEW – The hurtful war

An civil war is taking place far away from the global limelight in Osama Bin Laden’s native country.
redazione 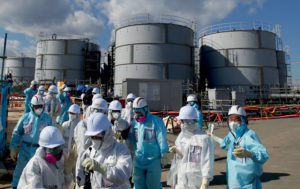 Nuclear power, formerly the environmentalists’ sworn enemy, is now being reassessed to confront climate change. But what about nuclear waste?
redazione
20 December 2016

For Russia, the Middle Eastern map is fine as it stands, a little counter-revolutionary tinkering is all that’s needed.
redazione As we did last year, we’ve carried out a survey amongst our readers (in almost 40 countries), asking who among the top ten most influential people of the past year has had the greatest impact on our lives. The respondents have crowned King Vladimir Putin by a broad margin, and thus we have dedicated the cover to him. The portrait is the creation of Alessandra Alma Masi’s tormented irony, the artist who drew a wonderful portrait of Queen Elizabeth II for our Brexit cover, our best-selling issue. In the English version we have chosen to leave  the  W in Wladimir (an archaic spelling from German) as a way  of enhancing the imperial thrust,  so reminiscent of the First Reich. ..and also, perhaps more subconsciously, of a graphic mural  inscription hailing the result of our survey: at a time when true leader are at a premium, W Putin!! A distant second and third came British Prime Minister David Cameron, who called last June’s disastrous referendum, and Turkish President Recep Tayyip Erdogan, in power since 2014, but effectively the country’s overlord for the past decade.
redazione