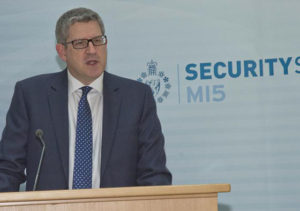 Should the United Kingdom increase its security services’ powers?

Following the recent Paris attacks, the security services of many countries have called for more powers in order to constrain the terrorism threat. In the UK, Andrew Parker, the director general of MI5, one of the three British intelligence agencies together with MI6 and GHCQ, held a speech on Thursday in which he illustrated to an invited audience the increasing level of threat posed by the Islamist inspired terrorism to the UK’s national security and the corresponding drop in the agencies capabilities to stop it.
redazione