Cheese? We love it!

Recently, I wrote an article about a girl who I met here in London few weeks ago, which does a very special job: the strawberry’s taster. Today I’d like to talk about a dear friend of mine who does a job very interesting and unusual: she is cheese “curer”. No, she’s not a real doctor, but is one of the most knowledgeable people I know about one of the foods that I prefer most in the world. Let me tell you something more about here, to start.

Marianna, class 1988, was born in Sondrio in Valtellina Valley, famous for its wines and the ancient cheese-making tradition. Despite the close link with his homeland, the passion for languages, foreign cultures, and of course for food have led Marianna to leave home rather early and lived in various places in Italy and abroad. After a degree in languages for international tourism, she studied for some time in Oxford and then in Russia in St. Petersburg. She then returned to Italy and started a master’s degree in Food Culture and Communication at the University of Gastronomic Sciences in Piedmont, near Bra, in the heart of Langhe, native land of Slow Food. During the period in Piemonte, she discovers a strong interest in dairy products and decides to enroll in a course to become “cheese taster”. Initially what interested her the most was that essentially from four different types of milk (in the West, cow, goat, sheep and Buffalo ‘s) you can arrive at different results. Only in Italy, seem to be in fact more than 400 different types of cheeses.

Her interest in some particular cheeses brought her sometime in places “out of this world”, for wxample in tiny little mountain pasture to see how they make cheese from scratch. Among these, there are some cheeses that are recognised as the finest in the world and I, that I was lucky enough to try some of them, I can truly say they are really amazing.

Today she works for a company that did own this antagonism toward industrial cheeses. You’ll probably be quite surprised to discover that England has its own dairy production and you’re asking yourself if between the famous Stilton and Cheddar cheese there are others in England. Well, the answer is Yes. 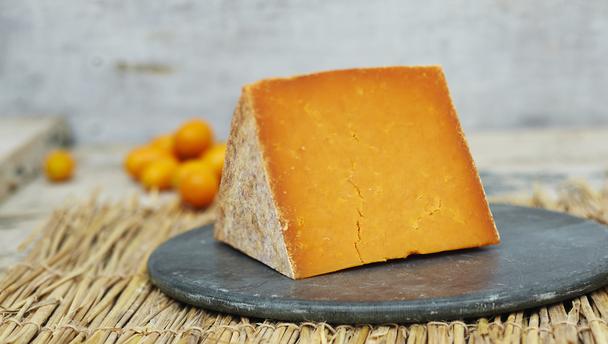 We also talked a lot about the relationship that often exists between vegetarians and cheese and she thinks that, in theory, those who choose to be vegetarian should not eat cheese. To coagulate the milk they use in fact, in most cases, animal rennet, a mixture extracted from the stomach of infants calves, sheep, goats or sometimes even pigs. But even vegetarians however should not despair because there are also cheeses made with vegetable rennet obtained from plants. The most common is the thistle, called scientifically Cynara cardunculus.

Put cheese in the refrigerator isn’t wrong, in most cases is the right choice. However, there are some steps that will allow you to always have your cheese in perfect conditions: it should never be kept in plastic or aluminum. Seller should always give you a particular wax paper allowing the cheese to “breathe” without drying out. One another thing that is pretty obvious but almost nobody does: pull out the cheese from the fridge one hour before serving. When it is too cold, is almost impossible to appreciate the richness of its flavors. In addition it would be a good idea to keep the cheese-wrapped in the famous waxed-paper I mentioned before in the vegetable drawer of the fridge. Cheese, in fact, need a moist environment to “survive” and the salad and the vegetables together are able to create this optimum condition.