China has paved a new path for global governance away from US dominance towards new supra-national institutions. But concerns surrounding 5G and Covid-19 have put this under immense strain 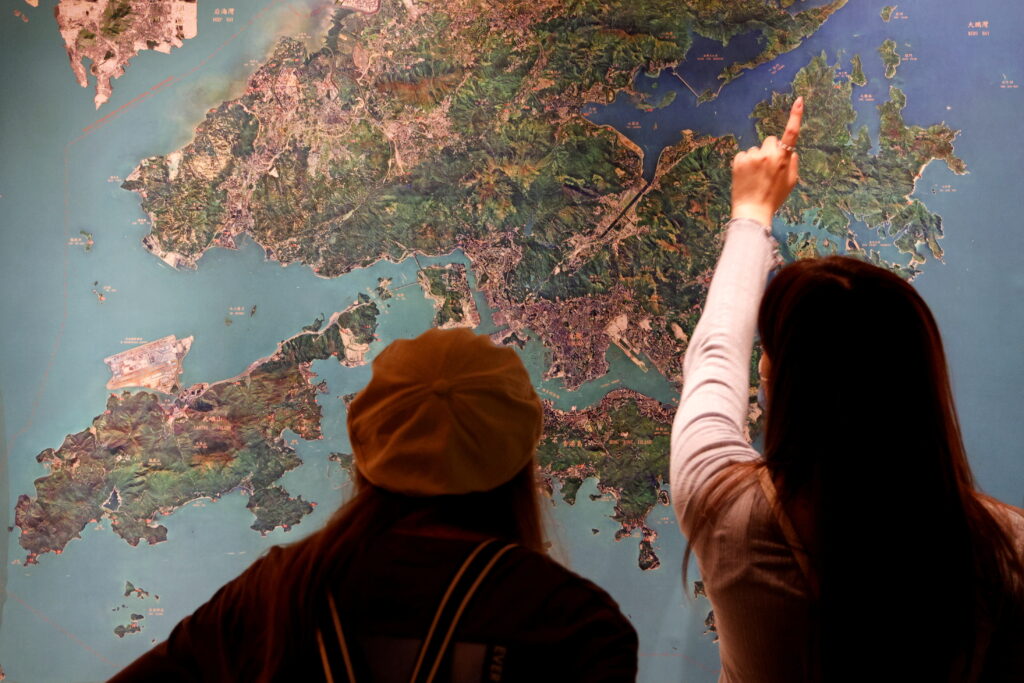 Visitors look at a map of Hong Kong at the exhibition “The Hong Kong Story” in the Hong Kong Museum of History before it closes for an extensive revamp, in Hong Kong, China October 16, 2020. REUTERS/Tyrone Siu

As a driver of reform to a global economic governance system centred around US dominance and neoliberal structures, China has paved the way for change through its initiation of new supra-national institutions and norms, focused on investment and spearheaded by the Belt and Road Initiative. Whether these changes will be stunted or undermined by the events surrounding the pandemic, remains to be seen.

The neoliberal principles underlying the global economic system since the consolidation of the unipolar world in the aftermath of the USSR’s demise in 1991, have experienced a major backlash across the world. Restraints on the alignment of national policy choices in accordance with the monetary stability policies of the IMF and World Bank have been to the detriment of the Global South. Sharp cutbacks to public welfare through Structural Adjustment Programmes have exacerbated poverty in developing countries. The heavy economic burden of the 2008 Financial Crisis caused by the reckless actions of banks and other lenders in the name of market growth and prosperity, further discredited a system purporting to stand for freedom.

It is here that China has presented a desirable alternative. As a country which accounts for more than 15% of world’s GDP, yet accorded only 6% of the voting share in the IMF and World Bank, China paved the way for reform with new financial structures which would better reflect the interests of countries disillusioned by the Washington Consensus. The Asia Infrastructure Investment Bank, set up in 2013 to deal with infrastructure problems in the Asia-Pacific region, has already invested trillions of dollars since its inception, with Beijing’s ceding of its veto authority on policy and lending decisions a clear step towards change in global governance through a multilateral approach.

Spearheading this newly emerging economic system, the Belt and Road Initiative infrastructure investments have spanned over 126 countries, seeing an average annual growth rate of 5%, with direct investment by Chinese companies surpassing $90 trillion from 2013 to 2018. Yet whilst it would be easy to conclude that this initiative is part of a wider Chinese effort to combat American led governance, the issue is not so clear cut. As opposed to a resurging Cold War adversarial conflict in international relations between the US and China, perhaps this is simply a manifestation of long-overdue international financial diversification embodying a more inclusive East-West co-governance. In this sense, the AIIB can be seen to address the limitations of the existing global governance system and the inherent problems which come with superpower dominance of the world’s financial architecture.

The burgeoning of a new multilateralism

China leading up to the pandemic seemed highly integrated into the international system. While the schism with the US may have painted a picture of an ostracised actor in the world economy with the trade war, fundamentally, the two economies continued to depend on the other for their survival, with China as the world’s manufacturing centre and the US’s single biggest export market.

The burgeoning of a new multilateralism with China’s increasing role in shaping global economic governance has proved highly successful in relations with the EU, seen as the third major economic player on the international stage. Evidently, the EU’s geopolitical interests were harnessed through the adoption of a ‘EU-China 2020 Strategic Agenda for Cooperation’, which recognised the mutual benefits of close cooperation in the economic and geopolitical sphere.

The digital turn in global governance

But then the Covid-19 pandemic struck. In an instant, the world was plunged into uncertainty and paralysis of the global economy sent shockwaves through the international financial system. China certainly did itself no favours in trying to deflect blame of the crisis onto other countries, forfeiting its credibility as an “innocent giant” to the world. The discovery of internment camps in Xinjiang came as a hammer-blow for a country, which prides itself on a policy of non-interference, and had ramifications for its role in global governance. The crucial issue brought to light was of interdependency. Most clearly shown with the role of 5G. The stringent regulatory measures towards the Chinese telecom giant Huawei over its involvement in European 5G networks by the EU demonstrated the resurgence of fears over technological sovereignty in Europe, outlined in the 2020 “EU toolbox of risk mitigating measures”.

The digital turn in global governance leaves China in a precarious situation given the crackdowns on Chinese technological involvement. There is surely a risk that the progress made in the reconciliation of the east-west divide will be reversed based on these fears. The full extent of economic implications of these fears remains to be seen.

But China’s role in global governance may be determined more by the domestic issues which have cast a shadow over its future. As global demand has slumped in the wake of lockdowns, the impact on labour relations in China has proved most devastating.

Will this pandemic prove to be the tipping point for China, who in the midst of spiralling societal inequalities and domestic instability, must adapt to these changing circumstances? Such conflict is not new. 2010 saw multiple waves of labour unrest, reconciled by governmental wage increases. How will the CCP maintain legitimacy in this crisis? Beijing has already begun to focus on the rising middle-class, which has acted as the epicentre for the rapidly emerging consumer economy. But this transition will take time. And this may be time China doesn’t have.

Undoubtedly, the Belt and Road Initiative will maintain its crucial role in infrastructure development in dealing with the economic fallout caused by the pandemic. Perhaps this could be how CCP maintains its authority, seeing as it has become synonymous with China’s image abroad. This could prove most critical in the distribution of vaccines and stimulating economic growth as countries emerge out of lockdown. No matter the course the pandemic will take, one thing is clear: the extent to which China will be seen as a credible leader for global governance has now been severely undermined.