IT
Riding the russian rollercoaster

The Snowden affaire, the war in Ukraine, Western sanctions and Russian counter-sanctions, the expulsion from the G8 and the threat to close the Russian airspace to civilian flights Europeans and Americans. Yet there is nothing more wrong than to bring in the Cold War. 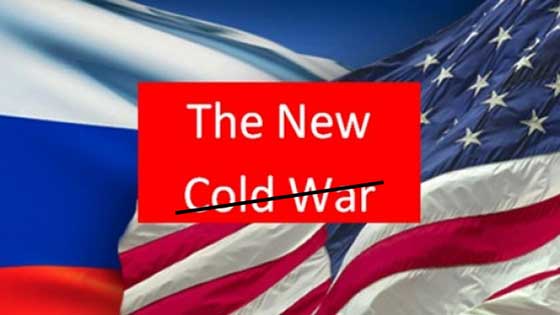 “Something is happening this summer that could have serious repercussions on the foreign policy of the EU and the USA, and it is not what enkindles the crowds of the Middle East.” This is the lead of an article I wrote in August 2013 about the Russiantrade war on Ukraine. Euromaidan was not yet born and Yanukovych was firmly in power, the hypothesis of the signing of the Association Agreement with the European Union was still on the table and it did not even seem impossible for Ukraine to join Putin’s Eurasian union. “Yanukovich’sdecision will be neither easy nor costless for the country”, I wrote. We all knowwhat happened next.

My article was issued in a time when not a week passed without some disagreement between Russia and the United States. The Snowdenaffaire, the Magnitsky Act, the law against adoptions of Russian children by American citizens, the Putin’ssensational letteron American “exceptionalism” published by the New York Times. Alredy at that time – well before the crisis Ukrainian would turn out in an open conflict –manyspoke of a return of the Cold War. Once again, I wrote that it was a mistake to refer to a historical precedent, that relationships between Russia and the West had never been so intense and that a whole series of assumptions were missing.

Why there is no cold war

No, really, the cold war has nothing to do with our days. Analysts are unanimous in saying that it is merely a journalistic simplification. A cliché used to give a simple explanation of the Russian, European and American moves around the crisis in Ukraine, the result of “a trivial cognitive inertia, which leads us to interpret today’sworld with the criteria of yesterday’s world”, in the words of Alessandro Colombo, ISPI fellow. Let’s see why.

1. At the time of the Iron Curtain, USA and the USSR were both two global superpowers. Although according to some historiansthe American hegemonyhas never been challenged, there is no doubt that the Soviet Union had a global dimension that could interfere with American foreign policy. Putin’s Russia is far from being a global actor, it is rather a big regional player that claims the right to act in its exclusive sphere.

2.An ideological opposition was pivotal in the clash between the West and the Soviet world.The Ussr opposed the communist doctrineto the materialistic capitalism that ruled the rest of the world. They had two different worldviews. Today, both Russia and the Eurasian Union (which many insist to call a remake of the USSR) are not carriers of any ideology.

3. Russia is not a threat. It is not, at least, for America and parts of Europe. It is not like the USSR used to be, when the possibility of a nuclear war was constantly on the tables of diplomacies and the Red Army spoiled the sleep of NATO’smilitary commanders. The Russian expansionism, or whatever, is only a reflection of its dimension of aregional powerthat sees its role as threatened.

4. Russia depends on the West as much as the rest of the world depends on Russian raw materials. The Russian budgetisliterally funded by the export of energy, which constitutes as much as 50%. To get an idea of the dependence of the Russian economy on gas and oil trade, just think that the multi-annual budget break-even is set to a price of crude oilat $ 100 per barrel. A much lower price would cause a catastrophe. It is clear that Russia cannot afford to lose its best creditworthy customer, i.e. Europe.

5. The world of 2014 is not that of 1960. The international economic links are more tight and interconnected. Russia is a member of the WTO, the Council of Europe, the International Monetary Fund and many other international organizations. A Cold War scenario is not convenient to anyone and mainlyto Russia. The international isolation, besides the nationalist rhetoric directed to the domestic audience, it is a bugbear for Putin and for the oligarchs who support him. It should not be a coincidence that the Russian Foreign Minister, SergejLavrov,called a few days ago for a new reset of relations with the United States.