Sweden has produced a proud and functioning example. Let’s look at its results that rely on a great sense of individual responsibility 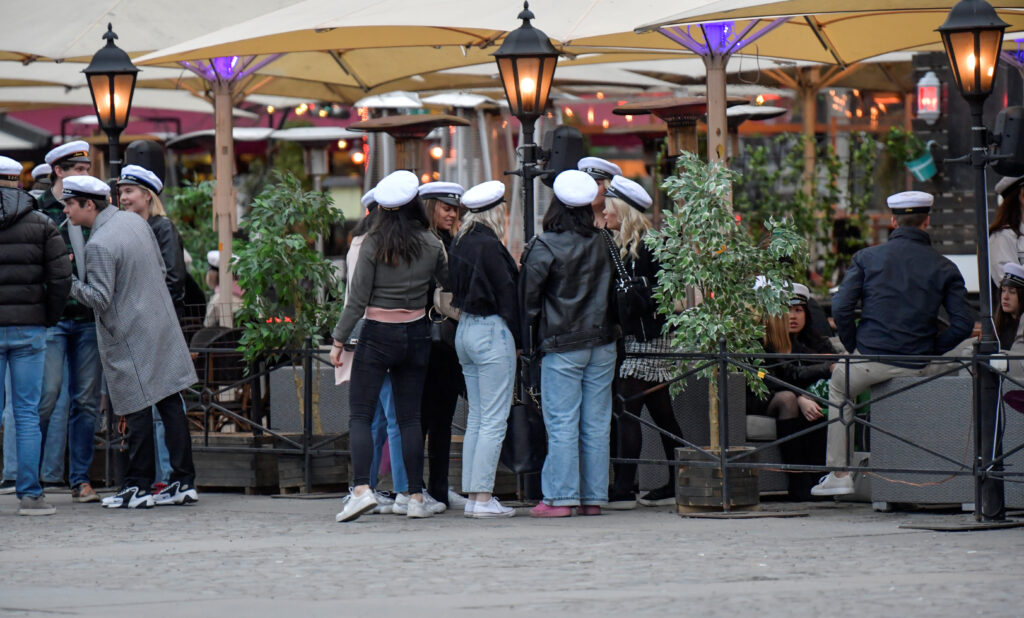 The last few weeks have been animated by the debate on the ease the lockdown, in Italy as elsewhere. Political forces clash, balancing between the needs of giving breath to the struggling economies and of safeguarding the health of citizens. In this context, an exception has attracted the attention of many: it is the case of Sweden, which chose a route that is alternative to the preventive lockdown dictated by public institutions.

Unlike most of the other states, the Scandinavian country has not opted for measures of extensive closure. The local Public Health Authority, favoured by the possibility to witness the developments of contagion in other contexts first and to take decisions in a non-critical situation then, justified the choice with the will to adopt a model sustainable in the long term. Therefore, the authorities have limited themselves to prohibiting meetings of more than fifty people, closing museums, requiring bars and restaurants to ensure distancing between their customers, and little else.

Sweden was quickly labelled by many observers as the next country that would pay a high toll in human lives for not having promptly implemented lockdown policies. Yet, at least for the moment, these dramatic expectations have fortunately been dashed. Stockholm has not experienced an explosion in coronavirus cases and an overload of the healthcare system, and the numbers of daily casualties and of people in intensive care have remained relatively stable over the last three weeks. Nevertheless, the situation needs to be analysed more thoroughly if we want to avoid that the Swedish model, after having been hastily deemed as doomed to failure, is now to be prematurely praised as successful and applicable elsewhere.

The first reason for this momentary success is the great civic sense shown by a large number of Swedes. In fact, the last weeks in Stockholm have not been “business as usual”, at least for most of the citizenry. The population has, on average, taken the government’s recommendations on social distancing very seriously. Moreover, many have decided to avoid unnecessary movements and have voluntarily taken the precautions that had been imposed in other countries. Reactions of a very different kind from the ones which sadly distinguished, for instance, those of our fellow citizens who were taken by the irrepressible urge to enjoy their mountain retreats in the mid of a global pandemic.

The Swedish predisposition for the common good has been reinforced by the sense of pride instilled by the speciality of the experiment. The public opinion has mostly backed the atypical approach chosen by the authorities and, with a pioneering spirit, has strengthened its support for the government. Prime Minister Löfven’s Swedish Social Democratic Party has witnessed a rise in the polls of six percentage points since the beginning of March and has seen its position face to the opposition being starkly reinforced.

The second factor that is probably playing a decisive role is the composition of households. Sweden has a high percentage of its population living alone and is the last OECD member in terms of the average number of peoples per household, distancing also its Scandinavian neighbours in the ranking. It is fair to assume that this characteristic has slowed down the spread of the virus, since various national and international estimates have shown that, in other countries, a large proportion of the infections occur precisely between people living together.

The coincidence of the two factors has, for the time being, allowed Sweden to implement soft measures without compromising the solidity of the health system. However, the policy choices are not without criticisms or question marks. In a letter to a major local newspaper, 22 members of the Swedish scientific community recently called for more stringent measures and accused the Public Health Authority of endangering the lives of many, without even having any strong reason to do so.

Although the numbers of deaths per day have remained stable and well below those recorded in the most affected countries, Swedish casualties are comparatively many more than those recorded by Denmark and Norway. The latter states took moderate lockdown measures before the infection could spread in their territories and, until the 2nd of May, mourned 82 and 39 deaths per million inhabitants respectively, against the 262 of Sweden.

Moreover, although the psychologically positive effect of implementing lighter measures is not denied, the approach does not seem to have saved the economy from a severe recession. The soft provisions have certainly helped sectors such as catering and hospitality, but the country will still suffer for the sharp drop in its exports. Finance Minister Andersson announced that estimates suggest a 7% contraction in GDP for 2020, in line with the national forecasts of other European countries.

Finally, the system is threatened by the increase in people’s movement that has been recorded in the last two weeks. In fact, the model’s resilience seems to have conveyed a dangerous sense of safety, which, in turn, could have undermined the component of civic responsibility that marked the first phase. For example, nightlife has started to pulse again and the freshly graduated Swedes stormed the bars and pubs of the capital to celebrate with their friends. Löfven warns that “it is not the time to relax”, with effects yet to be assessed. As the desire for normality begins to erode the civic-induced precaution, the model has now to prove to have the very characteristic for which it was chosen by the authorities: long-term sustainability.

However, accomplice the perhaps precocious patriotic pride aroused by the speciality of the experiment, the sinister shadow of one of the most famous Swedish stories makes its way through our minds. Housed in a dedicated museum in the centre of Stockholm, lies one of the main attractions of the country: the beautiful wreck of the Vasa, a seventeenth-century vessel. The ship was built under the orders of King Gustav Adolphus himself to celebrate the greatness of his fleet and, consequently, of his powerful kingdom. It was inaugurated with a sumptuous ceremony in the presence of the local nobility of the time, and took to sea between wings of feasting crowds… just to capsize and sink a kilometre and a half further away, easily unbalanced by wind and tides because of that disproportionate and almost overwhelming height that should have been the new symbol of Swedish supremacy.

And so, while we observe the developments of the proud model flying the yellow-blue crossed flag, an experiment nowadays symbol of hope for a more peaceful coexistence with the virus, we wonder whether it too is bound to sink dramatically or, on the contrary, it will set sail for safer and more pleasant waters. Only time will tell. Needless to say in which of the two eventualities we put our hopes.