Covid: Recovery Fund is needed for the EU recovery

The Next Generation EU will emphasise the importance and responsibility Member States have, not just to protect and recover their economies but also their citizens 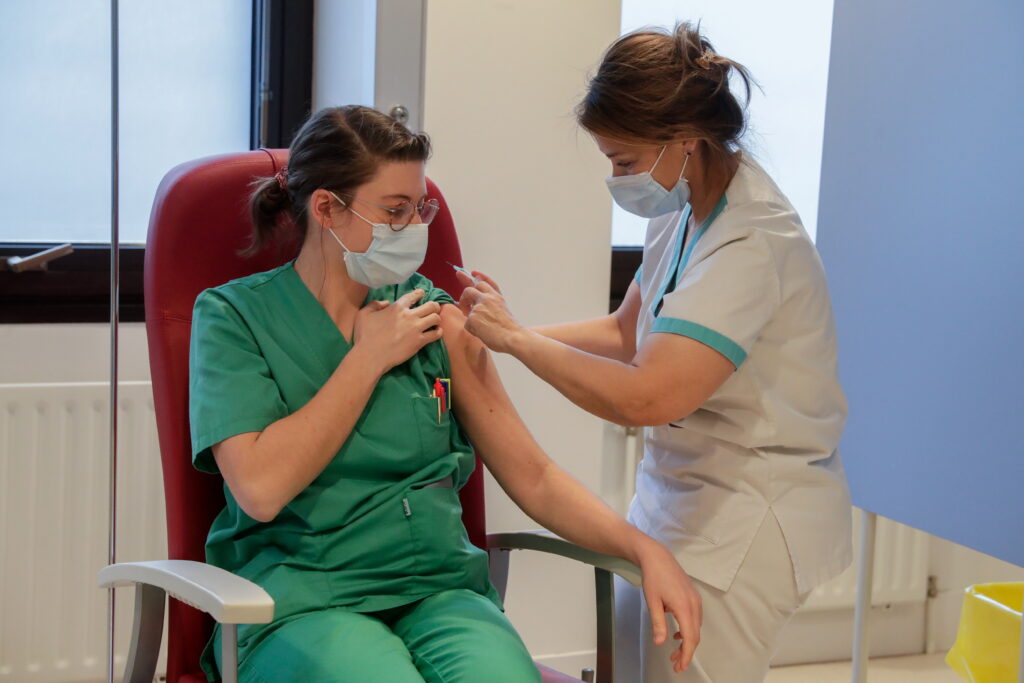 A hospital staff member receives the Moderna COVID-19 vaccine at the Etterbeek-Ixelles site of the Iris Sud Hospitals in Brussels, Belgium, January 18, 2021. Stephanie Lecocq/Pool via REUTERS

With the new decade came a new virus that has turned millions of lives into drama and has besieged democracy. This virus not only became a pandemic but has also revealed the fragility of the global health sector, political scepticism towards the Chinese government and the weaknesses of EU economic governance.

Unfortunately, actionable response to Covid has moved far slower than the virus itself and the EU has found itself racing against time to save its people. The EU may not have previously appreciated the value of time but it is now desperately seeking more. Despite this progress has been slow.

The first funds for Covid research were introduced in January with €10 million allocated to the Horizon 2020 programme, to support research into the new disease, not long before the first cases in Europe had been confirmed. By March the EU had launched a plan to protect critical European assets and technology, specifically, EU companies in areas of health, medical research or biotechnology, with €2.7 billion from the EU budget allocated to the EU healthcare sector by mid-April. It wasn’t until 5 months after the initial appearance of Covid though that the EU Commission presented a recovery plan for Europe, with the recovery instrument: Next Generation EU. Similarly, the term “vaccine” wasn’t discussed by the Commission until the end of July. Furthermore, by the end of October, the EU Commission realised that their efforts had fallen short and launched an additional set of measures.

The Next Generation EU instrument introduced in May aims for a sustainable, inclusive and resilient post-Covid recovery. The instrument is the result of months gruelling negotiations between Member States, as is the historic agreement reached in July on the MFF expenditure that foresees a €750 billion budget powering the post-Covid recovery. Sustainability, digitalisation, research innovation, and healthcare are the guiding lines to build a more resilient European Union after the Coronavirus pandemic. It can be argued that the Recovery Fund provides an economic opportunity for countries to rebuild their economies. For example, the ‘latecomer’ countries can get back on track with more developed countries, provided that innovative investments are made.

However, there are concerns that the conditionalities levied by the Commission may affect the implementation of recovery plans. Unanimity requirements and warring opinions have led to many deadlocks and delays in the negotiations. Many believe that Europe needs a smoother decision-making process and a long-term perspective. This perspective must also go beyond the economy and hopefully, the Next Generation EU instrument will emphasise the importance and responsibility Member States have, not just to protect and recover their economies but also their citizens.

This new perspective is important because Covid presents a unique challenge; unlike other crises experienced by the EU, it is foremost a social crisis that has crashed the economy rather than a financial crisis that has led to social issues. In response to the 2008 crisis, many governments imposed austerity measures, prioritising the economy over social justice. This can’t be allowed with the Covid crisis; this crisis goes beyond the economy and thus the response must also go beyond the economy. Negotiations have been interrupted not just by dissonance on the value of the fund, but also about links to the Rule of Law. A divide in political and cultural values has therefore also disturbed economic unity.

The EU first began as an economic committee and although there has been a significant evolution since, the EU still has a primarily economic focus. A crisis like this may be the necessary motivation to coax the EU to go beyond and focus on its citizens and their social needs. There are still various obstacles that prevent this, such as the treaties and the decision- making procedures but still, there is hope and that is something that unites all 27 countries.