A British crowdsourcing project brings the everyday heroes of the First World War back to life by Tom Highway Everyone was at that ‘party’. Paul Klee, a leading figure of Expressionism, Cubism and Surrealism, as well as of the Bauhaus movement, painted camouflage on German fighter planes. Maurice Ravel, the composer of Bolero, was a volunteer truck driver near Verdun. Basil Rathbone, cinema’s Sherlock Holmes, slipped behind enemy lines disguised as a tree, freeing hostages and sussing out military secrets. 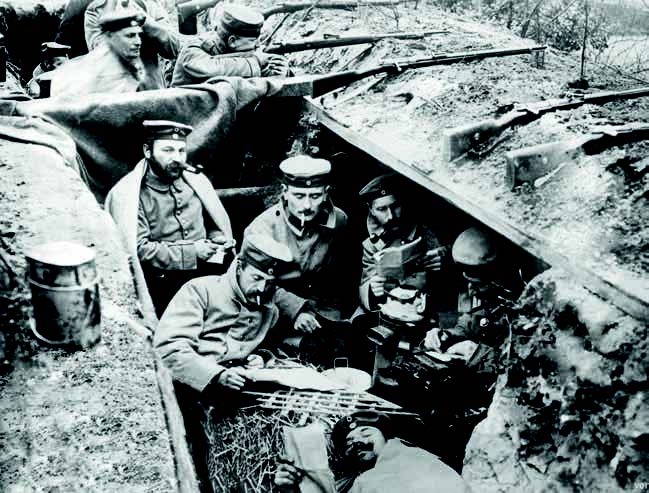 There is a wealth of information on the actions of the most celebrated personalities of the time during World War I, but the same cannot be said of everyday people, 65 million of whom fought and suffered in the trenches. And the nine million men and woman who never made it home. Today, however, an unprecedented research project is bringing back to life the memory of these unsung heroes, tracking down their names in a sea of coordinates, abbreviations, acronyms, and dates.

It is the interactive website Operation War Diary, a joint project of the official National Archives of the British government, the Imperial War Museums organisation and the portal Zooniverse, a Wikipedia for scientific research.

“[Operation War Diary] will allow us to give half-a-million or so people a place in history, people whose names are currently strewn throughout 1.5 million documents”, says Luke Smith of the Imperial War Museums.

Names such as Captain Mazzini Tron, the ‘boxing clergyman’ of the Queen’s Royal West Surrey Regiment, who secured the surrender of a German officer in a fistfight. The National Archives is digitalising and publishing the war diaries as it receives them. Two thousand pages were already online in January; 3,987 have just been added and many more will follow.

The huge volume of material that will gradually become available as the project progresses is what inspired the organisers to turn to crowdsourcing, allowing them to involve the public at large in helping organise and catalogue the massive amounts of documentation.

Thanks to the community platform Zooniverse, anyone can access the original texts and add to them, with news, stories and images. In just eight weeks, Operation War Diary has received contributions from over 10,000 people across the globe who have referenced circa 900,000 names, places and operations. It would take one person working 40 hours a week a total of four years to accomplish as much.

The task is by no means easy. After all, these diaries are not the private correspondence and documents of soldiers, but official records held by the many units deployed on the Western Front in France and Flanders from 1914 to 1919. There are command orders, signals, maps and reports: faded with time and written in a calligraphy that is no longer used today.

“Only by working together can we give the public and academics access to information that was previously buried under mountains of papers”, says Smith.

The material gathered through Operation War Diary has three main purposes: to enrich the National Archives, to provide evidence of each individual in a public archive entitled Lives of the First World War, and to present academics with accurate data that will aid them in understanding how the Great War was fought.

“This second batch of unit war diaries”, explains William Spencer of the National Archives, “provides detailed accounts…of the advances in technology that made it into the…war with many mounted troops going into battle at first with swords on horseback and ending the war with machine guns and tanks.” The documents published on Operation War Diary provide evidence that World War I was the first industrialised war, as well as the first to place the utmost importance on intelligence and the experimentation of new tactics, sometimes to comic results. “Every detail was of potential importance for the planning of further operations, and so every possible suspicion would have been reported”, says Langrish. Which is why, in July of 1915, a dog and two cats, observed repeatedly crossing English trenches in Flanders, were suspected of carrying out espionage missions for the Germans.

Ultimately, though, the thousands who are contributing to the project are doing so to reconstruct stories such as that of an ordinary soldier, William ‘Billy Boy’ Cecil Tickle, who lied about his age in order to sign up for the army before the legal conscription age of 19, and fought in the Battle of the Somme (in which The Lord of the Rings author J.R.R. Tolkien also fought), where he died in July of 1916 at the age of 17.

The photograph of Billy Boy, donated by his mother to the Imperial War Museums, will appear on a commemorative stamp that will be printed next July in England and distributed each year through 2018, the end of the centenary of the Great War.