Onward towards our noble deaths

In his manga book Onward Towards Our Noble Death, renowned Japanese artist and cartoonist Shigeru Mizuki sets to paper Japan’s New Guinea campaign during the Second World War, which he personally lived through and documented. 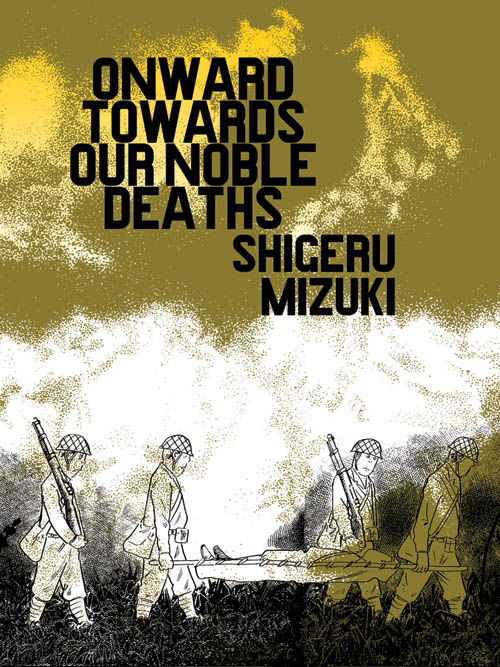 In his first book to be translated into English, Shigeru captures readers from the very first page with the humorous contrast between the dark landscapes of Papua New Guinea in wartime and the carefree Japanese soldiers who, with their comical, cheerful and naïve expressions, seem to have stepped out of a cartoon.

Which is perhaps where the force of this intense, historical manga lies: Shigeru conveys the complexity of war through a stark contrast of meanings and forms that allow the characters to speak with the simplicity and clarity typical of cartoons.

The semi-autobiographical Onward Towards Our Noble Death is based on Shigeru’s first-hand experience of being part of a platoon called up to fight in Papua New Guinea.

As such, it is a faithful and touching account of the last, desperate weeks in the lives of soldiers of a Japanese infantry unit who were reluctantly forced to obey a gyokusai order – a suicide attack performed with honour and out of loyalty for one’s country – which Shigeru himself was fortuitously survived (though he did lose an arm in the war), and which inspired these memoirs.