Making visible what’s missing is a challenge. Though the election, last March, of the Argentinean Pope Francis seems to have invigorated the standing of the Catholic Church in Europe, it’s fair to say that most people under 50 would argue that the Old Continent is increasingly atheist, or agnostic at best. 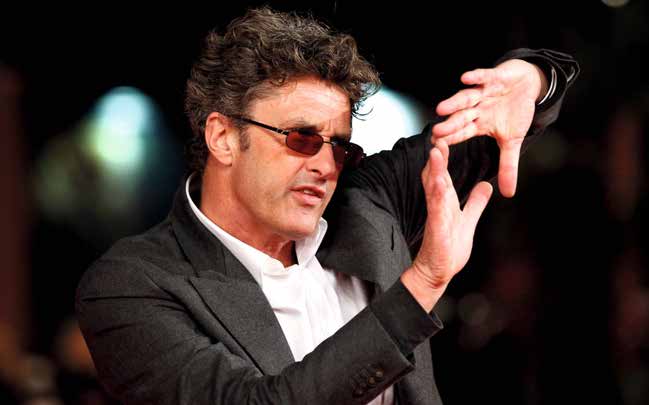 This is an interesting trend – if partially compensated for by the influx of immigrants from more religious nations – in the sense that it’s a phenomenon of absence: it is more often said that a person is not religious rather than that person is an atheist and atheism itself is defined as the absence of a belief in any kind of deity or deities. When talking more specifically about cinema and films that offer a kind of reflection of what’s happening now in society, there are countless films that explore things that are happening in Europe but, strangely enough, there are practically no films about atheism, precisely because it is such an invisible subject. From a screenwriting perspective, atheism offers too little drama: the absence of a belief can’t, for example, inspire a crisis of faith and if one decides to become an atheist, or an atheist starts to believe that something might be out there after all, then the film in question is still about religion at least as much as it is about atheism. Atheism: The Movie will probably never happen, especially not in fictional form. What’s even more of an odd trend is that other recent films that superficially seem to be about religion and embrace it, are often about something else when one probes a little deeper. A fine example of this trend – as well as a simply terrific film in general – is Ida, from UK-based Polish director Pawel Pawlikowski, working for the first time in his native tongue. The story, told in sober black-and-white, is set in Communist Poland in the 1960s, and focuses on Anna (played by impressive newcomer Agata Trzebuchowska), a young novitiate nun who is finally preparing to take her vows. Anna's world is turned upside down when her Mother Superior forces her to meet her sole surviving relative, Wanda Gruz (Agata Kulesza), before finally taking her vows. Wanda, whose nickname is ‘Red Wanda’, used to be a state judge who prosecuted “enemies of the state” (a loosely defined term in Communist times). She reveals that Anna is actually called Ida and that her last name is Lebenstein – because Ida is Jewish. One would reasonably expect, based on this premise, that the film would be about a young girl, who grew up as an orphan in a nunnery and who’d always believed she was Catholic, having to deal with the discovery that she is actually Jewish. And certainly, that could make for an interesting drama, as she’d have to renounce Jesus if she wanted to feel closer to her dead family, even though as it turns out she owes her life to Catholic charity. But the film, though it touches on that subject quite elegantly, isn’t really about that. Written by the director and Rebecca Lenkiewicz, the film digs up the facts that led to Ida’s transformation into Anna as a little girl, opening a Pandora’s box of past atrocities during the Nazi occupation of Poland and the treatment of the Jews by the local population. What on the surface looks like a story about religion is really a story about how the past can come back to haunt you; how everything you believe in could be the result of choices that were made when you were a small child, blissfully unaware of what was going on and, not least, how a specific group (mal)treated another in a dark chapter of recent Polish history – a part of history that’s received too little attention up to now. What’s remarkable about Pawlikowski’s film is that it manages to suggest all this and more even though the film is basically a story about two mismatched women: an entirely gullible and innocent young woman, Anna/Ida, who’s about to take her vows and will remain a cloistered and guiltless creature for the rest of her life, and a judge who drinks, smokes and swears like there’s no tomorrow, has seen all sorts of human evil and who’s clearly become none the better for it. When looking at these two opposites, one has to wonder whether Anna isn’t better off as an unknowing girl shielded from the big bad world, though it’s impossible to argue that she doesn’t deserve to know the truth about her family and what happened to the loved ones she never knew. It’s interesting to realise that perhaps both would have been better off as atheists, though in that case they would probably not have had such an interesting story to tell.