Brightly lit skyscrapers where everyone’s good looking, depressed and violent family life after work, or the unusual retirement of a Mexican janitor and nurse. Film talks about the world of occupation and its many leading characters on and off the screen. 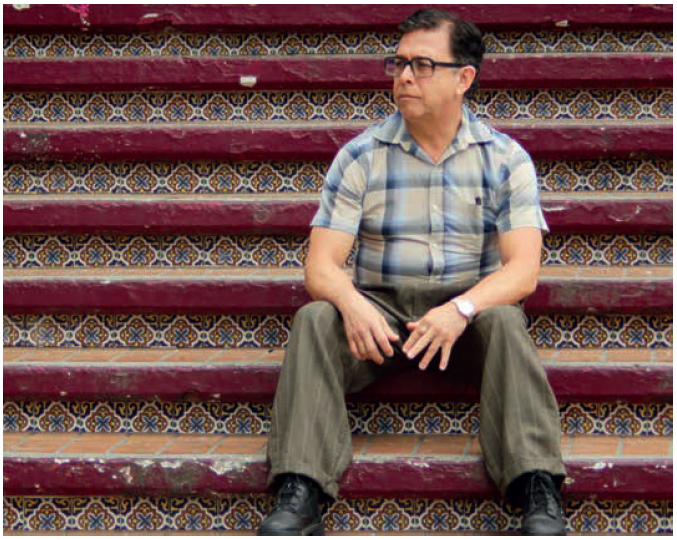 Cinema can offer entertainment that distracts from our daily reality (in blockbuster films such as the Transformers or Pirates of the Caribbean series). Or offer a heightened, more perfect and dream-like variety of it, as in the countless romantic comedies where no one ugly seems to work in an office (unless they get a makeover scene) and where most problems revolve around misunderstandings that have to be straightened out before reaching the inevitable happy end. And then there's genre of documentarylike social dramas that dare to look the world in the eye, most famously embodied , in contemporary art-house cinema, by the films of Ken Loach (Sweet Sixteen) in Britain and the Dardenne brothers (The Kid with the Bike) in Belgium. What's interesting in their cinema is that they are not concerned about showing the life of industrious, working-class people but focus more generally on the difficulties of life in post-industrial towns, where jobs are actually hard to come by and decrepit buildings attest to the former glory and hard work of generations past.

In countries still awaiting post-industrial development — which they may never get to witness — films featuring workers are very different. An outstanding and obvious example, if the title is anything to go by, is the Mexican film ‘Workers’, the first full length feature film by Salvadorian-Mexican director José Luis Valle Gonzalez. It was screened at the Berlin Film Festival this year and at the local Guadalajara Festival, where it won the Mezcal prize for best Mexican feature film.

Workers (very tellingly, the title's in English; there is no Spanish title) tells the parallel stories of two workers who were once married but are now divorced. They have both fulfilled their professional duties with the utmost dedication for years and are close to retirement. But their years of hard work and dedication haven't necessarily been noticed by their employers, who take their hard work for granted. By showing not one but two employees who have slaved away for years — one as a janitor at a light bulb factory, the other as the maid of a rich old lady whose only joy in life is spoiling her pet dog — Valle Gonzalez makes it quite clear that this is not a story about a particular person. The contrasts but especially the similarities between the stories are revealed by constant cross-cutting between the two, thus underlining what seems to be true for both and, by extension, for countless other faceless working-class employees.

The film is set in Tijuana, on the border with the U.S. (actually seen in the film's widescreen opening) and close to San Diego and also features apparently notconnected shots of random streets where people live and work. Together with the obviously plural title — Workers evokes the idea of masses more than just an excouple — this further reinforces the impression that the film is about events taking place everywhere. The janitor, who is actually an immigrant from El Salvador, is told he can't retire because he doesn't have the right papers, though this was never a problem during all the years he slaved away for a pittance. His ex-wife, the maid, looks after her boss's dog and is shocked to find out that after years of silent service, day and night, her employer in her will has left her entire fortune to the pet. Something snaps in both of them when they realize how little they've been appreciated by the people they've worked for and though there's little chance that the events that follow could actually happen in real life, the way the director stages them adds a dark surrealist edge, which helps to underline how surreal their lives have been. The divorcees are self-effacing and hard-working people who have never complained a single day in their lives. But when it finally dawns on them that the gap between employers and employees (and, perhaps more generally, between rich and poor) is one that will never be bridged, they do one simple but very radical thing: they take revenge. In other recent Mexican films workers aren't much better off, though perhaps they don't go to the extremes of the main characters in Workers. In Death Strokes by director Miguel Nunez for example, the protagonist Ivan is essentially a corpse collector. He works for a funeral home and his job is to pick up bodies, including those that have died in accidents and murders. The work is dirty and horrible but Ivan is set on improving his station at all costs. However, the smell of death that surrounds him and his constant dealings with the most wretched, or what they leave behind, makes it very difficult for him. Nunez's film is of course an allegory of the struggle of the honest working classes that often become corrupted because they can't isolate themselves from those even lower down the ladder, something only the rich can afford. Similarly, the young protagonist of Carlos Cuaron's Sugar Kisses, a boy who falls in love with a girl whose corrupt mother runs the market where the kid's father has a stall, is trapped in his social condition and constantly reminded he should never attempt to change it.

The struggles faced by all these characters are not horizontal (like in Loach's films or the Dardenne brother’s films, where the characters just want to find work and stay out of trouble) but vertical; they have a job or occupation that is in and of itself not enough for them to live on; they need to move up the ladder in order to survive and attain a level of dignity.