Our love affair with cars may be ending? 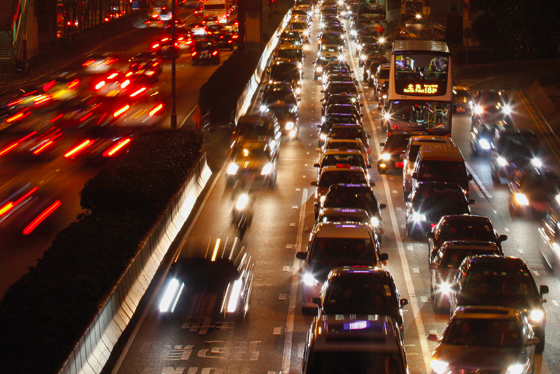 The debate about when the planet will reach ‘peak oil’ – or maximum oil production, causing a subsequent spike in oil prices – has continued unabated since the 1950s. But ‘peak auto’ may have already come and gone, unnoticed.

A recent study from the University of Michigan's Transportation Research Institute on driving habits should make anyone involved in public policy or who earns a living in the auto industry sit up and take notice.

Every year since 2004, Americans (the world’s largest consumers of oil) have owned fewer cars, driven them less, and consumed less fuel. Interestingly, ‘peak car’ happened well before the implosion of the U.S. financial system and subsequent recession, so was not caused by the economic downturn.

Instead, the study by Professor Michael Sivak cited long term structural factors as spurring the trend of driving less.

“It is likely that the decline in these rates prior to 2008 reflects other societal changes that influence the need for vehicles (e.g., increased telecommuting, increased use of public transportation, and increased urbanization of the population),” wrote Sivak in the November 2013 report.

Sivak has also done research showing that fewer and fewer young people are getting driver's licenses. Americans who came of age in the 1950s when Detroit was churning out its chrome-laden wonders or grooved in the 1960s to Beach Boys tunes like “Little Deuce Coupe” will surely pity them. Even into the 1970s, Bruce Springsteen’s breakout album “Born To Run” was crammed with songs about cars. Who today would write a song about a Smartcar or a Ford Focus?

The study points out distance-driven rates could have reached a permanent peak in 2004, but added that “should the number of vehicles per person, per driver, and per household continue to fall, it is possible that the distance driven per vehicle could start to increase and eventually surpass the 2004 value.” It leaves the door open a crack to the possibility that the peak hasn't been reached, while saying it probably has.

The idea that Americans are driving shorter distances with fewer cars consuming less fuel (and the study includes SUVs and pickups as well as cars) will be welcome to environmentalists and to politicians who have spoken up in favor of ‘energy independence’ for the US But the idea of ‘peak auto’ makes automakers in developed countries cringe. Fortunately for them, demand from Chinese consumers is expected to continue unabated.

Chinese car sales rose to 18 million last year, and may exceed 24 million in 2014, the statebacked China Association of Automobile Manufacturers said at the start of January, (while US sales are seen coming in at about 15.8 million cars).

Forecaster LMC sees global car sales breaking through the ‘100 million barrier’ by 2016, doubling in size since the mid-1990s and lead by China, Brazil India and Russia.

But in Europe, not a single forecaster is predicting that car sales will return to their heady highs of 2007.

“We are at a tipping point, socially and demographically, where we’ve reached saturation in terms of density that the countries can absorb,” said Carlos Da Silva, in charge of light vehicle forecasts for Europe at IHS. “We’re seeing more and more restrictions on cars, more investment in public transportation.”

He also cited Europe’s aging population combined with record high youth unemployment as main reasons why Europe has fallen behind China and the US and is now the world's third-largest car market with about 12 million cars sold in 2103 (instead of the largest, as it was before the crisis).

Declining car sales and ‘peak auto’ is forcing car makers to scramble for alternative revenue streams through new businesses like car sharing and other ‘mobility services’.

In Europe, luxury heavyweights Daimler and BMW have both set up mobility services units through which they operate their Car2Go and DriveNow car sharing services, as well as investing in software that lets smartphone users share unused parking spaces in private driveways, schools and churches, for example.

“There's a level of urgency for carmakers to become clever about this,” said EY automotive consultant Jean Francois Tremblay.

Automakers don't really know when and if mobility services can offset declining revenues in the wake of ‘peak auto’. Executives tend to see it in terms of brand-building, customer engagement and the like. Car-sharing is one way to entice young drivers into a car in order to build loyalty ahead of their first purchase.

“Our car-sharing customers are 10 years younger than our buyers,” said Tony Douglas, BMW's Head of marketing and sales for mobility services.

Automakers’ bottom lines wouldn't matter so much but for the fact that they are significant employers of decently-paid unskilled labor at a time when such employers are increasingly few. Traditionally, automakers have offered generations of young blue collar workers a door to middle-class prosperity, bringing benefits to the overall economy as those workers in turn become consumer spenders, as Henry Ford first foresaw when he instituted the $5 a day wage.

‘Peak auto’ will bring benefits to the environment, but fewer jobs for unskilled workers will result in a squeezed middle class with political consequences that have not yet become clear.