If someone who loves Ireland embarks upon a new stay in Dublin toward the end of October, then he feels lucky indeed, while he drags his luggage under the dimly lit eye of pumpkins behind the windows, between shop windows veiled in woolen spider webs, studded of spiders and ghost’s silhouettes, while groups of kids bring with them to the suburbs scrap wood useful for traditional fires.

Halloween is the ghost of another celebration observed in Ireland as well as in Scotland, Isle of Man, Wales and some parts of the current England, throughout the Gaeltacht, the Celtic cultural area: Samhain, calendar date that marked the transition from the harvest season to the dark and dreaded winter. This tradition, almost unchanged, became later widespread to the English-speaking countries, and from there to Western peoples, in a sort of reverse globalization, from small countries to larger ones.

For these reasons, being Ireland certainly a proud heir of the Gaeltacht (the Republic is the only state in which Gaelic is the official language, alongside English) no one will be able to dismiss the spirit of this celebration, that nowadays is called Halloween: so it will wander once again around in the island, figures wrapped in sheets will be hosted in the windows to warn visitors, in pubs pumpkins heads will be hanging between the furniture, shops will sell pumpkin-flavored candy and in the suburbs traditional bonfires and fireworks will take place. 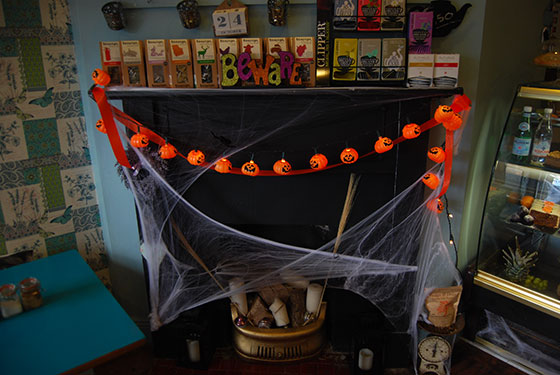 On the evening of October 31st  friends will come in fancy dresses and then although you have been to Ireland many times and even if you were setting long there for the third time, you will inevitably be haunted by something that you thought to recognize, but that again surprises you, an atmosphere suspended somewhere between ironic and grotesque, picturesque and nocturnal. 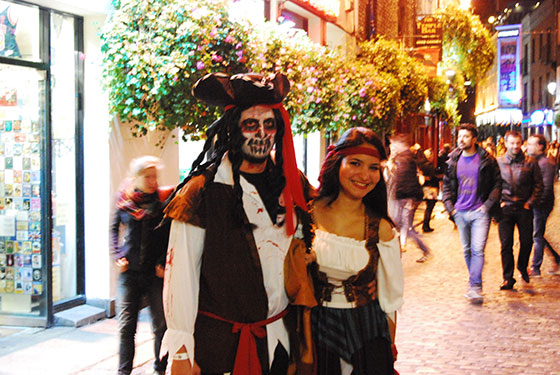 In the meantime TG4 channel (TG Ceathair) will broadcast Harry Potter in Gaelic language, because even ghosts adapt to the times and therefore the bespectacled young wizard born from the pen of Joanne Rowling will not be found at all uncomfortable in bookstore windows, among smiling pumpkins and extravagant skulls, of course if for this night he is ready to accept all the tricks.


blog comments powered by DISQUS back to top