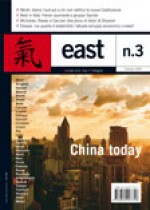 A full field defence of the great accomplishments of the Union. But without hiding the difficulties of the moment: what should be done if one or more countries do not ratify the new Constitution? In an exclusive interview with east, Mario Monti, ex-European Competition Commissioner, proposes that government leaders be the organisers of a second-round vote. A second vote that would verify once and for all, wherever the Constitution should not pass, that country’s desire to stay in Europe, or not. In or out. An example? If the English were called to the polls today, their answer would surely be negative. The widespread anti-European prejudices on the popular level and the substantial opportunism of the economic and financial powers would leave no way out for the new Constitution. But, if Tony Blair were to make it clear to his populace now that the risk is that of leaving the Union definitively, he would surely find immediate, strong and convinced allies in the local manufacture’s association, in the City, in the unions and so on. And at that point, the results of the referendum would not at all be foregone.
In Europe, people are discussing more than the Constitution (with respect to that, we recommend the highly authoritative opinion of a US Supreme Court judge, Stephen Breyer), issues of economy, cultural identity, values and disvalues are also being animatedly discussed. In the field of the economy, people are wondering if the Stability Pact can be reformed and in what terms; or if and when the Euro’s convergence process can be achieved. Contributions from Monti, Coricelli, Carluzzo and Revoltella offer useful elements for better comprehension of the issues. In the field of cultural identity and values, instead, the magazine hosts the contributions of a few of the most well-known intellectuals in Europe: the Polish philosopher Krzysztof Michalski, the French historian Maurice Aymard, the Bulgarian philosopher and historian Tzvetan Todorov, the Italians Gianfranco Ravasi, Massimo Cacciari and Alessandro Profumo.
Finally, things are heating up in Europe over Turkey. A subject that the magazine covers with Letta, Scognamiglio, Akyol and, above all, Mustafà Koc, leader of the most important Turkish entrepreneurial dynasty.
As for China, to which we have dedicated this issue’s cover and Dossier, we have tried to offer a series of contributions (Onida, Tramballi, Mariotti,Weber, Bianchi,Amighini, Chiarlone, Crivelli and Calabrò) that range from economy to politics, from society to culture.

The ten years that shook Europe up

Single market, single currency, enlargement and new Constitution. It’s fine to ask for more excitement and more spirit in the process of European construction, but, for Mario Monti, it should not be forgotten that in one decade extraordinary things have been done. Rigour, but also flexibility are necessary in the Stability Pact. As for verifications of the new Constitution, “my proposal for the government leaders is . . .”

The convergence path? Thorny but passable

2004, a point of departure, more than arrival, with important choices and outright challenges. Entrance in the EU renews the debate on the trade-off between policies for a real convergence and policies for a nominal convergence. But, the two paths do not necessarily buck the trend and today all of the countries are in agreement on accelerating their entry in the EMU, with the single constraint of fiscal stabilisation. Instead, the debate remains open on the best exchange policy in the years immediately prior to the adoption of the Euro.

The Monetary Union and Brussels' strabismus

The connection between the marked increase in the public deficit and the postponement of entry in the Monetary Union is very close. The governments of the largest countries, from Hungary to Poland, from the Czech Republic to Slovakia, have, thus far, enjoyed surprising tolerance from the EU. Which has shown itself to be much more rigid, instead, on the issue of the Stability Pact.