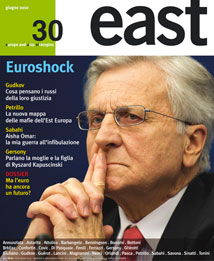 Europe screeched to a halt a few feet from the brink.
Facing an onslaught of international financial speculation, Europe's political class waited until mid-May to do what it should have done months ago, when the now-raging Greek crisis was just a blip on the radar screen. What matters now, or, better said, once the crisis abates, is that the conduct of European affairs doesn't return to business as usual. If there's one certainty in a global world fraught with instability, it's that Europe can play a significant international role only if it succeeds in making a qualitative leap in the way it handles governance.
Given the Greek dilemma, the theme of the euro and its prospects dominate this issue. We have various reports from Paolo Savona, Ulrike Guérot, Marco Annunziata, Matteo Ferrazzi and Fernando Orlandi. The Oxford Analytica think tank also addresses the subject in its regular report.
Carla Tonini of University of Bologna examines the long-term economic prospects of Poland, which has seen its share of ups and downs in recent years. Marina Gersony chats with Alicja Kapuscinska and Rene Maisner, the wife and daughter of the late Polish writer Ryszard Kapuscinski. Enza Roberta Petrillo of the University of Pisa takes a close look at the multi-faceted development of the underworld in Eastern Europe.
Once again, we dedicate considerable space to the Russia of Vladimir Putin and Dmitri Medvedev. A report by Lev Gudkov of Moscow's Levada Institute analyzes the relationship between Russian citizens and their justice system. Piero Sinatti probes the fast-changing tone of ties between Moscow and Kiev following hotly-contested Ukraine elections. Finally, Cristina Giuliano
reports back after seeing a private screening of director Nikita Mikhalkov sequel to the award-winning "Burned by the Sun."
Turning to human rights, Farian Sabahi interviews gynecologist Somali Aisha Omar, who has dedicated her life to bringing an end to the practice of female genital mutilation.

Europe screeched to a halt a few feet from the brink.

Since joining the European Union in 2004, Poland has been growing at a rate of 5.4 percent annually. That's largely because of its ability to copy Western electronics products and manufacturethem cheaply. But as Poland is gradually forced into line with European Union standards, the advantage it now has may well turn into liabilities, as more skilled states such as China and Vietnam blunt Poland’s advantage. So while the short term looks good, the long term is far less rosy.

A Private View of the Public Kapuscinski

Zoika Kapuscinski, now known as Rene Maisner, retains vivid recollections of her distinguished father, the late Polish correspondent Ryszard Kapuscinki. He was private, kind, and pleasant, but ultimately moreinclined to write down his stories down than tell them to family and friends. She and her mother Alicja sat down and offered their impressions of early life with a man that many rank among the great writers and journalists of the 20th century.