Analysing the shifts in worldwide wealth production can be very helpful when discussing wage distribution within individual societies. 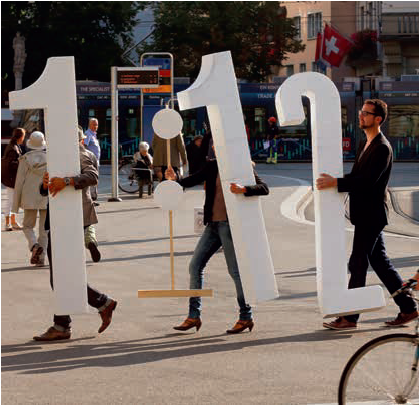 The Swiss referendum held in November proved that even the most entrenched Helvetic Calvinists do not believe that any kind of self-imposed 1:12 maximum wage differential can artificially reduce the current ratio, often higher than 200 to one, between the highest and lowest salaries at many of the country’s largest corporations. The crisis has clearly revealed that the social contract in western democracies is under threat and wage balancing, besides representing an economic problem, must be seriously and honestly addressed by reconciling opposing thrusts such as social acceptability versus the ability to attract competence and talent. I have no miraculous recipe here to identify the ideal ratio between average and top wages (and I think it is wrong to go looking for magic formulae, taken out of context). But in this article we can try to broaden our observational horizons and provide useful data on the distribution of wealth in the world, so that issues like the one above can be addressed correctly and within a coherent framework. 2013 has been a crucial year: for the first time since the industrial revolution began in the 19th century, the majority of goods and services was produced by emerging economies that, according to the International Monetary Fund, in the mid-1980s held only 31% of global riches (see Diagram 1). This ratio developed progressively in subsequent years: in the 1990s, emerging nations were up to 46% (to the advanced countries’ 54%), while by the first decade of the third millennium that ratio was already reversed (67% against 33%) and if estimates for the current five-year period are anything to go by (74% to 26%), the prospects are dramatic. If we examine these figures more closely, we see that the US and China will both experience growth, and by 2017 will each account for half the quotas of the advanced and emerging countries respectively (13.9% against 33.6%), with India at 9.4%, the MIST countries already up to 7% and data for Western Europe “unavailable”! To complete and expand these figures, I refer to a fascinating report by McKinsey&Company that mapped out the shift in the planet’s economic centre of gravity, by weighing individual countries’ geographic centers against their GDPs, and seeing how they shifted over time. Starting from the assumption that in 1 AD the world’s economic centers of gravity stood balanced somewhere between Europe and China, more or less in what is now Pakistan. The most dramatic change took place when Europe and North America began the industrialization process, at which time the center of gravity moved to somewhere in the Northern Atlantic, approximately over Iceland. Today, with China showing its muscle again, the center of gravity has moved north of Siberia and is expected to return to where it was 2,000 years ago within the next 15 years. In 2030, two-thirds of the world’s middle class will live in the Asia-Pacific region, while the United States and Europe, which currently boast half of the world’s middle classes, will see their share drop to a worrying 21% within 17 years (see Diagram 3). Our musings, in addition to these cold (but not insignificant) figures, must also consider what many analysts refer to as the seven pillars of Western wisdom: free-market economics, science and technology, meritocracy, pragmatism, culture of peace, rule of law and education. In its Skills Outlook report, issued just a few weeks ago, the OECD pointed out that there is a strong connection between Internet access and mathematical competence on the one hand and a country’s growth potential on the other. Countries with the least Internet access are those hardest hit by the crisis and the ones struggling to turn things around. In a 1978 book, the British historian Sir John Bagot Glubb identified a series of general indicators of an empire’s decline: individualism; overwhelming pessimism among intellectuals; broad and unsustainable social welfare systems that lead to dependency and laziness; and an inability, by common people and leaders alike, to find and identify solutions to problems. Once again, we Europeans (unless we wish to bring on our own bankruptcy) must be prepared to play an active role in identifying a new social model that may accommodate both growth and solidarity, meritocracy and social equilibrium, individual efforts and collective goals. Only in this way can we hope to take back our front row seat and act as a model for emerging nations and major international investors, and continuing produce culture, innovation, trade and jobs.