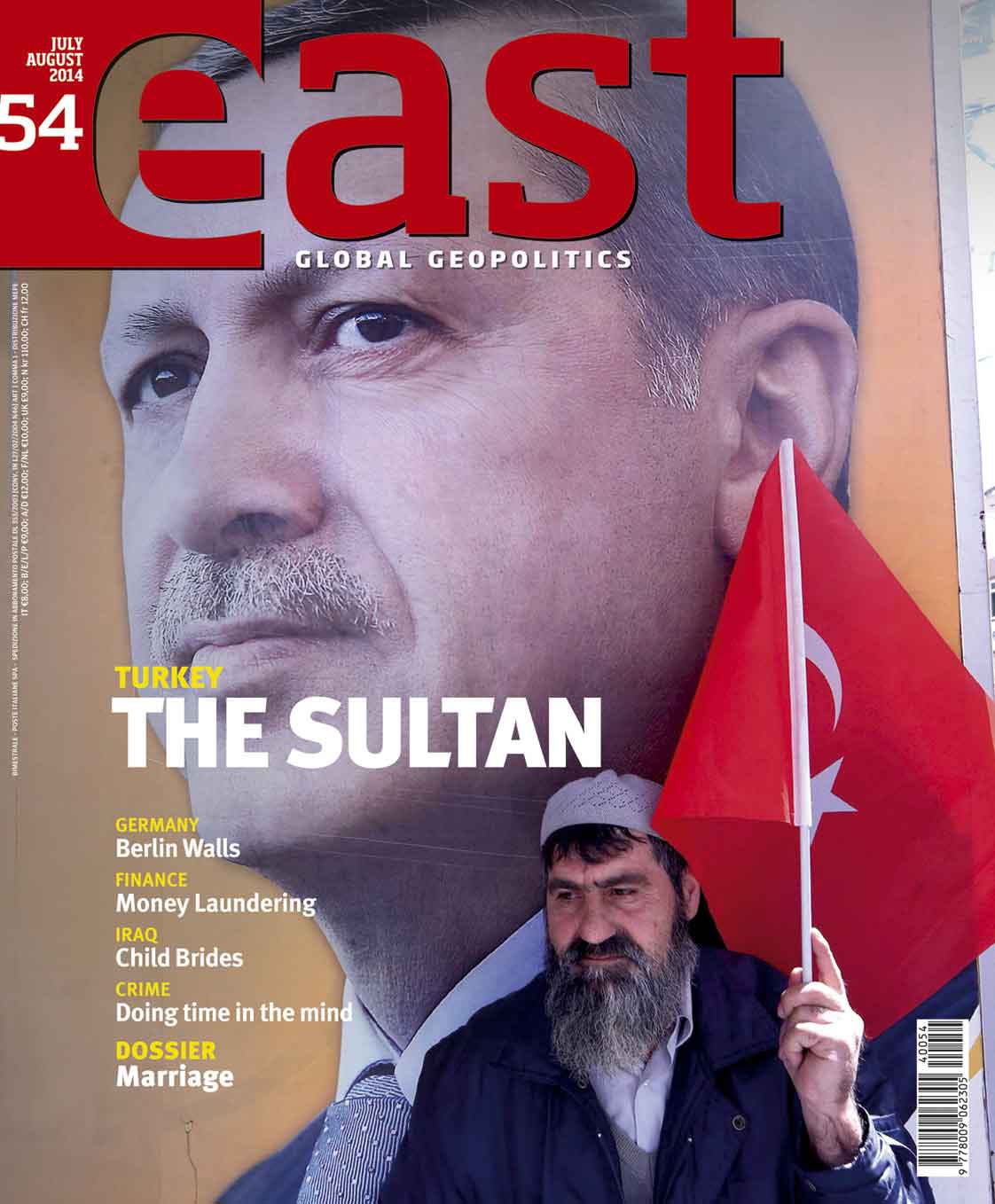 After the abdication of Juan Carlos of Spain, we look at a few modern day 'sovereigns': Turkey's Tayyip Erdoğan, criticized but apparently irreplaceable, the Hungarian Viktor Orbán, unloved abroad but hugely popular at home and the French Premier, François Hollande, unpopular most everywhere.

To add perspective, there's also a portrait of Peter the Great, the first Emperor of "all the Russias." He taxed beards, tried to teach his countrymen good manners and conquered Crimea (the first time around).

Hundreds of millions of voters have been called to elect their representatives to the Parliaments of the world's two largest democracies, India and Europe, in both cases stunning pundits with unexpected results.

A new technology samples European sentiments through the automatic analysis of Facebook posts and "tweets." Britain's legal system attempts to come to terms with Islam's incompatible Sharia law, and we look at Muslim women and the difficult choice between staying at home to cook or becoming a human bomb.

Anglo-Saxons call it money laundering. Continental Europeans refer to the phenomenon more delicately as "recycling." Either way, it's a growth sector. Willy Sutton, a famous American bank robber of the Thirties, once said that he robbed banks because "that's where the money is." He was right, but his submachine gun is passé.

This issue's dossier is dedicated to marriage, a fundamental institution undergoing radical transformation in every corner of the globe. Poligamy - multiple marriage - is far more widespread than people think. Both Barack Obama and his challenger in the last US presidential elections, Mitt Romney, come from families practicing polygamy.

Al Jazeera is conducting an unlikely invasion of the United States - at least of its commercial television market - while the burkini, an "Islamically correct" bathing costume, allows Moslem women to play on the beach without sparking male lust. Afghanistan's Mujahideen may be called to defend Earth against alien space monsters. We also pay homage to the animals who spearheaded off-world travel, including the first turtle to orbit the Moon.

It has been suggested that criminals be sentenced to 'cognitive' jail terms, subjectively doing life sentences in a single night while locked in a terrifying prison of the mind: an endless - and sadistic - punishment that could save tax payers bundles of money.

Counter-terrorism now has its own trade fair in London. Urumqi – the largest metropolis you've never heard of – may be interested in the anti-terrorist landscaping and bomb-proof manhole covers on offer. The city, again the capital of the Silk Route after a thousand years of obscurity, doesn't want violent ethnic unrest to get in the way of business.

The Editor’s Note - Where the money is

The most famous of American bank robbers – Willy Sutton, active in the 1930s – when finally captured was asked by police why he robbed banks. He replied: "Because that's where the money is."

A light East European vote backs the Union as well.

RIGHT TO BE FORGOTTEN Did you wish you'd never posted that picture of yourself drunk on Facebook, the one that was later shared hundreds of times by your friends?

The world's best architects compete to please and surprise visitors.

The future is a foreign country

A Hewlett-Packard futurologist looks at the coming 'Age of Scarcity'.

François Hollande: the decline of a ‘normal’ president

Unhappy electors forced the head of state to entrust his government to a potential rival more popular than he.

When is it correct to halve the inheritances of widows and to exclude bastards from wills?

More bucks for your bang

Counter-terrorism today is nearly as big as the pharmaceutical sector.

Berlin between old walls and new

The German capital, even without 'that' wall, finds ways to shut out the world.

Even if you don't like "Orbanism," Hungary's economy works again.

A hundred years that began with blood ends in renewed civil strife.

Emigration moves upmarket From Taipei to Milan, by way of Toronto

Building a career on five languages and... a hamburger.

If he wants the job, the country's first directly elected President can be Tayyip Erdoğan.

Turkey's Prime Minister is under fire yet, so far, irreplaceable.

Russia's first Emperor taxed beards, brought manners to Moscow, and made the Ukraine part of his Empire...

Europe’s problems are pulling it closer together

East speaks with John Peet, Europe Editor of The Economist.