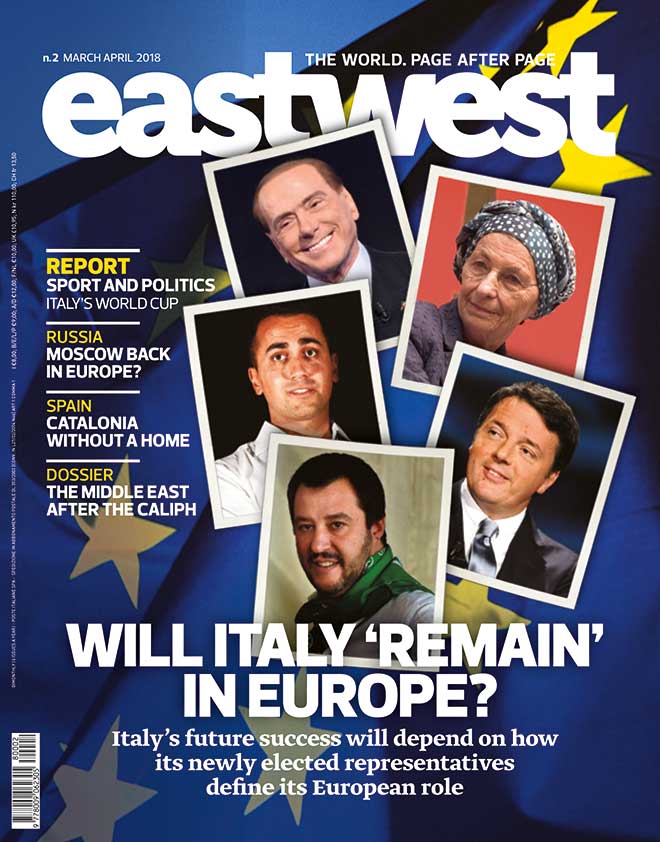 Will Italy 'remain' in Europe?

Italy about to vote: what kind of government are they expecting in Washington, Beijing, Buenos Aires, Paris and Berlin.

Politics in sport are played off the pitch, so Italy's surprising failure to qualify for the World Cup could be a blessing.

INTERVIEW with Christian Dargnat, one of the founders of the En Marche! party.

One of the movement's founder members explains the methods and organisation, allied to shrewd analyses, that led Emmanuel Macron to electoral victory in France.

DOSSIER – No Caliph in the Middle East

The caliphate is over but the area is still in tatters and besieged. Who will have the will and the interest to start rebuilding?

FRONT PAGE - The whys of a choice

EAST/WEST Italy: better off than she seems

What kind of Italy does the rest of the world want?

Rome wants a seat beside Paris and Berlin

The new sovereignists and Italian industry

A close-up before the vote

The price of Brexit

EU on a quest for defence

No cash in hand

Catalonia, back to square one

DOSSIER - NO CALIPH IN THE MIDDLE EAST

How Russia won the war

Who’ll pick up the tab in the Middle East?

Who stands to gain from Islamic State

The swamp of Asunción

Troubled waters in the Paciﬁc

A country in pieces

Eurozone, the summer of reform

How to build a smart city

Coal among the corals