Albanians will go to the polls on Sunday (25 April). Matteo Meloni interviewed Oresja Bace, candidate for a seat in the Parliament with the Social Democratic Party of Albania, who took part in the Eastwest European Institute Online Model EU of November 2020 and is participating in the next WiP Study Mission in Brussels 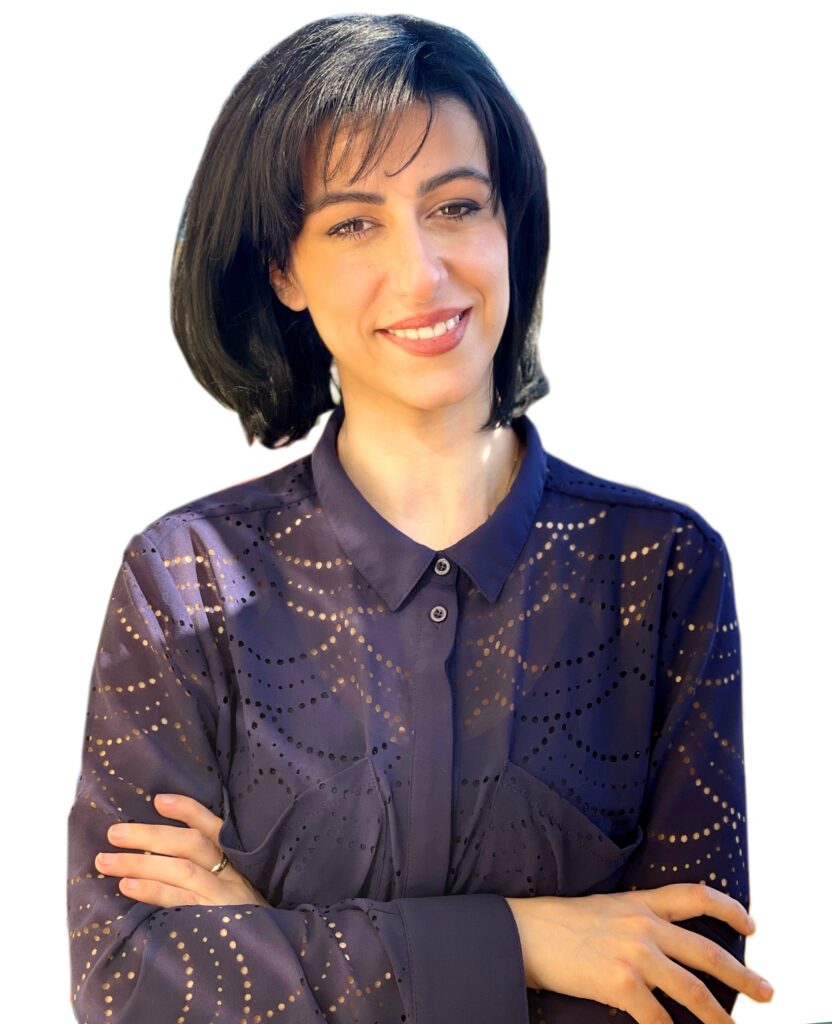 Next Sunday Albania heads to the polls in a period marked by uncertainty caused by the Covid-19 pandemic and political turmoil. Incumbent Prime Minister Edi Rama’s role as head of the Socialist Party of Albania (PSSh) is challenged by the Socialist Movement for Integration (LSI) and Democratic Party of Albania (PDSh). What looks solid is Tirana’s path towards Europe: Brussels is enthusiastic about Albania’s reforms on rule of law the country has aligned itself with the European Union’s foreign policies and it has stepped up efforts to tackle corruption. On these topics, eastwest has interviewed Oresja Bace, candidate for a seat in the Albanian Parliament with the Social Democratic Party.

The European Union has appreciated Albania’s efforts in the process of upholding the rule of law and tackling corruption. What is the status of Tirana’s path toward full EU membership? What can be improved?

Albania has approved strong policies in terms of the rule of law and the fight against corruption, but in order for the country to become a full member of the EU, it must set up a public, local and central administration that has the desire to implement the laws, and the only way it will have the opportunity to do this is through a government without corruption, a government that has the desire to make a rule of law for all Albanians but also for all citizens and foreign investors who want to live and invest in Albania.

The High Representative for EU Foreign Policy, Josep Borrell, recently has stated that Albania is a key ally of Europe, totally aligned to Brussels’ external action. How can Tirana contribute to spreading European values and ideas in the area?

Albania is a true ally of Europe and the United States of America. It has been and will remain so. But for Albania to become a spreader of European values in the region, it must fulfill the homework set by the European Union in a way that lines up with all our national values. For this purpose, Albania must build a state governed by the rule of law, free from corruption and that is truly democratic, not only on paper but also in everyday life.

What are Albanians’ hopes and fears about the future? Are Albanians willing to join the European Union?

Albanians hope and wish in the near future to be an integral and active part of the European Union both officially as a state and physically as a state, because now Albanians are giving their strong contribution through their hard work and shared values in many European countries where Albanians have lived and worked with their families for more than 30 years. The fear that Albanians have is the non-support of the EU for the Albanian people, as the Albanians ask for help from the EU to build a legal government for the people as well.

Elections 2021: Why did you decide to run for a seat in the parliament? What are your main ideas for your country and what could be your role in pushing a specific agenda in foreign policy?

For this year’s parliamentary elections I decided to run for a seat in the Albanian parliament as I think a new spirit should be born through a new generation of young politicians, with new ideas for building our country. Albania has very well-educated young people here and also in the best universities in the world who love their country. Young people need to be given the opportunity and space for them to express and materialize their thoughts and their ideas for building and strengthening our country. I am one of those young people who love my country and I want to contribute to this direction with the purity of my background, with the values of my family, with my intellectual capacity. My country needs our love; it has the natural resources, geographical position and human capacity to become a country worthy of being part of the EU.

Is there a big conflict between the majority and the opposition on issues such as the EU, or are both political sides willing to join the 27 Member States?

In current Albanian politics, the only real competition between [the majority and the opposition] is which side can join Albania in the EU, so in my view and that of the two main parties in Albanian politics, and of the entire Albanian people, is that we become part of the EU as soon as possible. But the key to all this discussion is which of the political forces can achieve this goal more quickly through its political program? I think that only by working and collaborating all Albanians united and with one goal can this desire be realized quickly.

Italy and Albania share common values and great relations. How can these countries play a stronger role in the Mediterranean?

In my opinion, Albania and Italy are two very friendly countries with each other, and this has been confirmed by the history of our neighboring peoples and friends. Italy is always a country that has supported us in all the difficult situations that the Albanian people have gone through, and I think that with a genuine joint strategy under the leadership of Italy, the contribution and influence of the values of our peoples can increase further in the Mediterranean. I think Italy is our advocate in the EU because Italy supported us and our entrance as soon as possible in the EU. 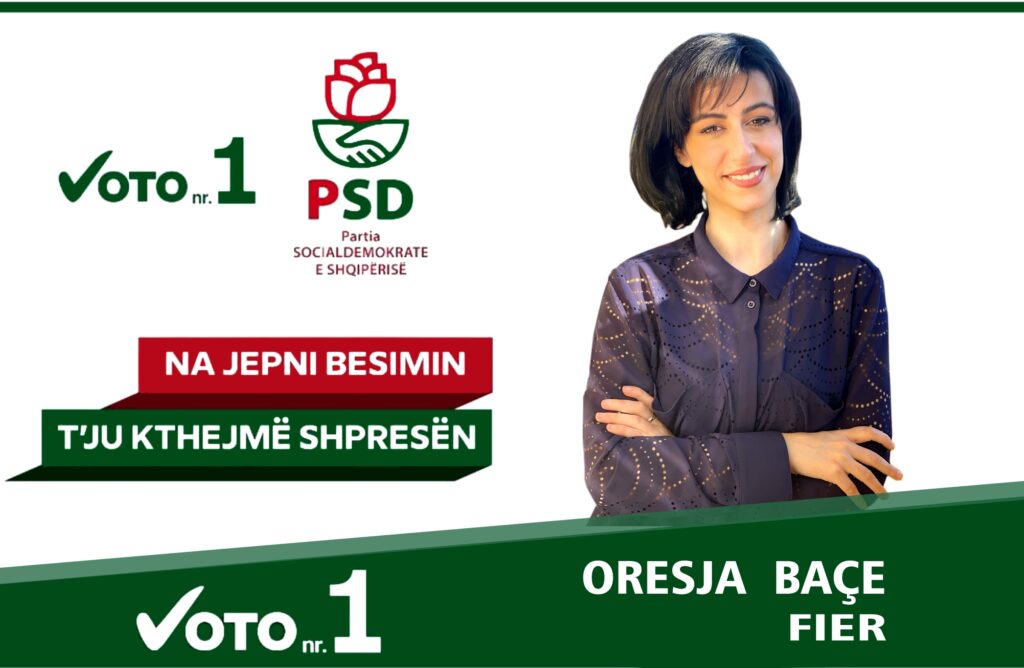 My name is Oresja Bace. I am a Regulatory Affairs pharmacology specialist. I have worked before in the same company as a quality control analyst. This was the best opportunity for me as a pharmacist in Albania working in the only pharmaceutical firm called Profarma. My work in the Regulatory Departament gave birth to my curiosity to know more about the law of medicines and the world of  law itself.

One day I randomly found a simulation on the Eastwest European institute’s website. Without hesitation, I applied to both the online module and the World in Progress (WiP) simulation Brussels. I was very excited and a little bit nervous, but the interview brought a positive response. After that I was part of the Online European module and I could say it was the best experience ever. My interests in politics and law grew from my participation in this module. The staff of the Eastwest European Institute was extremely cooperative, helpful, on time for everything and very professional. I would like to thank all the staff for helping me throughout this module.

The Eastwest European Institute WiP EU program pushed me to take part in politics, like I’m doing right now. I think I have the characteristics of a leader because I am ambitious to see my work in progress every day, I am a collaborator and a good listener, really confidant, and I am a person who never loses hope. To improve this hope, I always find a way to smile. I am the first candidate for the Social Democratic Party in Fier, my lovely birthplace and also hometown until the age of eighteen, and I will be taking part in the election on April 25 2021. This Party is one of the oldest parties created [in Albania, and goes back to] 1991. The slogan of this Party is “Give us the confidence to give you back hope.” The people in Albania are without hope and their purpose is to escape as soon as possible. The head of our Party is the best leader because he cooperates and interacts for the benefits of the people. He has helped families in need by showing a noble and generous spirit.

My expectations from this election are really big. First of all, I am a young woman. This makes me think that the new generation should take a step into making a better future for Albania. Secondly, the goals that the party where I am a candidate and I strive to participate in  are based on fixing the problems that happen usually in Albania. For example, the new generation wants to migrate to places such as the US or EU for a brighter future (for a stable job and a good chance to raise their kids.) Why not stay here in our country?

We want to be able to give a raise in salary to the workers and good retirement pay to the elderly. This would raise the standards of everyday life and fulfill the physical needs, psychologic needs and social interaction prospects of every individual. Another important goal I would like to strive towards is the investments to improve medical manufacturing, for all the people doing periodical check-ups per year to have the time to diagnose and cure illnesses or diseases on time.

As a future deputy, I would like to invest in science and research and finally have a bigger number of  medications (reimbursable medicines or with a lower price rate) and getting the cure of medication on time. The rights of emigrants are contributing to their families in Albania and we would like that the emigrants have the right of vote and exchange of culture and opening businesses in our Albania too.

As a sportswoman and also as a boxer, I would like that the future government see and also invest in sports because here in Albania sport is not as important as in other countries of Europe. Individual sports such as boxing and team sports such as football, volleyball and basketball are really productive financially if we first invest in a team, in training, in athletes. We have amazing athletes and if the athletes here in Albania are motivated with a base salary every month, they will be incentivized to participate in sports activities. The final result we be a growth in sports activities.

One of the final points and also particularly important for me is the protection of animals. I am an animalist and i love dogs, cats and every kind of animal. I would like that the government itself contributes on protection, sterilization, finding homes and providing  safety to stray animals. Not only this, but another goal is to protect the environment and the balance between fauna and flora. In Albania, we need more laws to prevent people from hurting animals and in all the cities of Albania, we need to build a home that has the role of providing shelter for the animals. Every day we see news about the phenomenon of abusing animals and we have to make an urgent call to all the people to prevent this phenomenon

Our plan  is to be closer to the policies of Europe and also to complete the criteria that the EU has requested of us. The result will be to achiee the dream of all Albanian people to be part of European Union. 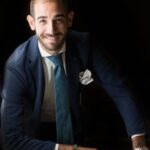