Studying abroad may make you European, but not neccessarily pro-Europe. 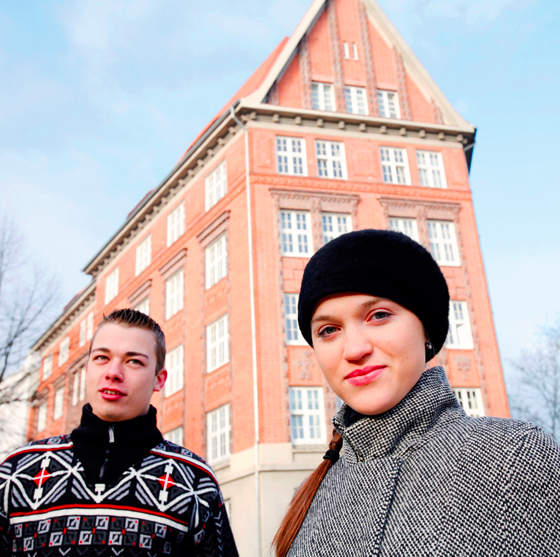 It is especially in difficult times that public attention turns to future citizens and to their education. As the economic crisis challenges the idea of a unified European identity, the Erasmus exchange programme continues sending young people out of their home countries to encounter a broader European experience and, ideally, to find their own place within it.

Androulla Vassiliou, the EU Commissioner for Education, Culture, Multilingualism and Youth, said in July that the project aims now more than ever to contribute to a sense of belonging to the European family and to promote skills that will help students boost their employability and career prospects.

Since its launch 27 years ago, the Erasmus programme has given more that three million students the opportunity to spend up to a year studying or working in another EU country.

The intent is to support European integration and to contribute to the modernisation of higher education across the Continent.

Participating students are awarded a grant to help cover living and travel expenses while abroad, paying only the usual academic fees to their home institution. Erasmus also offers academics, other higher education staff and businesspeople the chance to teach or train abroad for a period up to 6 weeks. The programme was first introduced alongside efforts to enhance mobility across the Union, the idea being that the free movement of goods ought to be accompanied by the free movement of its population. In addition, it was intended to help students improve their competitiveness in the global labour market by acquiring new skills and familiarity with a new language.

Participation has the effect of obligating students in the programme to strengthen their adaptability and self-confidence and to reinforce problem-solving capabilities. Similarly, members of higher education staff who experience teaching abroad are exposed to new techniques and gain experience in relating to students from different cultural backgrounds. This is expected to benefit not only the individuals directly concerned, but also to reinforce the quality of teaching and learning at their home institution when they return.

The programme also has an important political goal that distinguishes it from other academic exchange programmes. Its stated aim is to foster a sense of belonging to the European Union. Today’s so-called “Erasmus generation” of former participants, including the recently appointed EU foreign policy chief, Federica Mogherini, springs from the efforts of prior generations to forge a European identity and sense of social cohesion that goes beyond the use of a single currency.

Erasmus is today one of the main tools intended to promote a broadly European identity and to bring a greater sense of unity to EU policy making.

To this end, the strength of the programme lies in the number of students that can have access to it. The latest statistics released by the European Commission indicate that nearly 270,000 students from across Europe benefitted from Erasmus grants to study or train abroad in 2012-13, a record for the programme. In the same period nearly 53 thousand academic and administrative staff also received Erasmus funding to teach or train abroad.

In line with increased participation, the European Union this year launched the socalled “Erasmus+,” a broad framework for education, training, youth projects and sports, backed by a budget increase of 40% to nearly 15 million euro.

The expanded programme will provide grants for 4 million individuals, including 2 million higher education students, over the next 7 years (2014-20).

In order to increase further participation and to reach the target of 20% (currently around 10%) of the EU student population taking part in the programme by 2020, the new Erasmus+ scheme is designed to reach out to those with special needs, from disadvantaged backgrounds and remote areas.

Studying or training in another country is a way of sampling a different culture, of finding a ‘new home’ and of becoming part of a new international, family. Students who have spent time abroad are generally more open-minded, tolerant and – so the argument goes –more likely to fully embrace life in a diverse, multicultural, and multilingual environment.

While the success of the Erasmus programme in enhancing mobility and improving employability is undisputed, whether it in fact strengthens the sense of a European identity is a question with no simple answer.

Polls and studies do report that Erasmus students are more likely to identify themselves as ‘European’ as compared to students who do not participate in the programme, but awareness of a common identity is not necessarily connected with the European Union as such.

According to researcher Óscar Fernández, in a paper on European citizenship and higher education that appeared in the European Journal of Education in 2005, there is little concrete indication that participating students are especially wellinformed about European politics and related issues.

As Jan Figel, then European Commissioner for Education, Training, Culture, and Multilingualism, said in 2005: “(participants) are not asked to give up their national or regional identity – they are asked to go beyond it, and that is what pulls them closer together… We are creating a community in which diversity is not a problem, but a characteristic. It is an integral part of feeling European”.