Will the EU learn from its mistakes?

The European Union has to establish cooperation and solidarity beyond economic issues, in order to overcome the Covid-19 pandemic. Will the EU Member States unite towards a common goal? 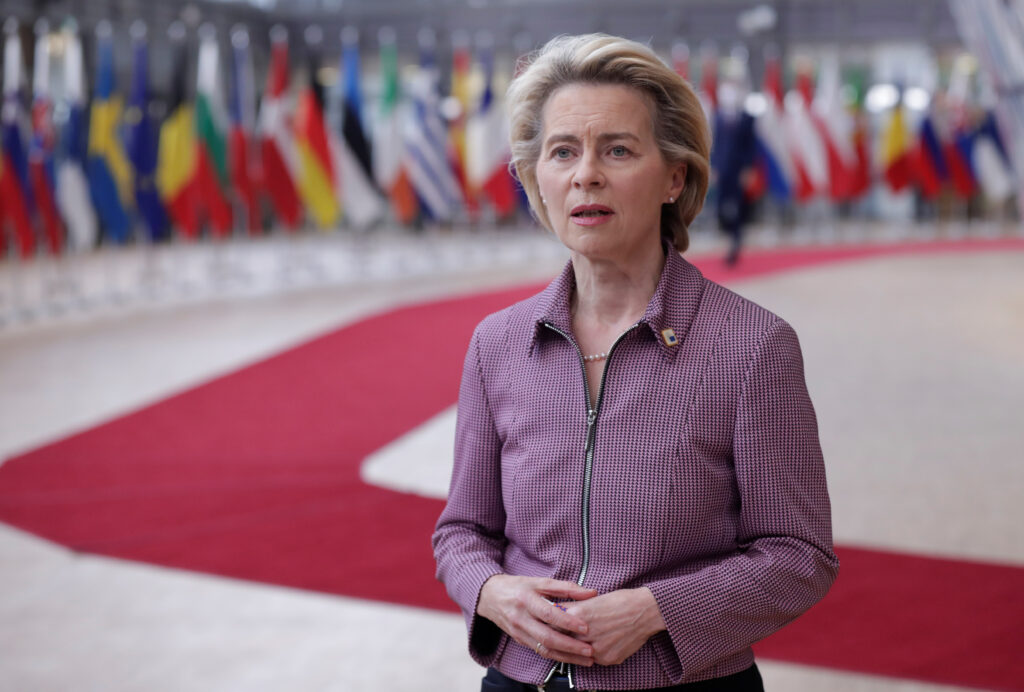 European Commission President Ursula von der Leyen is seen prior to an European Union summit at the European Council Building in Brussels, Belgium, October 15, 2020. Von der Leyen lefts summit few minutes after the start to quarantine as one of her staff was tested positive for Covid-19. Olivier Hoslet/Pool via REUTERS

On March 12th, 2020, the World Health Organization officially recognized the pandemic spread of Covid-19. Within days, 15 Schengen-area countries decided to shut their borders to all or most foreigners. It was precisely at this moment that the European Union appeared to be all but lost, broken to shambles once it faced a threat greater than budgetary disagreement, trade deals, or political qualms with neighboring countries. To the grief of many commentators, the commission stayed mute for days, unable to foster cooperation among its members. An ineptitude similar to the still-ongoing dispute over a common refugee policy.

Despite these setbacks, the European Union did attempt to prevent the spread of the outbreak by shutting the borders and investing over € 240 million just by the end of February into matters concerning Covid-19. These efforts, however, were not enough. The lack of predictability about the severity of the outbreak and the inability to create protocols and recommendations on pandemic management in a timely manner drove the European Union into a health crisis.

For the European Union to overcome this challenging time it must go beyond its economy. To do so, the Union has to focus on its primary goal of establishing and maintaining sustainable cohesion between its Member States. By creating laws, standards, and further regulation that would prevent future inefficiency in the decisions making process. In order to do so, the decisions that the European Union will take in the coming months, such as straightening the communication between its member states and creating a stable European practice to prevent future waves of Covid-19, are crucial.

The European Union appears to be torn apart by Covid, but how will it fare in post-pandemic times? The European Union has not seen a common threat of this kind and size before. Following the widespread shutdown of businesses, it will certainly be difficult to rebuild the European Union’s economy, while also reassuring security and safety for its citizens. But there is a silver lining. Soon after the initial border closings, the Commission took action and worked towards a compromise between its members to allow free movement within the union. This resurgence of cooperation even under pandemic stress indicates that the European Union might get stronger.

Having the pandemic as a common enemy united its Member States, despite initial border closings. Cooperation could be observed in numerous fields, from supporting European Union trade to sending healthcare workers and material to fellow members. In several instances, patients were transported across national borders when intensive care units hit capacity in France, Belgium, Spain, and Italy. The tightened relations may lead to closer cooperation in other areas in the future. On the other hand, numerous countries could observe a rise of nationalism as expressed by demands to re-close borders and incidental opposition to patient transports. In addition to this, the European Union must not negate its leadership on environmental action and human rights protection.