EU: Italy should invest more in education and young people

The EU tick Italy off on education and work.  Our country does not invest enough in education.  Indeed the EU Commission focused on these issues in a chapter of its report on Employment and Social developments in Europe.  In reality it does not seem anything new to an italian audience. 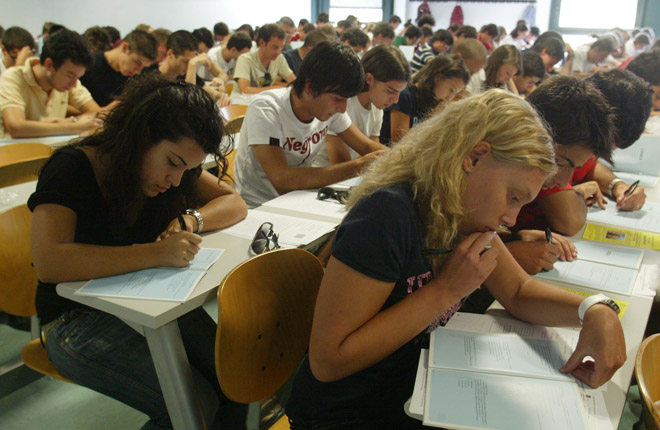 The Italian academics and students have been complaining already in the last years on this subject. But what it is disconcerting in the report is a data: Italy is the EU country with the lowest number of graduates between 30 and 34 years old people, the 22,4 % . While the EU average is 38 %. Furthermore , in 2013, the enrollements in the Italian universities registered a decrease of 30 thousands students. The number of students who quit school is also very high 17,6 % comparing the rest of Europe, 12,7 % . Italy is one of the five worste EU countries on it.

Italy does not invest on qualified training and young people

The percentage of youth unemployment is around 40% in Italy. According with the EU data in the report, the policies to fight against the unemployment youth are still far away from achieving their goals.  Between 2008 and 2014  Italy lost 1,2 millions of jobs. Behind Italy only Spain with 3,4 millions of jobs lost. The European Commission affirms that supporting job market entry of low skilled young people does not address a long term structural issue. Young people tend to not invest in their trainings anymore and try to have a job as soon as possible. The governments should support and subsidize the students to complete their studies. Nowadays, Europe faces a shortage of skilled workers and a surplus of unskilled workers.

The waste of Human Capital in Europe

A phenomenon increased in the last years is the number of young Italians who decide to leave the country. Until few years ago it was mostly the case of people going abroad for a Ph.D. or for an executive master. Nowadays, a great number of  Italian students go abroad to do their BA degrees. In the past this phenomenon was limited mostly to the upper middle class families, while now also students from lower middle class who leave the country.

Young people are attracted by jobs opportunities abroad and better programs. Better policies to support students. Study in a UK university is still very expensive, but in countries such Belgium it is affordable. The Belgian universities costs to a student more or less like an Italian university. Regarding the accommodations, a room for a student costs around 300 euro and 460 euro maximum. The universities are usually in well connected and residential areas. Furthermore it is not so difficult for a student to maintain herself during her studies. An agreement between the University and employers ensures the hiring of students in exchange of fiscal facilitations for the first 50 days of work. After this period the students can also be hired as normal workers.