In Germany traditional parties are crumbling, the Greens and the Right advance: the left-leaning electorate is bewilderd and has no valid political recipes

At the recent European elections in May the German Social Democratic Party (SPD), the oldest party in Europe, suffered its most crushing defeat. It secured a mere 15,8% of the vote, down by 11,5 percentage points compared to the 2014 elections. A rout prefigured by the gradual loss of consensus that has been going on since 2005. Ever since the SPD of Chancellor Gerhard Schröder – then boasting 34.2% of the vote but already down by 4.3% compared to 2002 – had to give way to Angela Merkel’s CDU which obtained 35.2% of the vote. Out of the political rather than numerical impossibility of coming up with any other kind of government alliance came that Grand Coalition which has reached its third and almost certainly its last edition.

If the erosion of its consensus has crippled the SPD, it hasn’t spared the CDU either (22.5% at the last European elections, down 6.4% compared to 2014) and with the current numbers, and polls are if anything worse, the two traditional volkspartei (people’s parties) wouldn’t have sufficient numbers in 2021 to form a government. Furthermore, even the suggestion of a new grand coalition would be tantamount to political suicide for both parties. One of the reasons for the drop in consensus recorded by the SPD and the CDU is to be found in the three legislations governed by the grand coalition agreement: a long stretch of government during which time the two electorates have moved away from their respective parties, lamenting a gradual departure from the original purpose. A double collapse – triggered for the CDU by Chancellor Angela Merkel’s decisions during the migration crisis in the summer of 2015 – which has brought about the rise of two new entities on the German political scene. On the one hand the Greens, the heirs to the culture of ’68, largely cosmopolitan and strongly pro-European and very concerned over the rule of law and environmental issues. By improving their electoral showing by 9.8%, at the latest European elections they obtained 20.5% of the vote, thus establishing themselves as Germany’s second largest party. An exploit that right after the elections the Bild Zeitung, the most read German daily newspaper, titled: “The Greens are the new red”.

Then there’s Alternative für Deutschland (AfD): a party first set up in 2013 by a group of anti-euro economists which, through a radical internal mutation, has become the reference point for the violently nationalistic, anti-European and especially anti-foreigner protests that have surfaced once more in Germany.

Today the AfD has parliamentary representatives in all 16 Länder and is particularly successful in the old Eastern bloc areas where, according to the most recent polls, in the regional elections scheduled for next autumn they could become the largest party in Brandenburg and the second in Saxony and Thuringia. In social and especially cultural terms, the human types embodied by the voters of the Greens and those of the AfD couldn’t be further apart. That’s why one can expect Germany to experience the kind of internal political infighting that it hasn’t seen since the Seventies. The murder of the CDU political Walter Lübcke, felled by a gunshot to the head by a militant of a Neo-Nazi network last June, the increase in racist and anti-Semite attacks, right up to the investigations of police and army officers suspected of collusion with far-right movements are worrying signs of what could be in store.

The historian and German scholar professor Gian Enrico Rusconi has written a very concerned and concerning book on the rise of the AfD: Dove va la Germania (Where is Germany headed. Il Mulino, 2019). Among the factors that have boosted the new party’s success, Rusconi points to the importance of the “call for a national identity”, that has caught on nationwide and particularly among the former citizens of the DDR. Given these expectations, what cards could the SPD play today, especially in order to woo the eastern electorate? “Very few, I fear”, is professor Rusconi’s answer, “the SPD bet the house on a unification that the east has perceived as disadvantageous. What does surprise me though is that the German political class is not trying to understand what’s going on. They think they can get away with denigrating the AfD, labelling it as old hat, a return to nationalist ideals. But treating a political phenomenon of this magnitude with disdain is not only hopeless, it’s counterproductive. That’s also why I think the SPD won’t manage to resurface. It has no personnel nor ideas. And I’m not inclined to catastrophism. But we are probably witnessing the end of a traditional Volkspartei, the SPD, and the birth of a new one, the AfD. And this means the end of liberal democracy as we have come to know it”.

One other German political party had some success at the latest European elections and will be sending representatives to the Parliament. This is the satirical party Die Partei (the Party), founded by Martin Sonnenborn in 2005: it gained 2.4% of the vote at a federal level and peaks of 4.8% in Berlin. Die Partei is particularly attractive to the young, who seems to have deserted the SPD en masse. Clearly left-leaning, its 16 points programme includes these kinds of ideas:

Besides the numbers, which are in any case limited, the Die Partei phenomenon reveals a tendency that can also be found in Italy where satirical and very political pages such as Lercio, L’Interno del Ministro, Abolizione del Suffragio Universale are gaining a considerable following. As if, in the face of a political dynamic that is viewed as generally unreliable and often petty, some citizens turn to irony in the hope of finding some residual degree of intelligence and dignity.

Martin Sonnenborn, the Die Partei member of the European parliament alongside Nico Semsrott, has been asked whether irony can be a virtuous way of getting people involved in politics. And whether he believes that certain features of the current political scene, such as the system of fake news or the rather vulgar language used on social media, often mimicked by institutional or party figures, are a real danger to democracy. “Yes, I believe they are a sign of danger”, is Sonnerborn’s answer, “and I believe that most politicians are mainly interested in their careers or their party or have economic or financial interests”: “However, after the elections”, he goes on, “I thanked the SPD, the CDU/CDU and the FdP for having campaigned on our behalf. Among new voters we did better than the SPD, while the CDU is just a couple of points above us. I don’t however think that irony will win over too many people; on the contrary, I think there are only a few who get our approach. For which reason I believe we are fated to remain a protest party for smart voters who simply can’t bring themselves to vote for the other parties”.

In an interview in December 2018, Björn Höcke, the AfD leader in Thuringia and head of the party’s most radical wing, stated: “The rise of the AfD shows how the disappointment with the establishment is rooted on both sides of the former inter-German border […]. It’s a discontent that does however manifest itself in different forms. In the west it calls into question the trust in the establishment parties and the media, while in the east that trust has never existed”. The loss of trust towards political parties and the unavoidable repercussions, in the long run, on the very principle of representative democracy are not yesterday’s news, and they don’t just concern the Bundesrepublik. The 5 Star Movement and the League in Italy, the AfD, and, in a different way, even die Partei in Germany owe their existence to this now entrenched loss of trust. Perhaps now, as Rusconi claims, one may truly have the chance of witnessing the end of a democracy based on liberal precepts. What kind of democracy will replace it is something that needs to be considered very carefully. 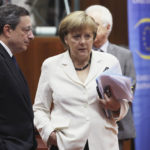 A drawn out status quo 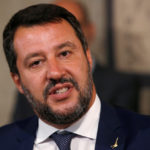