Here who are the guilties for the massacre of Paris 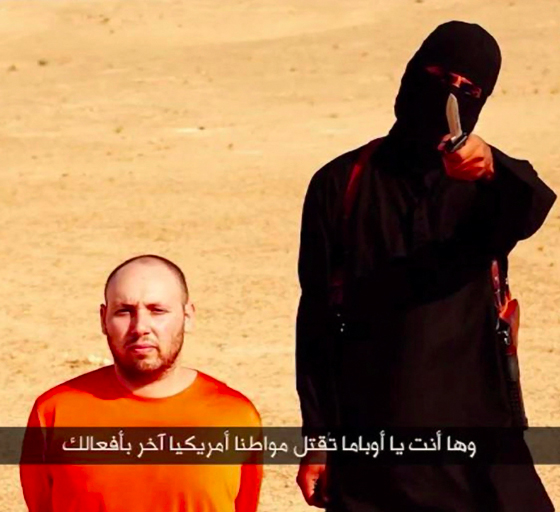 In Arabic it’s known as Daesh, in the West it initially hit headlines as ISIS (Islamic State of Iraq and Syria) and then simply as IS (Islamic State). Founded by Abu Musab al-Zarqawi, the movement began operations with a series of terrorist attacks in 2003 after the US invasion of Iraq.

A year later its affiliation with al Qaeda became official, and the group even became known as AQI (Al Qaeda in Iraq); the move enabled al-Zarqawi to expand and Osama Bin Laden to get a foothold in Iraq. After al-Zarqawi’s death in 2006 (in a US bombing raid), leadership was passed to Abu Omar al Baghdadi and, upon his death in 2010, to Abu Bakr al-Baghdadi. In 2013 the group was re-christened ISIL (Islamic State of Iraq and the Levant), having recognised the Syrian chaos as an opportunity to expand to the east and reinstate the Caliphate.

The rupture between al Qaeda and ISIS took place in February 2014: al-Baghdadi disobeyed al Qaeda leader Ayman al- Zawahiri, who ordered him to leave Syria to the rebels of the al Nusra Front (al Qaeda affiliates) and focus on Iraq. ISIS’s refusal – justified by its Caliphate of Iraq and the Levant that would include Syria – led to the breakup.

In the areas under its influence, ISIS has opened schools and ensures that food is halal, but is known primarily for its brutality – amputations, decapitations and the Raqqa crucifixions have been broadcast worldwide – particularly against Christians, who are forced to flee their land to escape death. Abu Bakr al- Baghdadi, the Caliph (“supreme leader”) of ISIS since 2010, was held on terrorist charges by the US in Camp Bucca from 2005 to 2009, during which time his thinking became radical. When the Iraqi government took over the prison in 2009, they decided to set him free. Today there’s a $10 million price tag on his head.

According to estimates, ISIS members number between 7,000 and 10,000 (of which 3,000 are foreigners) and include former al Qaeda affiliates and former soldier of Saddam Hussein’s military, but their numbers are not sufficient to hold the many cities they’ve won over, so they have formed alliances with Sunni tribes and former Baathists.

Unlike other movements, ISIS also relies on many young Muslims who have come from abroad, mainly from Chechnya but also from Europe (France and Great Britain): over 3,000 fighters, all guaranteed a monthly wage of $600 (€490).

Baghdadi’s extremely wealthy Islamic State – until last year international donations could be channelled through banks – is financed primarily through illegal activities such as contraband and kidnappings. In 2012, ISIS took control of oil fields in Eastern Syria and is selling oil to its enemy, Syrian President Bashar al-Assad; it also receive donations from Saudi and Qatari donors and levies taxes on the populations living in the territories it is gradually taking over.

A large international coalition has been formed to stem IS’ progress: it includes Great Britain, France, Australia, Canada, Germany, Turkey, Italy and Poland as well as ten Arab nations. Their strategy is to perform air raids on Iraq (they have no soldiers on the ground), provide resources to better outfit non-ISIS Syrian rebels and supply military support to the government of newly elected Iraqi Prime Minister Haider al-Abadi and the Kurdish Regional Government.

While addressing the United Nations General Assembly, both British Prime Minister David Cameron and Danish Prime Minister Helle Thorning-Schmidt underlined how the response to the ISIS phenomenon must be global and broad enough to wipe out the ideological and cultural background that fuels the organisation’s ranks, a concept that has also been voiced on several occasions by US President Barack Obama.

Questions remain as to whether our democracies have the structural capacity to integrate the vast number of young people who abide by Islamic culture and religion in this period of epic migrations. An online survey by the Milan University Association’s Voices from the Blogs, based on opinions expressed by two million Arabic speakers in Europe and the Arab countries, showed there’s greater support for the Caliphate in Europe than in Syria!

The European Union’s 28 countries have a total population of 505 million. Counting citizens and immigrants, the Muslim population is about 20 million. Three thousand young men and women actively involved in jihadist movements may seem negligible, but this would be an erroneous assessment, as the Islamic State’s power to attract young, underemployed and loosely indoctrinated people is worryingly high. European governments should be working to severely curtail the recruitment of European jihadists by the Islamic State, even if the repercussions on freedom of movement, counterterrorism coordination and even freedom of expression may be significant. Curbing the Islamic state’s propaganda on the Internet and social networks is another important task in order to maintain an open dialogue with international public opinion.

The new political cycle in the EU that is starting – with a new Parliament, new Commission and a new High Representative taking office – can facilitate a review of existing policies towards the Mediterranean and the Middle East and an exploration of new avenues of cooperation with and among regional players (Iran, Saudi Arabia, Turkey, Egypt, Qatar and Israel) in order to identify windows of opportunity to de-escalate regional tensions via diplomacy and dialogue.