Strategic acrimonies in the Persian Gulf, and particularly between Iran and Saudi Arabia, are constructed through Self vs Other perceptions and representations – together with recent (and past) key historical facts.

Qatar isolation and June 7th twin terrorist attacks in Tehran exacerbated the rivalry on the road Tehran-Riyadh, which is already devastating the Middle East with proxy conflicts (such as those in Yemen and Syria), 2015 hajj stampede deaths and executions (see the case of sheikh Nimr al-Nimr).

What is going on is also a war of words, where identities are neither fixed nor monolithic. It is, therefore, a story of political processes and transformations over time. 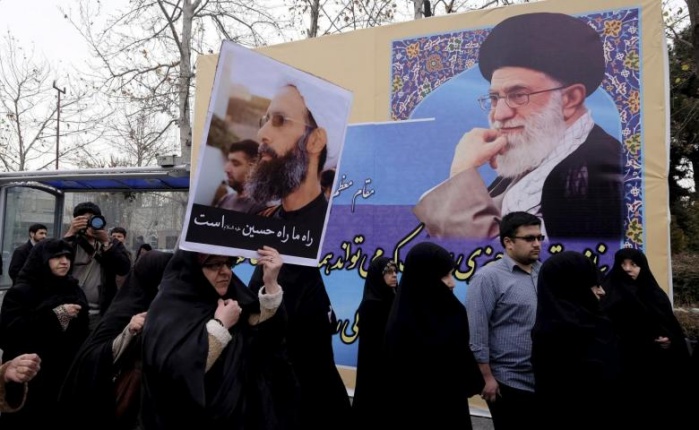 How the “Other” was portrayed over the past 38 years

Riyadh leaders frame Tehran’s role in the Middle Est in terms of Iranian difference. They stress on the sectarian divide (Wahhabism is SA’s dominant faith), by emphasizing Iran’s Shi’a identity as a threat looming over the region and the Saudi monarchy since 1979 Iranian revolution. In the Saudi public discourse, the Iranian “Other” is portrayed as the source of regional instability against the Arab “Self”, and is trying to “control the Islamic world”. The supposed threat to regional security, embodied by the Islamic Republic of Iran, was perceived especially concerning Shi’a domestic opposition within Saudi Arabia, as well as Bahrain. The Gulf Cooperation Council, established in 1981, has to be understood in this perspective.

The Iranian regime discourse changed over time. Shortly after the revolution, in Khomeini’s pattern, a foreign policy of “resistance against the oppressors” was traced. Under the umbrella of a pan-Islamic ideal, guided by Shi’a Iran, Khomeini envisioned a struggle understood in binary terms: oppressed rising against oppressors. He called for unity among all Muslims – not just Shiites – against the so called “foreign threat”. In this context, Middle eastern monarchies, with Saudi Arabia first, were included on the side of the United States and those defined as “ungodly agents”.

Then, following the Iraq’s invasion of Iran in September 1980, anti-Iranian sentiments – peculiar to the Arab nationalism of Ba’athist Iraq – became explicit. Furthermore, the shared perception of Iran as threat, among Persian Gulf states in particular, legitimized the invasion both at a regional and international level. At that time, Saudi Arabia – together with Kuwait – financially supported Saddam Hussein’s war against Iran (1980-1988).

In the meantime, the politicized Shi’a front expanded its links within the Middle East and polarized Shi’a groups all over the region, starting from Lebanon with Hezbollah and the so-called “axis of resistance”. Nevertheless, since the Iranian 1979 revolution, the presence of the Shi’a element has been gradually reduced in Tehran’s foreign policy.

In Syria, Yemen and Iraq, Riyadh and Tehran found themselves always on two different sides. In the first case, Iran backs the regime of Bashar al-Assad and the Saudi monarchy supports the extremist sections of rebellion. In the second one, Riyadh military divisions bombed Yemeni Houthi stronghold. As for Iraq, Saddam – replaced by a Shi’a government – was considered an obstacle against Iran’s perceived expansion and influence in the region.

However, sectarian rift has little to do with these battlegrounds, because religion has unfortunately become a pretext, exploited for fighting a proxy war where civilians are paying the highest price. 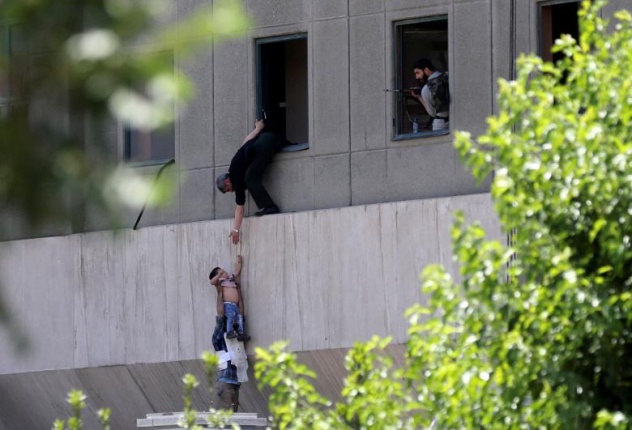 After the recent terrorist attacks at Iran’s Parliament and the Mausoleum of the founder of the Islamic Republic – where 17 people were killed – the Supreme Leader, Ali Khamenei, blamed Saudi Arabia and the United States. He declared that the attacks (claimed by the self-proclaimed Islamic State) were a “clear indication of the animosity and malicious hostility of the agents of the arrogance with the noble Iranian nation and everything related to the revolution, the Islamic system and its exalted late leader (Khomeini).”

He also added: “The definite result of these attacks is nothing other than increasing hatred toward American governments and their agents in the region, such as Saudi Arabia”.

The commander in chief of the IRGC, the Revolutionary Guards Corps, Mohammad Ali Jafari, said that Iranian intelligence has “precise information” about the involvement of Riyadh, which “has sked terrorists to carry out operations in Iran”. Furthermore, according to Iranian officials, the terrorists were Iranian and connected to Wahhabi cells.

At the moment, no evidence to prove these accusations has been provided.

Nevertheless, as WikiLeaks cables revealed in 2009, already a few years ago Saudi king supposedly requested the US to “cut off the head of the snake” (Iran).

With Donald Trump at the White House, fueling the narrative against Iran “funding terrorists”, and his weapons sale to Saudi Arabia, more troubles are likely to come in the Middle East. And beyond a simplistic geopolitical vision, this dangerous global game for hegemony may kill more civilians and deeply hurt diplomacy, also threatening the outcomes of the Iran deal.