Since the beginning of the war, Ukrainians have been asking to join the EU while Member States are undecided on how to behave. A fast entrance into EU seems to be impossible betraying unsolved integration issues 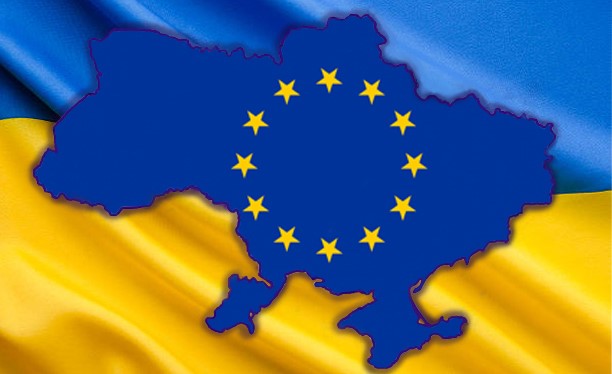 After the unlawful Russian invasion of Ukraine, discussions concerning the Ukrainian accession started among EU Member States. Probably there will be no fast-track convergence, but the operations to bring the country in the EU have sped up.

Ukrainian aspirations can be traced back to 2013, when the former president Yanukovych refused to sign the Association Agreement (AA) and the Deep and Comprehensive Free Trade Agreement (DCFTA), lighting the spark for the 2014 pro-European Maiden revolution. As a consequence, the following Poroshenko government signed the AA. Putin’s discontent manifested quickly through the Crimea annexation and support to the Donbass war. Moreover, Russians were afraid of the DCFTA effects on their economy, which led to trilateral dialogues with EU and Ukraine.

Why did the AA raise concern? It recognized Ukraine as a European country, sharing the same traditions and values. Inevitably, it dragged Ukraine closer to EU influence and paved the way to further relations avoiding any mention of membership aspiration.

Over the last month, things began to change. After the war broke out February 24th, the 28th Zelensky government submitted the membership application (Moldova and Georgia followed by return). The day after, the European Parliament approved with a wide majority a resolution asking to grant Ukraine the status of candidate. On March 10th, the Council (EUCO) in Versailles acted swiftly asking the Commission (EC) for the necessary opinion on the application.

Is the path clear towards membership?

In spite of the recent acceleration, there are several legal steps towards Ukraine membership and the time frame is anything but short. Article 49 TEU is the legal base for enlargement. Accordingly, every European State that respects the EU values of Article 2 TEU may apply for membership, and Ukraine is certainly deemed a member of the European family. Although the EP has already displayed its favourable view, the upcoming requirements to obtain the candidate status are the EC positive opinion and the EUCO unanimous endorsement.

Once obtained, a complex merit-based negotiation phase starts. Ukraine will be put under a magnifying glass to make sure its system can withstand the entry. It will have to meet the Copenhagen criteria concerning political stability, market economy and compliance with the acquis communautaire. The negotiation between EU and Ukraine will follow the 35 chapters of the acquis, each one of which represents a field where the candidate’s progress have to win the satisfaction of all 27 EU governments.

After this step, the last phase of the process begins. The accession treaty stating membership conditions has to be drafted, winning the support of the EC, EP, and EUCO. Eventually, the candidate state and every single EU country have to ratify the treaty following their own constitutional rules.

Is Ukraine ready to join?

In order to join the EU, Ukrainian legal system has to fulfil the EU standards. However, despite all the efforts made in the last five years, the country is not ready yet. From the 2020 Association Implementation Report on Ukraine, it emerges that the country made significant progress in some areas. As an example, it adopted a new electoral code granting plurality, and it implemented its anti-corruption legislation (albeit recent ruling of the Constitutional Court created legal uncertainty). On the other hand, there are still several areas in which further efforts are required, such as the rule of law, judicial reform, corporate governance and state-owned enterprises.

Someone said that western Balkans countries are “on a slow train to nowhere”, but regardless of whether they will join the EU or not, it is interesting to compare the timeline. Ukraine’s application is now waiting for the EC opinion, as it was for Bosnia and Herzegovina in 2016. This latter had to wait until 2019 to receive it. In addition, we can mention North Macedonia and Albania that respectively obtained the candidate status in 2005 and 2014 but have not started negotiations yet.

Serbian membership process is not going faster. The country has been a candidate since 2012 and by now it is still working to meet the opening benchmarks (prerequisites to achieve before starting the real negotiation phase). Lastly, Montenegro, which has been a candidate since 2010, is currently the only Western Balkans state with opened negotiations chapters, but after almost ten years, only three of them are provisionally closed.

It must be emphasized that a quick Ukraine accession to the EU could create disparity with western Balkans states, whose membership ambitions have been recognized since 1999. A faster Ukrainian accession would overturn previous statements, generating more euro-scepticism in the Western Balkans area. It could potentially create a fertile ground for the growth of nationalist parties, and as a result the Europeanisation process would likely face a slowdown due to political instability of the region.

Is EU ready for new enlargements?

The fourth Copenhagen criterion calls for the Union capability to absorb new Member States. It has been observed that the joining states could bring financial problems, as they would receive from the EU more than what they could actually offer. As a matter of fact, some wealthier countries could express their discontent, and that is why reasoning on a multi-speed EU integration should be taken forward. Another issue is related to the dimension of the joining countries: notably, Ukraine would be the fifth most populous country. This factor would alter the political balance in a population-weighted voting system as the one used by the Council of the EU.

Actually, the real issue lays elsewhere. EU needs to preserve its law-making capacity which has already been severely tested. In some areas the required voting system is still the unanimity, which complicates to reach agreements in an ever-larger Union. Switching to a majority voting system would be crucial to welcome new Member States successfully and enhance the EU international weight.