«Jews in Europe still fear for their safety today», the European Parliament’s President Martin Schulz said commemorating the 70th anniversary of the liberation of Auschwitz and following the terrorist attack on the Charlie Hebdo magazine and the Kosher shop in Paris. «That is something that must frighten us and we need to resist that fear. <<We need to ensure that this hatred does not become contagious», he added. 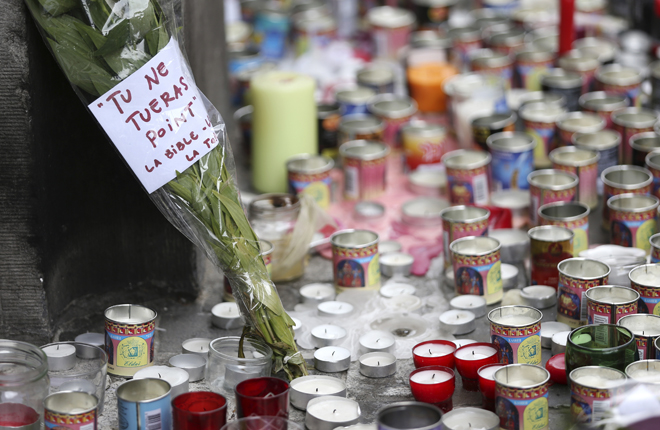 Antisemitism is rising across Europe

In Belgium, during and after the antiterrorist actions, Jewish schools, shops, religious buildings have been closed and put under tight military security. Many years have passed, the world war conflict seems distant, but antisemitism in Europe is still around the corner.

According to a study by the Fondamental Rights European Agency (FRA) published in the 2013, in the duration of 12 months 26% of all respondents reported that they experienced an incident or incidents involving verbal insult or harassment because of being Jewish; 4% experienced physical violence or threats of violence. Among the 8 EU states, France seems to be the the country where the fear from antisemitic acts is the largest: 70% of the respodents declared their fear of receiving verbal insults or harassment and 60% of them are afraid of a physical attack. The second country is Belgium with 64% of respondents afraid of verbal insults, 54 % afraid of physical attack. Then come Hungary, Germany, Latvia and Italy. In Italy the data are around 39% and 22%, respectively.

«There is racism in general; that is the problem in Belgium. Antisemitism is only one aspect». (Woman, 60–69 years old, Belgium, source: FRA).

The night before the European and national elections , 24 th of May 2014, the Jewish museum in the heart of Brussels, in Sablon area, was attacked by terrorists. Four people died. It happened in the middle of the day. The website antisemitisme.be registered 64 acts against Jews in 2013. In 2014 this number increased to 102 acts, roughly 60% in just one year. This increase seems linked to the terrorist attack of 2014 and to the positions expressed on the Israel- Palestine conflict, especially on internet. Every year many Jews leave France to move to Israel, in Belgium the number is around 250 people.

Against racism, radicalism and fanatism, the Belgian Government presented a new subject that will be soon introduced in the schools: education to diversity. Cultures and religions in the Nordic country are a great number, considering that only the 60% of population are of belgian origins. Nowadays there are two hours of religion at school and everyone can choose which one he prefers to attend; but that creates divisions, closure of minds and possible discriminations. It is now open the debate in the country if this citinzenship subject should completely replace the religion hours, teaching the education to different cultures and common values, or alternatvely to leave one hour training on the history of different religions.