Maritime music from the Pharaohs to Britney Spears

“A song is worth ten men”, a seafaring saying goes. Sailors, castaways, pirates and kings swinging with the Beach Boys 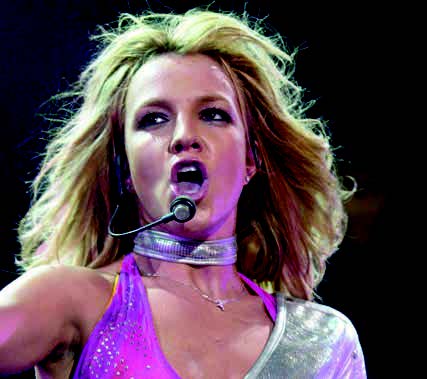 There has always been music on ships; the evidence dates back as far as the ancient Egyptians, no less. Trumpets and drums on military ships; rousing choruses on cargo ships; small orchestras for aristocrats and kings: music was used to synchronize movement, keep morale high, and pass the time. With the advent of steamships, some of these sea shanties became hit songs, and seafaring music survives to this day, on cruise ships and, for example, in the phrase “the band played on”, a reference to the Titanic’s orchestra, which continued playing till it sunk to its watery grave.

Water Music – Georg Friedrich Handel. Commissioned in 1717 by George I of Hanover, who had just been crowned king, Water Music was composed for a 50-piece baroque orchestra – minus a harpsichord, for lack of space – that was installed on a barge and made to sail down the Thames. The king attended the concert from another barge, in the company of a select group of aristocrats. The sequence of the movements that comprise the three suites is not set. For the first performance, Handel used the slower movements when the orchestra barge was closer to the king’s boat, and the allegros when it pulled away.

Sloop John B – Beach Boys.Along the route between Africa and the West Indies, slaves and sailors sang work songs such as this one in chorus, in a typical ‘call and response’ style. The song tells the story of a man and his grandfather who after a night spent roaming around Nassau, drinking and getting into fights, want to get back on their sloop and go home. But their captain is drunk, as is the rest of the crew, even the cook. Ethnomusicologist Alan Lomax recorded it in the Barbados Islands in 1935. In 1950, Pete Seeger and the Weavers recorded a folk version, “(The Wreck of the) John B” (although the song makes no mention of a shipwreck), which was covered by Johnny Cash and Lonnie Donegan before the Beach Boys’ Brian Wilson got a hold of it, adding his own psychedelic touch (“This is the worst trip I’ve ever been on”) in the song’s best-known version, which was featured on the Beach Boys’ 1965 album, Pet Sounds.

Day-O (Banana Song) – Harry Belafonte. The fate of this anonymous song about Jamaican port workers was similar to that of “Sloop John B”. After loading banana boats all night, a man asks the ‘mister’ to tally up his load and pay him, because “daylight come and me wanna go home”. The 1950s calypso version became one of the first hits by actor-crooner Henry Belafonte, who was among the first symbols of a newfound African-American pride.

Il tragico naufragio della nave Sirio – Giovanna Marini, Francesco De Gregori “Ed a bordo cantar si sentivano/ tutti allegri del loro destin” (“They were heard singing on board / All of them excited about their destiny”). Just over a hundred years ago, the SS Sirio, an Italian transatlantic steamer that sailed from Genoa to South America, met the same fate as the Costa Concordia when it ran aground on the reef of Cape Palos in Spain, three kilometres from shore. The ship remained in the water for ten days, the prow jutting out of the sea, the stern just a few metres underwater. But the violent force of the impact, the reigning panic, the rush for the few lifeboats available and the explosion of the engine took almost 500 lives. The version by De Gregori (who years earlier had written the album Titanic) and Giovanna Marini, is a cover of the song by folksinger Caterina Bueno, which was based on the verses of singer-songwriters of the era.

The Sinking of the Reuben James – Woody Guthrie. On 31 October, 1941 the US destroyer Reuben James was sunk by a German U-boat off the coast of Iceland as it escorted a convoy of mercantile ships bound for England. It was the first ship the Allies lost in WWII. Guthrie virtually wrote the song ‘in real time’, and originally wanted to include the names of all 100 sailors who lost their lives in the attack. But he settled on beginning the second verse with, “Tell me what were their names/Did you have a friend on the good Reuben James?” before reassuring everyone that “our mighty battleships will steam the bounding main.”

Shipbuilding – Elvis Costello “It’s just a rumour that was spread around town”. One of the worst fallacies of the Falklands War of the early 1980s was the idea that war would mean that the abandoned shipyards of northern England would finally be reopened. Costello wrote it from the point of view of the shipbuilders and their moral dilemma: if the yards reopen, the men may be able to buy “a new winter coat and shoes for the wife” and “a bicycle on the boy’s birthday”. But is it worth it? The song ends with: “Diving for dear life when we could be diving for pearls”. Recorded in two versions, one by Robert Wyatt (in 1982) and the other by Costello the following year (with Chet Baker on the trumpet), it is considered to be one of the most beautiful and moving songs of recent decades.

In the Navy – Village People. In 1979, the US Navy lent the Village People an entire aircraft carrier to shoot a recruitment ad. The resulting song came on the heels of the enormous success of the previous year’s ‘YMCA’. The Village People were, of course, a notoriously gay disco group who wrote sexy, tongue-in-cheek dance music. This song was an enormous macho double entendre, and the protests against it were overwhelming. The recruitment campaign was cancelled.

Baby One More Time – Britney Spears. According to the Guardian, the British Navy plays Britney Spears songs full-blast to intimidate pirate ships sailing off the eastern coast of Africa. Strange, but true.

Do you have a MASTERPASS?