On 4 December 2018, United States (U.S.) Secretary of State Michael R. Pompeo gave a speech at the German Marshall Fund in Brussels about ‘restoring the role of the nation-state in the liberal international order.’ At the core of that speech, he posed a fundamental challenge to world order: ‘Every nation – every nation – must honestly acknowledge its responsibilities to its citizens and ask if the current international order serves the good of its people as well as it could. And if not, we must ask how we can right it.’ He insisted that: ‘nothing can replace the nation-state as the guarantor of democratic freedoms and national interests.’ And he went on to explain: ‘Our mission is to reassert our sovereignty, reform the liberal international order, and we want our friends to help us and to exert their sovereignty as well. We aspire to make the international order serve our citizens – not to control them.’ In the language of the most recent U.S. national security strategy, this perspective on world affairs is characterized as ‘principled realism’. Pompeo describes it more simply as ‘common sense’. While Pompeo is right that his view is common, he is wrong to believe in its realism or even that it makes sense.

History never repeats itself precisely, but we have been in a similar situation before. The ‘common sense’ that Pompeo has to offer is a running theme in E.H. Carr’s classic analysis of The Twenty Years’ Crisis — a book published in 1939. That book can be read as an indictment of Pompeo’s speech almost eighty years before the fact. The argument in the book reflects Carr’s disillusionment with America’s first attempt to restructure the world system around the national state through the 1919 Treaty of Versailles. Carr participated in those treaty negotiations as a British diplomat focusing on the countries of Central and Eastern Europe. He saw first hand the awkward fit between the ideal of the nation-state and the reality of how people are organized both economically and politically in different parts of the globe.

Carr also saw the dangers in assuming that the universal pursuit of ‘self help’ by sovereign nations would somehow lead to a ‘harmony of interests’ as opposed to violent conflict. Pompeo makes great effort to tie his common sense to ideological liberalism. There are good reasons to promote and aspire to liberal values. The challenge is to use those values as the basis for recasting world order. This is where Carr’s version of realism differs from Pompeo’s.

Carr characterized the liberal view as dangerously utopian insofar as it ignores the central connection between morality and power. Different countries will only embrace common values by mutual consent, Carr argued. This is not a problem so long as the stronger countries are united and weaker countries have no choice but to accept their leadership. It becomes a problem, however, when the distribution of power starts to shift. The strong can only enforce international morality on the weak so long as they do not have to face the threat posed by a dissatisfied and rising power. For Carr, that rising power was Germany; for Pompeo it is China.

If Pompeo overlooked this central insight from Carr’s analysis, that is another aspect of his perspective that is common, particularly in the United States. Carr’s book was widely read and appreciated across the English-speaking world, and yet it had a different impact on the two sides of the Atlantic, as Michael Cox points out in his brilliant introduction to the latest edition. In the United States, The Twenty Year’s Crisis inspired the classical realists like Hans Morgenthau to write about Politics among Nations. It also inspired a firm commitment to the notion that hegemony — first British and now American — is crucial to world order. These are themes that run throughout Pompeo’s speech.

Europeans read Carr differently. They focused more closely on Carr’s warning about the dangers inherent in any system based exclusively on nation states. They also highlighted a sophisticated argument Carr makes about the transformation of ‘sovereignty’ from the recognition of geographic authority during the breakdown of the great medieval empires to the more subtle forms of interdependence that exist today. This reading challenges the easy characterization of Carr as an unabashed ‘realist’. More importantly, it sets Carr up as a prophet for the challenges that Europeans face today both at home and in their relationship with the United States.

Writing in the late 1930s, Carr anticipated that nation states would participate in multiple and overlapping forms of integration that paid less attention to formal sovereignty or international recognition. Instead, these ‘group units of the future’, in Carr’s view, would place more emphasis on effective decision-making and conflict resolution. This arrangement might not be ideal from a self-help perspective, Carr admitted, but they are likely to attract more general consent because the practicable alternatives for world order are so inherently inequitable and oppressive. When Pompeo points to the British referendum on membership in the European Union as a wake-up call, he makes the point that perhaps the EU is not delivering everything that the British want. That is true, but that does not mean the alternative would be any more attractive — which is what the British appear to be learning today.

The necessity to compromise in the pursuit of the national interest is what makes Carr a realist. But Carr was never a pure realist in the European reading of his text. He was an idealist insofar as he believed only some vision of a better future can inspire collective action. This better future is not solely a matter of working with allies and friends, but also a question of working with countries that offer more profound disagreement. Moreover, it centers on resolving the inequalities that arise from the distribution of power and resources both internationally and domestically.

This line of argument was not always productive; sometimes it led to grave error, as Carr was later to admit. For example, Carr initially argued in favor of some appeasement of Nazi Germany as a rising power. For good reasons, this argument drew criticism from Carr’s contemporaries and would continue to draw fire today. At times, however, his insights were more clearly prescient. Carr also made the case for greater redistribution to offset the inequities of the market economy. That argument had a strong appeal in the aftermath of the Great Depression; it has an even stronger appeal today.

Whatever Carr’s unevenness in hindsight, it is worth considering whether the European reading of Carr’s classic text offers a framework for responding to Pompeo’s argument for returning to a world of nation states. Just because appeasement failed with Nazi Germany does not mean there is no scope for accommodating China as a rising power, and just because Soviet-style redistribution failed to eliminate inequality is no reason to embrace an ideological commitment to the free market.

Europe has learned a lot over the past eight decades about the need for calibration in international relations and in economic policymaking. They have also learned to accommodate changes in the balance of power across countries without losing the consent of those who participate in shared arrangements. When Germany moved quickly to unification at the end of the Cold War, many Europeans expressed trepidation. Few would have thought then that a quarter of a century later, a Polish foreign minister would worry more about German weakness in Europe than about German power.

Now is the time for Europe to offer a constructive vision of world order that departs from the return to nation states that Pompeo advocates. True to Carr’s argument, this vision should be utopian enough to show how we arrive at a better place and realist enough to show how Europeans can convince reluctant partners and rising powers to make compromises in the interests of mutual gain.

The prospect of force against force that Pompeo offers and the discipline of American global leadership is not the only way to restore international order and it may turn out to be explosively counterproductive. That was Carr’s concern in the 1930s and it remains important. The difference between then and now is how much both sides of the Atlantic have learned in the meantime. Europeans must find a way to articulate that experience more persuasively. Because without some contrasting European vision, grudging acceptance of Pompeo’s principled realism as common sense will only become more common — and the world may suffer the consequences. 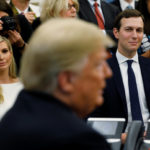 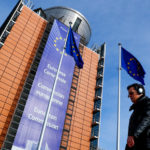