Before the invention of crime reporting there were the murder ballad. These songs described violent crimes and fearful retributions, and the listener was often moved to compassion for the murderer as much as the victim.

KNOXVILLE GIRL – The Louvin Brothers
This ballad recorded in the Fifties harks back to a poem of the Elizabethan age. It’s the story of a femicide, as one would call it today. In the first verse a guy meets a girl and takes her for a stroll one Sunday evening. In the second verse he picks up a stick, kills the girl and throws her into the river. He can’t avoid spending the rest of his days “down in this dirty old jail” because he’d killed “the girl I loved so well”. But why did he do it?
For scholars of murder ballads every incomprehensible violence perpetrated against a woman by a main character who says he loves her conceals man’s abject fear of female sexuality. In the Fifties the Louvin Brothers country duo were among the most outrageous performers of this perverse combination of sex and sin. They were fervent Baptists and had the nerve to entitle a whole album to the impending threat of Satan’s coming, but they were also violent alcoholics and unrepentant womanizers. Ira Louvin died in a car crash along with his fourth wife on the same day the police were about to put him in jail, charged with driving under the influence. 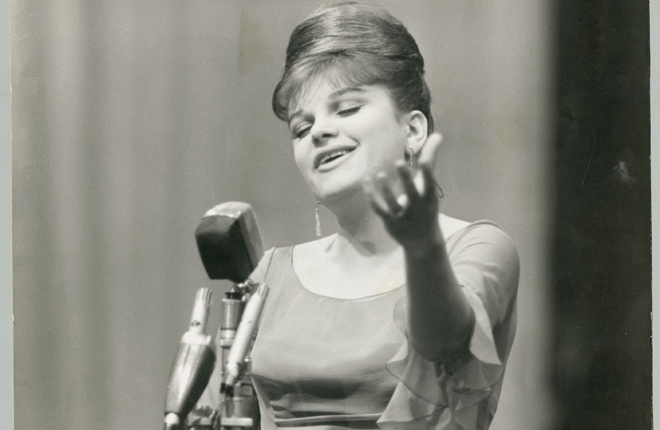 In the middle of the Fifties in a Milan that was too like Milan to be true, Giorgio Strehler staged Bertold Brecht’s Threepenny Opera. One of the most famous lines written by the German playwright runs: What’s breaking into a bank compared to founding one? With this lesson in mind and the help of his favourite tune writer Fiorenzo Carpi, Strehler wrote Ma mi and Le Mantellate for a recital entitled “Crime Songs”. The songs were sung by the director’s fiancé at the time: Ornella Vanoni, the daughter of a rich Milan family, who was very dark and foreboding on stage.
Ma mi is the tale in three acts of a Milan low life who, having already been arrested by the “Germans of the Wehrmacht” and questioned once again at the police station by an “ugly southern” police commissioner, never spills the beans on his accomplices and friends. He will end up in a cell in San Vittore asking himself what kind of world he’s living in where “freedom is worth a tip off”. The song was later sung by Tino Carraro, Enzo Jannacci and Milva.
In a RAI TV variety show of the time, Strehler directed Milva’s interpretation of the song and insisted on the brazen, serious cheerfulness (so un-Italian, he added) of this small time crook who may not abide by the law but whose morality might be a lesson to us. In the 90’s the song was associated with many of the figures who featured in the Milan ‘Tangentopoli’ kickback scandal, many of them socialists like the partisan Strehler, who found themselves in San Vittore like the criminals they used to sing about in their youth. “Mi parli no (I won’t tell)”, they’d mumble to themselves.

In Cambodia in the 60’s and 70’s, many songs mingled traditional style songs to the music they listened to on US Forces radio stations: Latin rhythms, crooning, psychedelic rock. The result, from our point of view, is alienating and fantastic. The star of the genre was Sin Sisamouth. The son of a jail warden, a professional nurse and a masterly singer and musician, he wrote around 1000 songs, including this tearful “20 years in prison”. Plot: a jealous husband is serving his prison sentence for having killed the lover of his wife, who he’d caught in the act after leaving their little daughter all alone.
The real tragedy was the fate that befell these songs: they were banned by the Khmer Rouge, who shot the singers. Even poor Sis Sisamouth. No one knows exactly where or when. Some say on the road as he was trying to reach Phnom Penh with his pregnant second wife, others say in jail. The legend has it that before his execution he tried to soften his gaolers’ hearts by singing a song.
@alpicci1