The heroin epidemic in Myanmar

In Myanmar drug addicts are everywhere: the phenomenon is now ordinary and socially accepted. Consequently, there is a significant spread of HIV and a precarious state of health at a general level 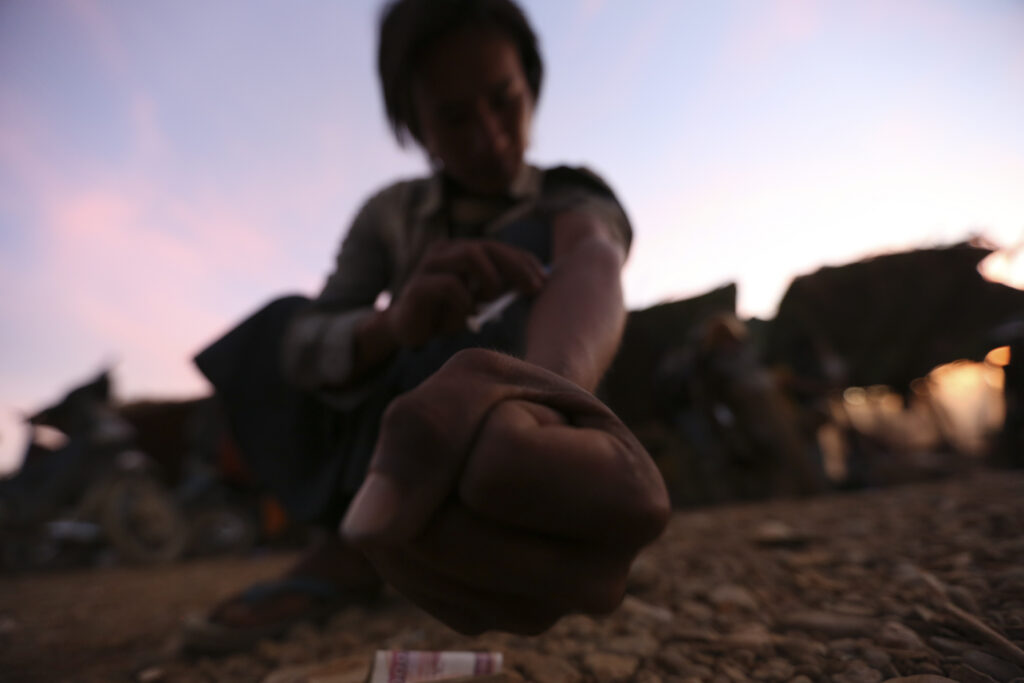 A miner injects heroin at a mine dump at a Hpakant jade mine in Kachin state, Myanmar November 29, 2015. Narcotics addiction is rife among the gem scavengers or “handpickers” who flock to the northern township of Hpakant, producer of some of the world’s highest quality jade, in hopes of finding lumps of the precious stone overlooked by big miners. Picture taken November 29, 2015. REUTERS/Soe Zeya Tun

A 2016 article in the Transnational Institute (TNI) cited a representative of a local civil society organization who said  “More Kachin people have died of drug-related problems than because of armed conflict.”

The region, located in the mountains in northern Myanmar right on the border with China, has been involved in harsh conflict for decades. This situation has flown under the radar of the international community. In the last few years, attention was focused on the dramatic events involving the Rohingya Muslim minority. Less known, the conflict in the Kachin region has nevertheless had a significant impact on Burmese society. Since the 1962 military coup, the national army has had to deal with the Kachin Independence Army (KIA), an armed movement whose aim is to gain control over the territory and obtain autonomy from the central authority. The clash has regained its momentum since 2011, leaving several bombed villages and 120 thousand displaced people behind. It has created the perception of constant danger.

Still, the conflict itself is not accountable for the principal damage, at least not directly. The Kachin region is affected by a heroin epidemic. No concrete figures are available, but the non-official ones underline that Kachin has the highest number of drug addicts in the world. The incidence is worryingly high: at least one member per household. Consequently, there is a significant spread of HIV, transmitted through the injections, and a precarious state of health at a general level.

Heroin has always been present in this area since Myanmar is historically one of the countries where opium poppy farming is widespread. In 2019, UNODC counted 33 thousand hectares dedicated to this cultivation: it is second only to Afghanistan. The conflict has contributed to pushing society towards more drug abuse. Decades of clashes have led to a gradual loss of hope and prospects. At first, people still wanted to affirm their rights, but then, more than fifty years later, no progress has been made, and they gave in to disenchantment.

Drug addicts are everywhere, to such an extent that the phenomenon is now ordinary and socially accepted. It is considered a getaway from a hostile situation. Heroin is exceptionally sought-after in the countless refugee camps of the main town Myitkyina and in the whole Kachin, and. after spending their meager funds on drugs, those who live there have few means to secure more than bamboo shelters with oilskin cloth walls.

The addiction among miners and the youth

For miners, living conditions are arduous, as well, and constitute a driving factor towards drug abuse. Myanmar is famous for its raw materials, and Kachin is rich in jade. Fourteen-thousand hectares are dotted with quarries. The extracted minerals generate a turnover of 31 billion dollars, according to Global Witness. The jade market is highly profitable, but it does not reflect on miners’ working conditions. They are subject to inhumane conditions and face constant risk of death from inadequate or non-existent workplace safety. Heroin consumption is necessary to get through the day. According to The Diplomat, 80% of miners in Kachin are users. Frequently, they are paid in doses: they might start using precisely due to free injections. The aim is to let them develop the addiction.

Drugs are remarkably common also among the youth and in the universities. “Most of the state school students above grade six are using drugs, and some are injecting themselves,” Naung Latt, a member of the local anti-drug committee, declared to Reuters. Samson Hkalam, the reverend of the Kachin Baptist Convention, interviewed by CNN, asserts that two out of three young people are addicts. For them, too, the main reason is the lack of prospects. Until a few years ago, Myitkyina University guaranteed high-level education, but then lectures were mostly cancelled, and the higher-quality ones became less and less affordable.

Where are the institutions?

In this situation, the authority figure is missing, as the government swings between two different attitudes. On the one hand, it might want to downsize the extent of the heroin spread and instead underline the progress made. On the other, it may prefer to highlight its severeness and charge the rebel movement with the responsibility of the failed attempts to  reduce the drug’s popularity.

As a matter of fact, both KIA and the national army need the production and consumption of heroin to keep going. The secessionist groups want to control the drug markets to finance their military actions. The same mechanism is employed by other militias close to the central government and involved in drug trafficking.

In the short term, heroin spread clearly constitutes a win for the independentist movements since their survival relies on those profits. In the long run, however, it plays into the hands of the national government: opium turns thousands of people into harmless addicts, instead of active opposers. The same fate awaits the youth: until about a decade ago, Myitkyina University trained rebel leaders, now the school bins overflow with used syringes instead.

Heroin is prompting a significant portion of the population to destroy itself. Turning a blind eye to the epidemic means to be at peace with it because, injection after injection, Kachin inhabitants become less dangerous. The Burmese government eradicates in this way the source of its problems in the region, assuring for itself a much easier survival.