In the memorandum between Italy and China, two of the twenty nine agreements concern the ports of Trieste and Genoa, which Beijing sees as its gates to Europe

“Let her sleep, for when she wakes she will shake the world”. Napoleon Bonaparte was all too right. And if the truth be told, China hasn’t just stirred, it has also set its sights on Europe and some of its most important economies, and is making a concerted effort to involve them in what is undoubtedly the most sweeping infrastructural project ever conceived: the Belt and Road Initiative, or new Silk Road.

The eye of the Dragon has therefore turned its gaze westward, towards Europe and its southern shores, Italy included. In Beijing’s designs, Italy is meant to become some sort of strategic platform for Chinese penetration into Europe, with possible advantages for both countries.

Chinese interest in Europe is testified by the figures: in just eight years, direct Chinese investments in Europe have grown from one billion euros in 2008 to 35 billion in 2016. As part of the Belt and Road Initiative, this vast infrastructural and port development that will spread from Asia to Africa and Europe, the Old Continent is expected to receive a third of the total investments, which easily exceed the trillion dollars mark.

In China’s strategy for Europe, a chapter of the greatest importance is the one that concerns ports and interconnected infrastructure, such as railways. Thanks to these links, Chinese goods on arrival at Mediterranean ports can be quickly shunted onto European markets, with a saving of at least three days’ travel. In the historic memorandum between Italy and China signed at the end of March, with Chinese president Xi Jinping in attendance, two of the 29 agreements directly impact on the ports of Trieste and Genoa, which are the perfect gateways to Europe as far as Beijing is concerned.

The two Italian ports have stipulated an agreement with the China Communication Construction Company, a vast Chinese construction firm that boasts an annual turnover of 90 billion euros, but for the time being the agreement only seems to relate to generic cooperation in the fields of logistics and infrastructural connectivity. For Genoa there’s talk of a number of upgrades designed to increase the seaport’s handling capacity, an ambitious project worth one billion euros for the new dam and a few expansions of existing infrastructure, such as the Fincantieri shipyard in Sestri Ponente, as well as the creation of a joint venture between CCCC and the Port Authority. These operations, once implemented, would lead to a doubling of the container volume currently handled by the port, which could then approach the two millions TEU mark. The Genoa port chairman, Paolo Emilio Signorini, has in any case specified that the agreement with CCCC does not include the construction of infrastructure, but only consultancy on the major works already included in the port’s investment programme.

For Trieste, on the other hand, the Chinese strategy seems to be mainly focused on upgrading the railway infrastructure currently connected to the port, in perfect alignment with the contents of the Trihub plan for the development of Trieste’s infrastructure as approved by the EU. The agreement reached between CCCC and the Trieste port authorities essentially concerns the development of infrastructure between Cervignano and Villa Opicina, with particular attention also being paid to the new rail stations at Aquilinia and Servola. In the memorandum there’s also mention of the possible participation of the port in the development of the Kosice Interport, in Slovakia (currently being built by the Chinese) and the possibility that Trieste’s port takes part in a number of projects in China involving infrastructure and logistic platform development.

For the port of Trieste there is undoubtedly the possibility of recovering that crucially important logistic role that it held for many centuries, when it was an integral and highly functional part of the Austro-Hungarian empire. Zeno D’Agostino, the current chairman of the Eastern Adriatic port authority, is well aware of the port’s potential: “The strong points of the Trieste port are the depth of its basin and the potential provided by the railway system directly linked to the port”, D’Agostino explains, “the aim is to further enhance the port’s connectivity, with targeted works to improve the support facilities, in order to increase its capacity to ship goods into Europe. We have dealings with a number of Chinese companies, of course, but China is not the only country interested in the port: the acceleration of international interest that is developing around the port, right now, is quite astounding”. It’s hardly surprising that China has set its sights on the port of Trieste: besides the legal status as an international free port, the Trieste port has the advantage of being connected by rail to half of Europe.

Chinese cooperation in Italy is closely linked to Beijing’s broader designs on the Mediterranean area, which is considered crucial for China’s penetration into Africa and Europe. Besides having acquired 35% of the Euromax Terminal, one of the terminal companies operating in the Rotterdam port – the largest port in Europe – China has mainly focused on the Mediterranean, with major acquisitions in Greece (in 2016 the Chinese company Cosco purchased 51% of Piraeus, which in just a few years has tripled the container volumes handled), in Spain, by taking over 51% of Noatum Port Holdings, which controls the terminals in Bilbao and Valencia, and finally in Italy, where Beijing now holds a 49% share of the Vado Ligure container terminal. A very ambitious plan, therefore, that stretches across Northern Europe and most of the Mediterranean (China has also invested in a number of Turkish and Egyptian ports). Unlike what happened to the authority in Piraeus – which in February signed a cooperation agreement with the port of Venice, which was surprisingly left out of the agreements of 23 March – Italian law does not allow sections of ports to be sold off outright, they can only be granted as concessions.

“According to the 2016 report of the European Court of Auditors, in 2012 three of the largest EU ports, Rotterdam, Hamburg and Antwerp handled approximately 20% of European goods compared to the 15% handled by the nine ports that look onto the Mediterranean, a sea through which 20% of the world’s seafaring freight is channelled”, explains Professor Matteo Bressan, head of OSSMED-LUMSA, ” the lack of space in city ports is a real limitation, especially when it is associated with inadequate interconnecting infrastructure. I therefore think these figures provide an excellent reason why Italy has everything to gain by taking part in this initiative”.

By becoming the first country of the G7 to sign a memorandum on the new Silk Road, Italy has raised considerable alarm in the European Union and Washington, both concerned about the lack of transparency in Chinese investments and the risks connected to so called “debt traps” that have often plagued partners to agreements with China. A few days before the signing of the memorandum in Rome, the EU commission did not hesitate to define China “a partner” but also “an economic competitor” and “a systemic rival”. For Brussels, all cooperation with China con only take place within a unified framework that includes the European Union and its member states. The Unites States were even harsher: according to the American National Security Council, “backing the BRI lends legitimacy to China’s predatory approach to investment and will bring no benefits to the Italian people.” The Italian government has reassured its historic ally on more than one occasion, and gone so far as to state that, for Italy, the Belt and Road Initiative is just a commercial opportunity for its companies, certainly not a geopolitical alliance. Despite the obvious opportunities provided by BRI, in particular in the Mediterranean and for Italian ports, the divisive nature of the issue is likely to hang around for some time yet. 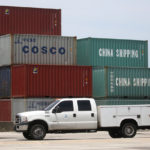 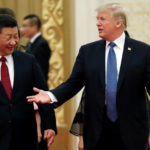