North Korea: Kim Yo-jong, the dictator’s sister, seems particularly interested in rising international tensions. But will she be the heir of the dynasty? 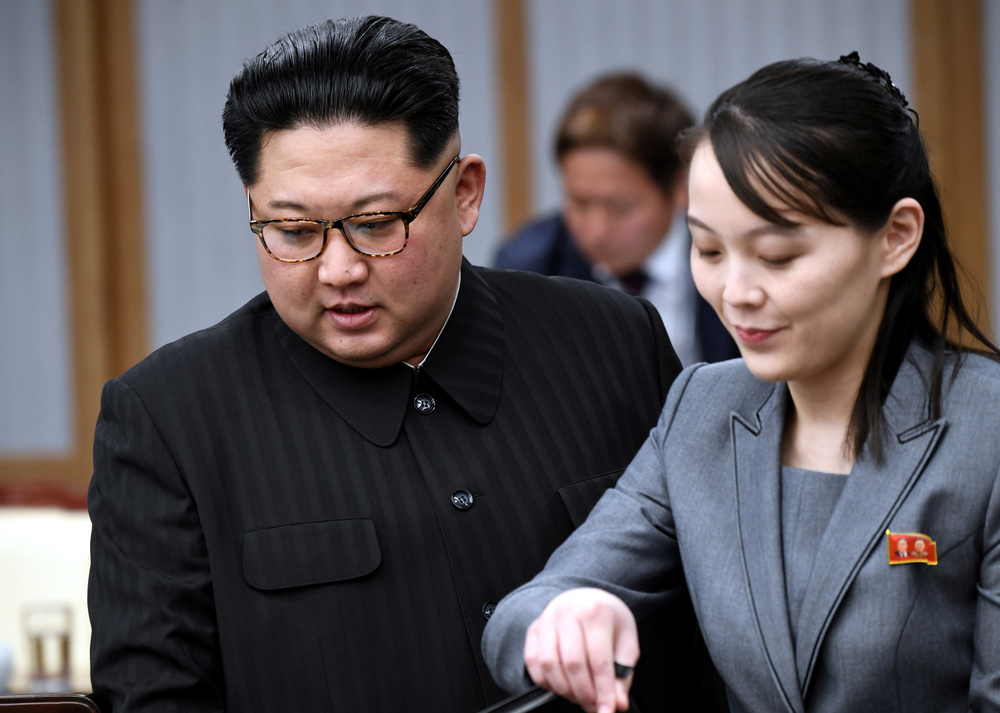 While the Korean Republic has caught the attention of the world with its swift and efficient response to Covid-19 pandemic, its northern counterpart has been in the focus of journalists and analysts for different reasons: first the disappearance and thus presumed death of its leader, Kim Jong-un, while recently the Democratic People’s Republic of Korea is in the headlines due to its growing aggression towards South Korea. However, the two events are tied together by a certain person: the sister of Kim Jon-un, Kim Yo-jong.  For months, she has been considered a possible heir to his brother, while now she is the person in North Korea who formulates threats and demands of the dictatorship towards the general public abroad.

There are several questions which can arise, and due to the closed nature of the DPRK, there is much which remains unknown. The health conditions of the country’s dictator and the reasons behind the rise to prominence of Kim Yo-jong could be debated, however, she is becoming a more visible and more significant player in North Korea. Her level of autonomy remains unknown, however, supposing she is an autonomous actor of the DPRK’s political elite, her actions provoke even more questions. Why is she interested in rising tensions? While for many her deeds seem ambiguous, she is acting in line with the logic of political survival.

Korean society is strongly patriarchal, the situation of women is far from being equal in both sides of the 38th parallel, however, the northern society remains even more male-dominated than the south. Rising to prominence there as a woman is a great challenge, even if that woman is the member of the Kim dynasty. A new leader, also a potential heir, needs to demonstrate strength, needs to gain allies. This is the process which the world witnesses now in the DPRK.

Kim Yo Jong could chose between appearing as a reformer or as a hardliner. While there are presumably several members of the leadership who would be in favor of social, political and especially economic reforms, siding with them would be a serious risk, given the significance of military hardliners in the country’s leading elite. Deciding to side this part of the leadership carries less risks, however, gaining the trust of often elderly, and in many senses, conservative military elite was a challenge to her brother as well, when he took over the country nearly a decade ago. Back then, Kim Jong-un used terror and increased pressure on the enhancement of the nuclear project to stabilize his winning coalition. Given that Kim Yo Jong is not (yet?) the first person of the country, using terror to keep the military in line would be an early measure. Therefore, she decided to show her strength to her potential allies and her potential enemies as well, domestically and internationally alike.

The choice of historical moment is almost perfect. The world is weakened by the Covid pandemic, which is claiming a heavy toll on the United States as well. Their military presence in the region has been weakened, which has already given reason to great schadenfreude for the PRC. Trump is occupied with domestic social unrest and unfavorable election polls. South Korea, although Moon Jae-in has won a landslide electoral victory this spring, and even with this political stability behind him, he is careful and is seeking reconciliation. His measures to stop civil organizations and former dissidents to send anti-DPRK propaganda leaflets to the northern side of the border has been strongly criticized by South Korean opposition, claiming he is obeying the blackmailing of Pyongyang, and in fact, the actions of Moon can be easily interpreted as weakness and a victory north from the 38th parallel.

In such a climate, blowing up the liaison office in Kaesong – a city for long a symbol of North-South cooperation – is a cheap, effective and strong message from Kim Yo-jong. It is a daring action, which underlines her determination to the international audience, while pleases the hardliner militarists, as well as increase her prestige inside the country – a measure really needed for a future leader. However, it does not surpass a limit: the demolished building is located on North Korean soil, it was empty in the moment of explosion, thus no blood was shed. Therefore, she does not need to fear from military response. Given that the country’s foreign trade was already severely limited due to international sanctions and embargos, and it was further worsened by the border closure due to coronavirus, the DPRK, even if it was punished with further sanctions, those measures would hardly be able to make a difference. In summary, Kim Yo-jong’s actions could be interpreted as following: by taking minimal risks, she tends to maximize her gains by increasing her reputation, thus stabilizing her position.

Given the periodical nature of DPRK policies applied on the international arena, when periods of detente are followed by increased tensions, during which Pyongyang goes till the wall, only to announce the new détente in a grandiose way, it is probable that this is the beginning of a colder period on the Korean Peninsula. In the forthcoming months, it is not unlikely to witness missile tests, and in extreme cases, even a new nuclear test in a new location, especially, if Trump loses the US elections. In that case, most probably Pyongyang – and if her position does not change, Kim Yo-jong – will put Washington under pressure to test the reactions of a potential new president.

However, extreme situations are unlikely to develop in the near future. There would be no need for the application of clickbait titles about a potential new Korean War. For the DPRK, the possession of nuclear weapons is the guarantee of independence and peace, thus independent existence and peace are the guarantees of the political survival of the leader and the elite, therefore an armed conflict is to be avoided, if they intend to survive. Kim Yo-jong, if she remains a preeminent figure and potential heir to Kim Jong-un, will be under pressure from different interest groups, especially the military hardliners, as it seems she is seeking their approval and support.

She will face a challenge in keeping them under control, and not to let the military to put too much pressure on her. The future developments will be of course not be shaped by only one person, a lot will depend on the response of other international players. Kim Jong-un is still the head of the DPRK, and it would be not without precedent to see the demise of a potential heir – he himself was not considered a successor to his father for long time. Therefore, the current rise of his sister is a highly interesting development, as well as a possibility to see the reaction of the North Korean leading elite to a potential female leader.