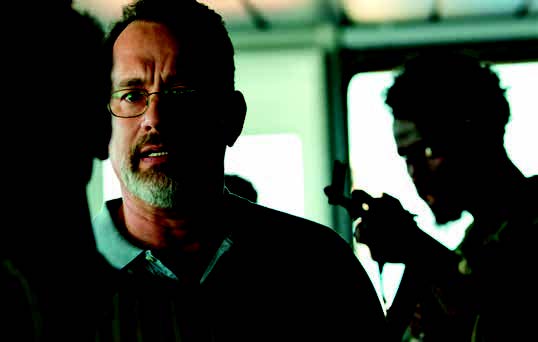 Or the very real problems of film piracy: the illegal copying, downloading or sharing of films that amount to the theft from producers and distributors of part of their earnings. But real-life, contemporary piracy has long remained offscreen where cinema is concerned, even as it began to appear on the news, most notably in a couple of high-profile cases off the Somali coast in the early 2000s. A 2008 hijacking of a Danish vessel, the CEC Future, was carried out by 11 pirates armed with Kalashnikovs and resulted in extremely long negotiations between the shipping company and the pirates about how much money should change hands for the release of the ship, crew and cargo. This harrowing story is detailed in the 2012 documentary Stolen Seas by U.S. director and Somali piracy expert Thymaya Payne and the events are lightly fictionalized in the 2012 film A Hijacking, from Danish screenwriter and occasional director Tobias Lindholm. Actor Pilou Asbaek plays the lead as the ship’s cook and Sorren Malling plays the shipping company’s CEO, who insists he wants to negotiate himself with the pirates. In the film, the monetary demands of the pirates are inflated (they ask for $ 15 million in the film against $7 million in real life) and the ship is rebaptized the Rozen, but otherwise the film sticks quite closely to the facts. The high-profile 2009 hijacking of a U.S. vessel, the Maersk Alabama, resulted in the first piracy trail in the United States for over a century. The pirate captain – and sole survivor of a total of just four pirates that boarded the gigantic cargo vessel carrying 17,000 metric tonnes of cargo – was convicted to over 30 years in jail despite uncertainty about his exact age. He may in fact have been a minor (estimates of his age ranged from 16 to 26 according to varying sources, including the man himself, who repeatedly gave different years of birth). The 2009 case caught the attention of the international media not only because it was a story that interested the big U.S. broadcasters since an American ship and captain were involved, but also because the tiny band of pirates, when they couldn’t manage to blackmail the shipping company’s insurers into giving them millions, decided to kidnap the American captain, Richard Phillips, and left with him on a lifeboat for the Somali coast. This prompted the involvement and, finally, the bloody intervention of three U.S. military vessels. The story, as well as a book Phillips wrote about his ordeal called A Captain’s Duty: Somali Pirates, Navy SEALs, and Dangerous Days at Sea, were turned into the recent filmCaptain Phillips, by British director Paul Greengrass and starring Tom Hanks as the title character. As fictionalized versions of similar reallife events, A Hijacking and Captain Phillips couldn’t be more different. Whereas the Danish film avoids any sensationalism, choosing to not even show the arrival of the pirates on the ship, Captain Phillips turns the whole enterprise into a drawn-out white-knuckle ride in which the pirates, in their tiny skiff, brave the high waves to come increasingly closer while helicopter shots show how tiny their vessel is compared to the Alabama and shots of the radar in Alabama’s control room shows the raiders inching ever closer while the musical score churns underneath, ratcheting up tension. A Hijacking cuts back and forth between what happens on the ship and what happens in the boardroom of the shipping company back in Copenhagen, where the truly horrific question of how much not only the cargo and the ship, but also the lives of the seven crew members are worth in cash. The suspense in the Danish film is of the slow-burning kind: when the negotiations between the pirates and the head office go on for many days as the crew starts to worry that they’ve been abandoned on a ship the company might prefer to give up on. Greengrass is more interested in heroism in the American sense and action in the classical Hollywood mould; initially, Captain Phillips and his crew need to stay one step ahead of the pirates and when they fail, the U.S. army comes in on three combat crafts carrying special operation soldiers ready to kill all the pirates in order to save one man, the kidnapped captain. But though the heroism and action might be classical, it is nonetheless grounded in documentary reality, with Greengrass never becoming jingoistic or turning the pirates into simple villains. Indeed, the director has long been interested in turning real-life events into smart and effective thrillers, as can be seen his films Bloody Sunday; United 93, about the 9/11 plane that went down in Pennsylvania and Green Zone, about the hunt for weapons of mass destruction in post-war Iraq. He has also directed the two most successful Jason Bourne films: The Bourne Supremacy and The Bourne Ultimatum. Lindholm’s documentary realism works differently; whereas Greengrass chops up the action into split-second shots, Lindholm prefers longer scenes that allow time to do its work and suggest how waiting on the high seas might be just as excruciating a hell as having a pirate pointing a rifle at your head.