Why we need to act promptly in Libya, despite the risks

After leaving the country in the hands of the division, now a decisive and clear strategy is needed. But who are we going to fight? ISIS knows plenty about us, but we know little, perhaps too little, about them.

We shouldn't be surprised about what's happening a few hundred kilometres away, in Libya. Acting surprised is the worse way to approach a matter that has got out of hand. Let's be clear about it: it hasn't just slipped out of Italy's hands, but it's the entire international community that's been caught napping. The answer now needs to be decisive, even if there's a risk of being unpopular. Ignoring the threat won't reduce its potential danger. Contrasting extremisms with all possible means, helping the State to find its own feet, that's the key.

In October 2013 on Linkiesta, Valentina Saini wrote "a few hundred kilometres from the Italian coasts there's a state on the brink of disaster. This state is called Libya". Now that the jihadi militants of IS are gaining ground, there's little left to do but find a political solution to the disputes. And it should not be forgotten that even war is part of politics as Claus von Clausewitz wrote. "War is just the continuation of politics by other means. War is therefore not just a political act, but a true political tool, an extension of the political process, its continuation by other means", as the Prussian general wrote in his Vom Kriege. One hundred and eighty three years on since his military treatise saw the light, and we are still living the same kind of situations. And they're happening right in front of our borders. 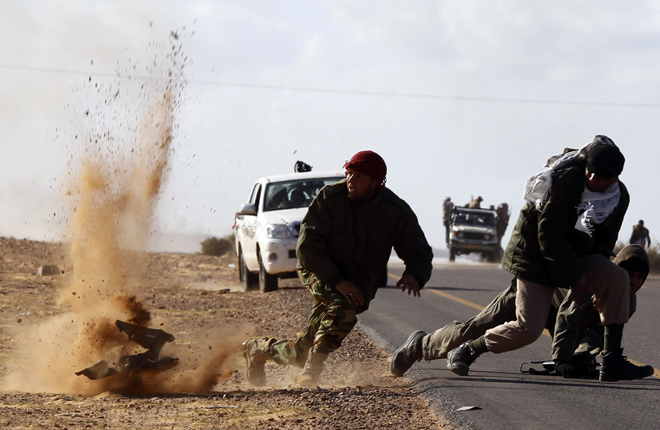 As Arturo Varvelli, an ISPI researcher and one of the top experts on Libya, wrote a month ago, the country "has been in the midst of a new civil conflict for the last months, similar to the one that in 2011 marked the fall of Muammar Gaddafi". Two parliaments, two governments, same inability in governing internal politics. It's a scenario of extreme tribal conflict, with territories that are very difficult to keep under control. After Gaddafi's fall, Libya was left to its own devices, abandoned, as if the military effort involved were only the prelude to the reconstruction of the entire nation. This has not happened. For months now the city state of Derna, on the Mediterranean coast has become a crucial outpost for militias close to ISIS and the radical supporters of Ansar al-Sharia. Yet, what has been done about it?

Where chaos reigns, whoever brings order is the victor. And it matters little whether the order in question is jihadi based, because in a nation torn by unbridgeable divisions and in the throes of compulsive politics, anyone who manages to sell a dream, whatever its nature, is likely to hold sway. This is what has happened, and is still happening in Libya, where ISIS has made inroads in a society where the variety of languages and tribes has always been a factor. Where was Europe in all this? And where was Italy's neighbourhood policy? It's worth remembering that the Enrico Letta government did try to do something. During the G8 meeting in Lough Erne, in June of 2013, he decided to become actively involved in the reconstruction phase. "Libya is a great worry for us and Italy intends to play an active role in that country, providing support for the training of the military and helping to rebuild working institutions". The idea was to clear the country of all the mines and get the weapons out of the hands of the militias. Special Carabinieri and Secret Service units were sent, but without the support of other nations it was unthinkable that they might succeed in stabilizing the crisis then already underway, as Letta had discussed with the United States President Barack Obama on 20 May 2013. 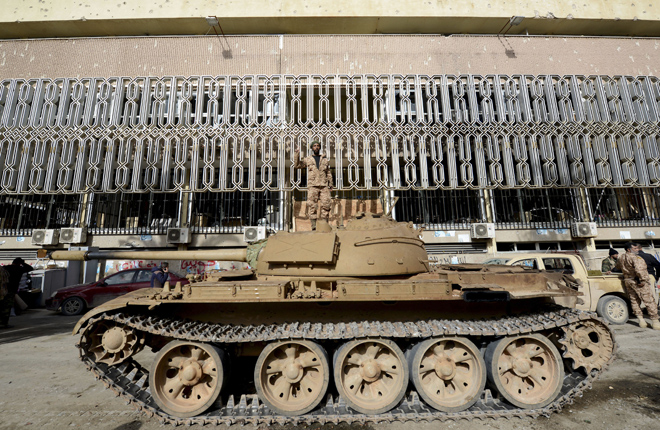 REUTERSThe inefficiency of the western response has gifted us with a situation that is just as dangerous for Libya as it is potentially fertile for the extremists. Therefore we shouldn't be surprised if today the ISIS militias threaten Italy and have managed to conquer Sirte. Nor should we be any more surprised if the only answer could be an out and out conflict, open warfare. As the Foreign Minister Paolo Gentiloni said "Italy will keep working with the international community to fight terrorism and  rebuild a unified and inclusive state in Libya". And if to achieve this one has to be, in Gentiloni's own words, "ready to fight, within the framework of international legality", then it should be decided quickly, without the wavering feared by the Prime Minister Matteo Renzi, that today called for calm. After all, it's obvious enough that diplomatic solutions and the negotiations of the secret services have not had the hoped for outcomes. As the Fiorenza Sarzanini noted on today's Corriere della Sera, the Italian secret services have reiterated that "our country has never been this exposed". 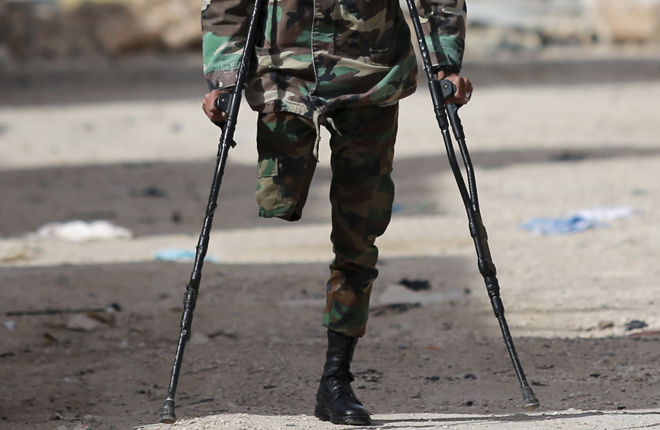 This could be enough to set the military resolution mechanism in motion. But to win the war one has to be clear about two things: who we are and who we are fighting. As Sun Tzu wrote in his "Art of War", if you know your enemy and you know yourself, the result of a hundred battles will never be in doubt. Are we aware of this? The answer, unfortunately, is unclear on both fronts. Although the NATO country intelligence services have been working on ISIS for years, there are too many unknowns, from financial backing to military strategies. What we do know, on the other hand, is that ISIS is well aware of our weak points, and what kind of impact they can have. They know where to hit and how to do so, even on the social media, as the attacks on the US CENTCOM or Newsweek sites have proven. And as for us? We, in order to counter the media advance of ISIS have had to rely on Anonymous. And the defeat in Libya testifies that there is a considerable information asymmetry here in which the West is the weaker party. One must therefore not be afraid to improvise, because very often this leads to victory. If anything, we should be afraid of all the time wasted so far.