Last Saturday at least 20 LGBT activists were arrested by police in St. Petersburg. It’s only the last episode of the rising intolerance in Russia against gay and lesbians. The rally in defense of the LGBT community's rights was planned in central St. Petersburg but marchers were stopped on the Field of Mars (Marsovo Pole), before they could reach the venue of the planned demonstration, by about 20 radicals and orthodox protesters. Led by a priest, while reading prayers and singing traditional religious songs, they threw coins at the demonstrators, guilty of having unfolded rainbow flags and banners saying “Stop Homophobia in Russia”. 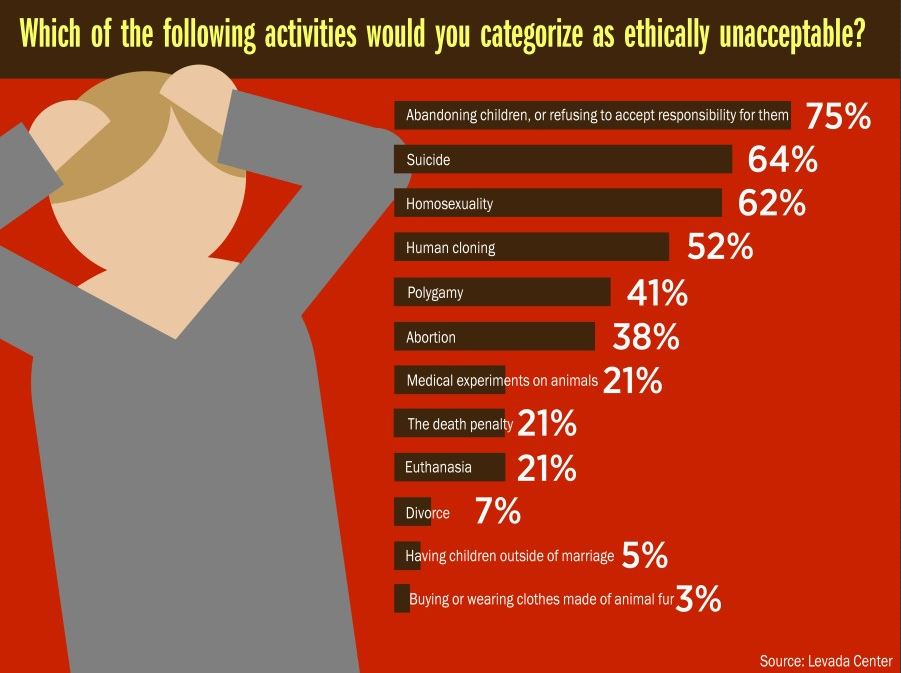 The Russian one is basically a homophobic society, at least if compared with the most developed western countries. According to a poll taken in April 2013 by Levada center – an independent polling agency –, 35 percent of Russians consider homosexuality to be a mental disease and 43 percent believe that gays and lesbians are people with low morals. Only 12 percent of those who answered the poll said that homosexual orientation is normal and, when asked if gay people should have the same rights to sexual orientation of heterosexuals, only 39 percent supported equality. Such a survey has been not taken in a serious account by media, that continue to talk about a campaign led by western lobbies. Commenting on foreign reactions to the new law banning “gay propaganda”, the Rossiyskaya Gazeta online edition wrote that “Despite the now notorious ‘gay propaganda’ bill, frustrated westerners would be wrong to view Russian society as innately homophobic”. Really? Listening to the words pronounced by Mr. Vladimir Vladimirovich Putin in an interview with Perviy kanal, the first public television channel in Russia, one could have a different impression: “We do not have laws against people of non-traditional sexual orientation. Russia has adopted a law banning gay propaganda among minors. The people who initiated these laws and who approved this law based their decision on the fact that same-sex marriages do not produce children. Russia is going through a difficult time in terms of demographics. If one of them wants to meet me, he is welcome to do so, but, as of yet, no one has shown the initiative.”

Besides the recent law, Russia’s anti-gay attitudes have roots in the country’s history. Not to mention the ancient times, when sodomy was illegal almost everywhere, still in the Twentieth century, after the October revolution, homosexuality was declared a bourgeois vice that was to be criminalized and was subjected to 5 to 8 years in a prison colony. The clause 121 of the 1960 Criminal Code of the Soviet Union still criminalized: approximately 1,000 people a year were convicted. In 1993 clause 121 was abolished, but already the Post-Soviet Russian Orthodox church, which restlessly preaches against homosexuality declaring it a sin, was getting more and more followers among the people, driving a part of the country back to the medieval times. It shouldn’t surprise anybody the recent anti-gay recrudescence led by conservatives, nationalists and orthodox (i.e., a big slice of Russians).

Still, in spite of everything, there are a few reasons to see the glass half full: the arrests of Friday – along with the gay pride parade ban and the discriminating law on “gay propaganda” – could be seen as a good sign, of a growing community struggling for its rights.