An attempt to fight Islamophobia could give rise to further marginalisation

Last Wednesday The Sun, one of the UK’s most-read newspapers, urged Britons to be "United against IS" and launched a campaign aimed at bringing communities together against extremism. The newspaper dedicated seven pages to this campaign and included a flag cut-out with “United against IS” on it so that readers could take pictures of themselves holding it and post them on the social networks as part of the campaign. 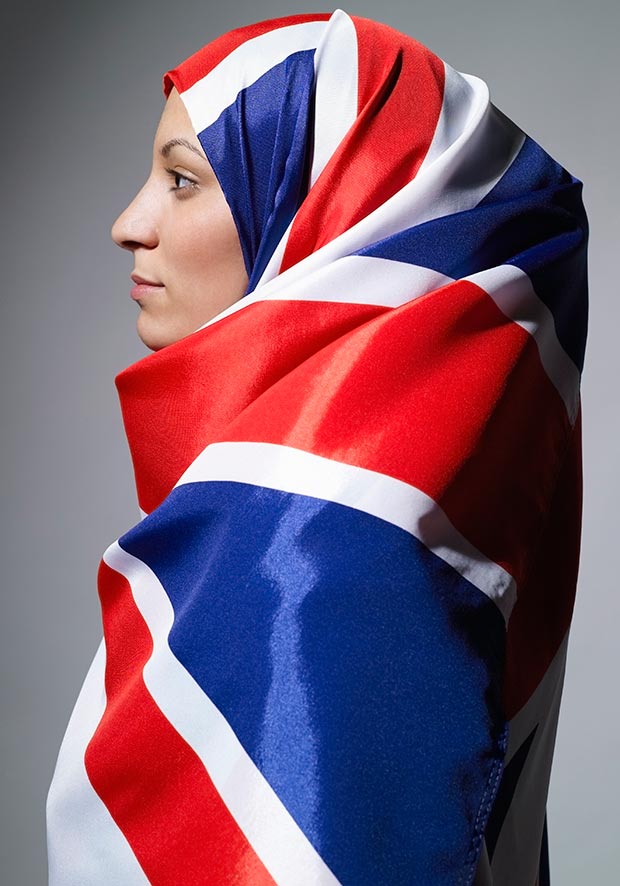 The campaign is in line with the one launched by Inspire, a non-governmental advocacy organisation (NGO) working to counter extremism and gender inequality. Inspire’s Making A Stand campaign is for Muslim women to reclaim their faith from the IS so-called Islam. Both campaigns are especially concerned with the persuasiveness of the IS recruiters that have lured some young Brits into joining their cause. The Sun’s editorial states: “We must help snuff out the warped ideology of IS and stem the flow of Britons to its ranks… First, we must not give way to Islamophobia. The military success of IS vastly exaggerates its support. It represents a tiny minority”. The director of Inspire, Sara Khan, participated in the Sun coverage of the story. In her piece she stated: “We oppose IS and extremism. We see how young people are being radicalised and fear that our children will be next".

Many, PM David Cameron amongst them, have praised the Sun’s initiative, yet not everyone is supporting it.

While it is generally accepted that extremism is best fought with inclusion and tolerance, some have voiced doubts about whether The Sun’s campaign is using these means. In fact, the problem is that despite The Sun’s call was addressed to “Brits of all faiths”, the large photo of a Muslim woman wearing an hijab in the colours of the Union Jack on the cover inevitably airs the fact that IS is associated with all Muslims. Therefore, Muslims in the UK are the main audience and what the campaign really indicates, with or without intention, is that they cannot be assumed to be against IS unless they clearly specify so. Which is basically similar to saying that all members of the clergy abuse children, unless they explicitly prove they do not. Such assumptions are simply absurd, and yet one can sense that what the Sun’s covers implies is that Muslims are automatically suspected of being terrorist sympathisers and are compelled to prove the contrary and to show that they are loyal to the UK. Indeed, their nationality is also called into question. As Nesrine Malik of The Guardian has observed: “It is not to say that Muslims should not condemn Islamic State. Many do, and have. But to have it demanded of you is different. And to have it linked to your nationality via the Union Jack is a threat. It attaches conditions to that nationality that others do not have to meet”. The risk now is that the campaign will be perceived as forcing Muslims to defend themselves, to apologise for something they have not done, and, eventually it could give rise to, as Nesrine Malik puts it, “a defensive form of religious identity, alienating and marginalising even more”.