Flight Mh-17: who downed the plane?

As soon as the news of the crashed flight Malaysia Arilines Mh-17 spread on the social networks, a war of information between the two sides begun, plus Russia. 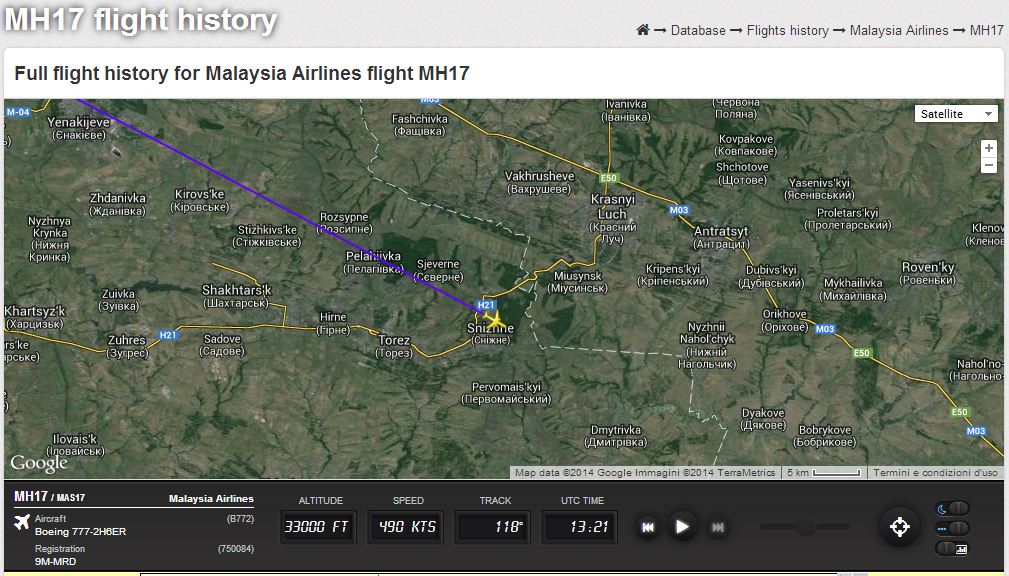 Kiev and the pro-Russian leaders continue to hold the responsibility against each other, while Moscow has no doubts about the fact that - however you put - the responsibility is all Ukrainian. Even before an independent investigation and analysis of the flight recorders, the large amount of data available on the network already allows a plausible reconstruction of the incident, which identifies clear responsibilities.

Colonel Igor Girkin, aka Strelkov, supreme commander of the separatist forces in east Ukraine, is one who knows how to use social networks. He daily posts on Twitter and Vkontakte a sort of bulletin from the front. So on the same afternoon of the disaster, exactly at 15.50 local, Strelkov announced that his men had shot down a Ukrainian Antonov 26 at the point where the Malaysia Airlines Boeing 777 crashed. The news of the downed flight MH17 was released for the first time at 17.05 by Russian news agency Interfax, while the time of the disaster is 15:21, half an hour before Strelkov’s message. The post remained online for a few hours, before being deleted. There remain, however, an amount of copies and retweets.

The few lines written by Strelkov are very important for a number of reasons. First, there's no evidence of a Ukrainian An-26 shot down during those hours. By itself, the coincidence would be suspicious. The An-26 is a turboprop aircraft carrier, and with a speed and cruising altitude roughly analogous to an airliner; it flies at an altitude of several thousand meters from the ground and below the speed of sound. The Malaysia Airlines Boeing 777 was flying to an altitude of 10,000 meters when it was hit.

Neither the An-26 nor the Boeing could have been shot down with a rocket launcher RPG type, like those in the availability of the separatists and seized in a large number by the Ukrainian army. This is interesting because at first the separatists press service have used in their favor the fact of not having ground-to-air missile systems capable of striking at that altitude. But this clashes with the message posted on Vkontakte from Strelkov. The defensive argument lasted a few hours. Soon appeared on the web photos and videos of at least one Russian-made rocket launchers Buk in the availability of the separatists. 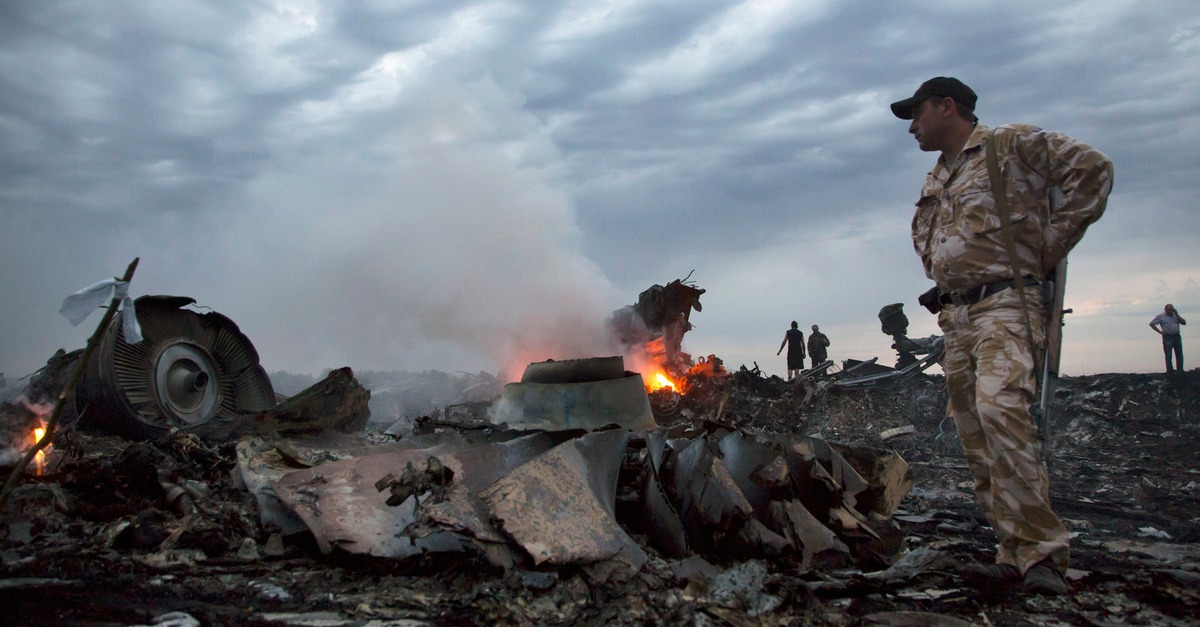 The Buk missile system is sophisticated ground-to-air, radar-guided, capable of hitting aircraft up to 25,000 meters of altitude. An already geolocated video shows the missile launcher while being transported to Snizhne, less than ten kilometers from the crash site, while other photos not yet geotagged show (presumably) the same Buk located in a residential area. This probably would have been enough not to give credit to Strelkov’s men version. But it was easy to fish out the net some of the Donetskaja Respublika press service tweet to find a picture posted on 19 June of a Buk allegedly in their possession. Even this tweet was quickly deleted after the overthrow of the Boeing 777, but the net is full of saved retweets and screenshots. Later popped this video with the Russian ultranationalist ideologue Sergej Kurginyan - who showed to have close ties with the separatists of Donbass - saying, "our skilled engineers are repairing the Buk launcher."

In the evening, the SBU, the Ukrainian secret service, uploaded on Youtube some leaked phone calls in which the separatists talk about the downed plane. It is not the first time that the SBU release such telephone tapping, and sometimes it seems it is used as an excuse. In this case, however, the unpredictability of the event and the unequivocal admissions of the voices leave little doubt. In a first leak, Igor Bezler - a commander subordinate to Strelkov called "Bez", "Devil" - talks to Vasily Geranin, a Russian military intelligence Gru officer. "We just shot down a plane, about half an hour ago," says Bezler. In another conversation, a militiaman called "Major" reports from the scene of the accident: "It's a passenger plane, there are a lot of deaths." Finally, in a third call an unidentified fighter talks with Nikolai Kozitsin, another Russian officer who seems to give him instructions. "It means it was carrying spies, you got it? What the fuck are flying here, there's a war,"says Kozitsin.

With such a framework, it becomes extremely plausible the hypothesis that the separatists under command of Igor Strelkov, who do have the Buk anti-aircraft system, have shot down the Boeing 777 Malaysia mistaken for a Ukrainian cargo plane. The tragedy killed 295 innocent people, including 80 children, could be a turning point in the war of Donbass: open the way for a lasting truce or lead to an escalation of the conflict.

After a few days, Igor Bezler himself, in a clumsy attempt to dispel suspicions on his men, confirmed the authenticity of the phone calls leaked ​​by the Ukrainian secret service, SBU. "We did discuss over the phone the downing of a plane, but the talk was about another plane," Bezler said, adding that the SBU would have manipulated the tapping. In his embarrassing candour Bezler, besides having put the authenticity stamp to the records, he also implicitly confirmed separatist's ties with the Russians, as he was leaked while talking to the Russian colonel Geranin of Gru, the military secret service of Moscow.