A blog on sub-Saharan Africa to report the many realities of a macro-region that is assuming an increasingly central role in the international arena, but still struggled by serious security and underdevelopment problems. It is edited by the Africanist Marco Cochi @afrofocus 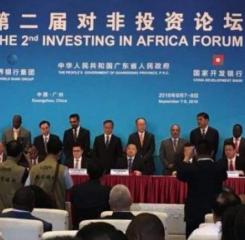 "Opening a new chapter in the Sino-African economic partnership", said the title of the second China-Africa Investment Forum (CAIF), held last week in the Moroccan city of Marrakech, bringing together 505 high-level Chinese and African economic decision makers and business leaders. 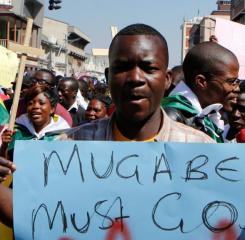 Out Mugabe, or almost, now who's the next?

The coup in Zimbabwe is a watch for other African 'Presidents for Life', such as Biya in Cameroon, or dynastic heirs such as Kabila in the Democratic Republic of Congo. Their survival, in addition to the military and the people, also depends on foreign powers. And China weighs more and... 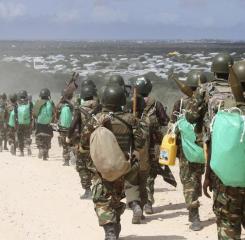 The official announcement of the start of AMISOM's withdrawal from Somalia arrived Tuesday from the head of the African Union's peacekeeping mission, Francisco Caetano Jose Madeira of Mozambique, who during a press conference in Mogadishu, explained that to safeguard security of the local population the withdrawal will be gradual and will be... 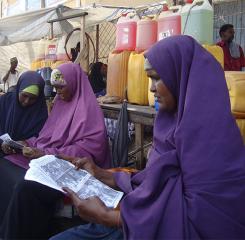 Somalia, the information increasingly at risk

The new Impunity Index, issued Tuesday, has decreed that for the third consecutive year, Somalia has won the country's most unpopular primacy with the highest number of journalistic murders for which it is not was found guilty.

Next Station: Ikebukuro is a blog on Japanese contemporaneity. Entries will deal with "pop" and apparently light topics, trying to show the socio-economic actuality behind them. 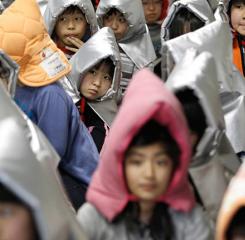 The Earthquake is coming. The fear of the Big One and the search for salvation

My "baptism of fire" happened on 11 March 2011. I was in Japan, in Sendai, the main city in the Tohoku Region, about 500 km north of Tokyo. I had been living there for more than 6 months and I was caught unawares and ill prepared at the centre of... 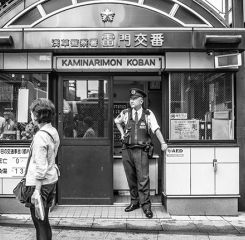 The koban system: why the Japanese local police stations are so popular?

Navigating around a Japanese city is not always as easy as it might seem. Not every street has a distinguishable name either in Chinese characters or Latin script. Almost all addresses, in fact, depend on codes, numbers and sub-numbers. My own experience of living in Japan has led me to... 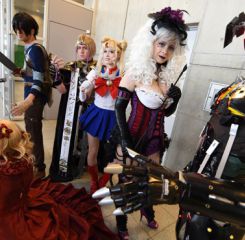 Otaku, cosplay is no longer just for losers

Last week half a million people arrived in Makuhari, in the Province of Chiba for a very particular global event. The coastal city just a few kilometres from Tokyo was hosting, what the event's organizers billed as, the world's first ever otaku summit. 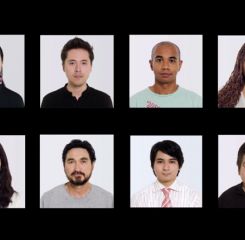 The importance of being “half”

Across Japanese social media the news was greeted as this year’s “beauty revolution”: for the first time in the country’s history, the title of the most beautiful in the land was awarded to a mixed race contestant. Ariana Miyamoto is a 20-year-old from the province of Nagasaki, she is the...

Elia writes about the post-Soviet world, focusing on the Slavic countries, Russia, Belarus and Ukraine. His articles are published by numerous newspapers. He also writes travel books and tweets from @daniloeliatweet 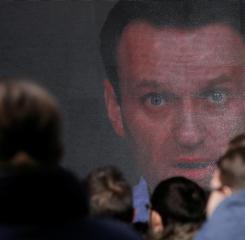 The Russian Central Electoral Commission has barred Aleksey Navalny from the presidential elections scheduled on March. But this is not the news. The possibilities in fact that the world famous opposition figure had to challenge Putin were non-existent. It is rather the sign that the Kremlin no longer even needs... 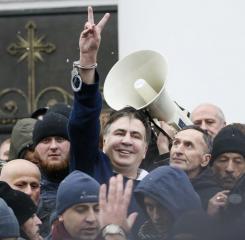 Saakashvili’s brake out in a Ukraine falling to pieces

Another blow to the reputation of Ukrainian institutions was inflicted. After the EU decision not to transfer the last 600 million euro tranche of aid to Kiev because the Ukrainian government failed to implement reforms, and after the words of US secretary of state, Tillerson, casting doubts on fight against... 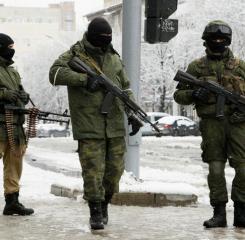 The showdown in Ukraine’s separatist-held Donbass

Soldiers in camouflage with no insignia popped up in the streets of Luhansk and military vehicles patrolled the streets while the "prime minister" of the self-proclaimed popular republic reportedly fled to Russia. What is happening in the Donbass separatist territories seems like a coup. And maybe it is. 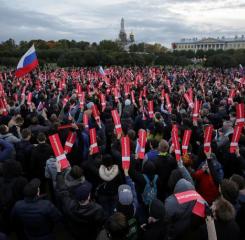 When Russia marks 100 years after the October Revolution, Russians are still ready to take the streets

Just on the day when Russia celebrates the centenary of the Bolshevik revolution, when the people raised their heads against power, a study shows that the Russians have not lost their will to manifest.

Former Managing Editor of Eastwest online. He also writes for Il Corriere della Sera and Panorama. Formerly at Linkiesta, Eurointelligence, Il Riformista. Named among the top 100 Foreign Policy “Twitterati” in the economics sections for being “the essential follow for breaking news on Europe’s economic crisis.” He has over 37,000 followers on Twitter (@FGoria). He won the 2013 Economics’ Club Journalism Award and the 2013 State Street Italy Journalism Award. 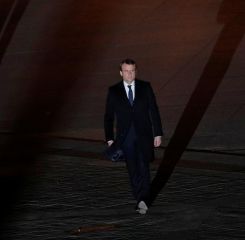 Emmanuel Macron is the new French President. The outcome has matched the expectations of all French pollsters. The threat of a presidency headed by Marine Le Pen and consequently the Front National is averted. And now all commentators and analysts will write and say that with En marche!, Macron’s movement...

Does the Trump Presidency spell disaster for the world’s climate?

Donald Trump will be the 45th president of the United States of America. In the event that he actually keeps his campaign promises, he is sure to make history as the political figure in the twenty first century that snuffed out any glimmer of hope in the fight against global...

Trump is the 45th President of America. We were all wrong.

We were all wrong: journalists, analysts, pollsters and financial operators. The majority of us were completely wrong in our assessment of what was happening at the heart of the United States. Donald Trump’s victory in the US presidential elections is not only a defeat for the democrats but a rejection...

Why we should expect further attacks after the slaughter in Nice

Annihilation. This is the sensation today on 15 July 2016 following the latest attack in France. A vile and symbolic massacre, a barbaric act striking predictably at the soft targets that for some time US intelligence has identified as the latest objectives of Islamic State terrorism. Let’s not kid ourselves;...

A multi-author blog. A journey to find for kinship and contamination within the different ways of cooking food because food provides nourishment for the soul. 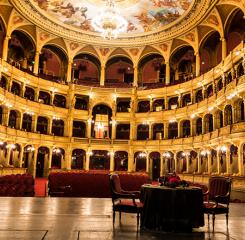 Most romantic restaurants around the world 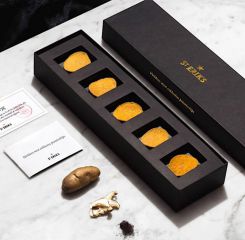 Most expensive crisps in the world

Would you ever spend 50 Euro for 5 crisps? If the answer is no, then be careful to ask them if you are in Sweden at the St. Erik’s craft brewery: here a very chic black box with 5 crisps in it costs 50 Euro. The crisps can be purchased... 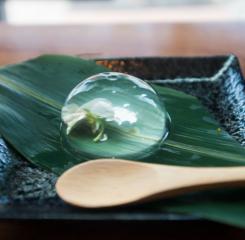 Curious food from the world: the “Raindrop Cake”

Have you ever tasted a raindrop? Now you can. The Raindrop Cake is a cake that has been almost on every cooking web sites across the world for a long time. 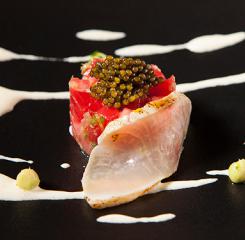 Definitely not the cheapest meal in the world is the one being offered since a few months ago in the Disneyland Resort in California. Fifteen thousand dollars is the price you have to pay if you would like to enjoy what is not just a dinner, but a real "once...

A nomad in the world's library who spent years covering money for the WSJ in order to obtain fodder for campfire chats. Now a climate refugee in Rome but a high modernist forever and trained in anthropology. 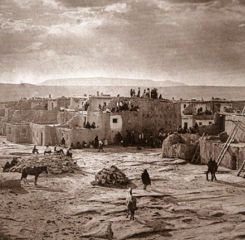 Acoma Pueblo: a native drama that never goes away

Once again, a native American tribe has risen in objection to the unauthorized publication of a book purporting to explain its charter myths. 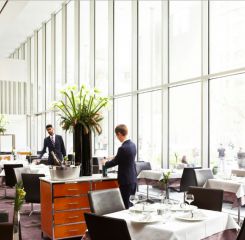 Keep your change. Against the abolition of tipping

So, the owner of upscale restaurants in New York pledges to abolish tipping in his properties and we hear of a revolution in the offing.Moreover, it's a progressive revolution, to judge by the editorials of countless pundits – most of them either economists who consider tipping irrational or people who... 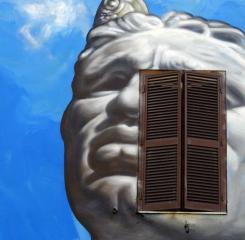 The Scala Mobile Looks at the Funhouse Mirror

One of Italy’s strong points, economically, is the much broader distribution of private wealth than is the case for most advanced economies. Most of this wealth consists of houses; Prime Minister Matteo Renzi is already showing his enthusiasm for cutting property taxes that affect the 80 percent of households who own... 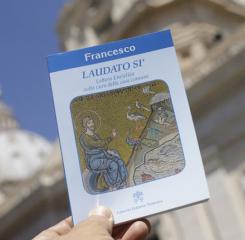 Musing on the encyclical: Is declaring a good to be priceless itself good?

The publication of Laudato Si, Pope Francis’ encyclical on climate change, has elicited the expected media splurge of enthusiasm that such a prominent figure would engage with such a hot topic.