As shown by events around the world - notably in Russia, Italy and the United States - the practice of politics is changing before our eyes. 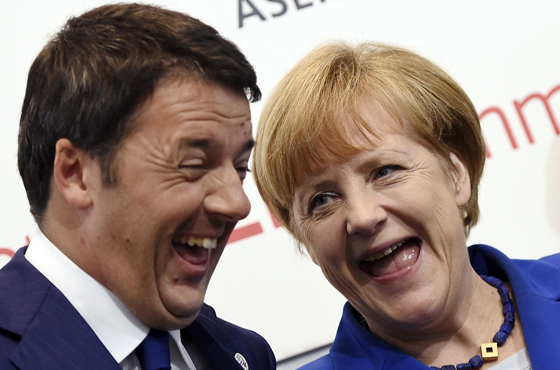 Perhaps it’s time to change the analytical lexicon we use to describe politics too.

One cornerstone of political theory for ages is that democracy – an a priori positive good – entails some kind of rule by the people and hence is a participatory system. Participation, in modern terms the vote, is considered a form of voice through which the citizen subject acts.

To be sure, the spatula-wielding women whose uprising in Burkina Faso led its president to flee can aptly be described as having taken direct political action and wrought change. More power to them.

On the other hand, weak electoral turnout in the U.S. midterms and recent Italian regional ballots suggest that the link between participation and voting risks becoming tenuous.

Plausibly, it can be argued that voting has become too distant and mediated a process to constitute action or voice, a feeling likely exacerbated by the high-speed access we have to interactive protocols through social media and the Internet in general.

That’s in line with the most nobly-pedigreed criticism of representative democracy, which is that its form is already a deviation from the Athenian idea of the demotic assembly. A challenging but lucid version of this argument has been made recently by Yanis Varoufakis in his essay “Can the Internet democratize capitalism?” which calls for more demos instead of representation.

Such earnest hopes have been held before. Indeed, Guy Debord’s legendary “Society of the Spectacle” almost 50 years ago pointed to the alleged commodization of social life and decried that “all that once was directly lived has become mere representation.”

But is it time to stop alluding wistfully to some ancient ideal of a city-state? After all, historians note that most Athenians had at least one slave – a sentence presenting severe mathematical confusion to the modern mind.

Enter Jeffrey Edward Green, a political scientist based at the University of Pennsylvania. In “The Eyes of the People,” he lays out an alternative scheme for political analysis in which the gaze replaces the voice. In this paradigm, people have the power to see, not say, and the object of their power is not the law but the leader. Candor is his watchword, the standard allowing people to decide which political faction offers better viewing.

A brief interjection: Consider how Vladimir Putin has assiduously created an image for himself as a muscular manly straight-talking leader of Russia. Or how Matteo Renzi has tirelessly subjected himself to the public gaze, in a way his predecessor Silvio Berlusconi never did.

Like it or not, these are the leaders who are emerging in today’s often messy situations. (Note also that Sarah Palin didn’t pass the test.)

This notion of ocular democracy may disappoint people brought on the ancient Greek benchmark. But it may also simply be a brave effort to keep that ancient scheme while shedding its blatant utopianism.

Consider how Green suggests candor really emerges: When leaders are placed in conditions of publicity that they do not fully control.

That, he says, is when their persona and real intentions emerge. The people may not have a real voice, but they can certainly see through stage-managed farces.

To be sure, it’s hard not to wonder whether this new form of public viewership really constitutes power in any meaningful sense. But the same question shadows the act of voting,

What by contrast seems certain is that, as tools, Green’s notion of the gaze and of candor allow for analysis that doesn’t identify low participation in elections with lack of political involvement. Such an equation seems woefully obsolete today.

Green’s next book, due out in 2016, may show how he plans to use his own tools to analyze the probably perennial and highly topical problem of how plutocracy persists even in democracy.

That’s a subject where, as shown by the Russian, Italian and U.S. political cast and discourse, candor is woefully lacking.