Why the Eurasian Union is not a good deal

When Vladimir Putin, in the aftermath of the annexation of Crimea, delivered his famous speech on the defense of the Russians whatever country they lived in, a shudder ran through the backs of the Ukrainians and the Baltics. But two people, more than any other, were totally horrified. And they were neither in Kiev nor in Riga. 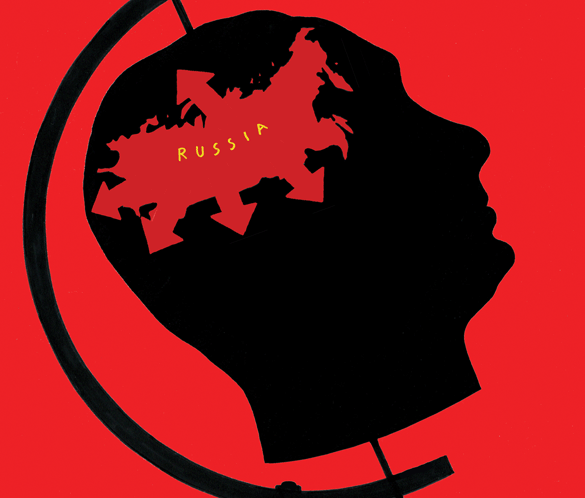 Nursultan Nazarbayev was the first to launch the idea of an economic union between his Kazakhstan, Russia and other former Soviet states. The idea appealed immediately to another cut from the same clothes of Nazarbayev. Aleksandr Lukashenko was so enthusiastic that he even proposed to merge his Belarus with the mighty mother Russia. It was the 1994, the Soviet Union had dissolved less than two years before, the Kremlin war ruled by Boris Yeltsin and Vladimir Putin was just an advisor to the mayor of St. Petersburg. Lukashenko and Nazarbayev would never have predicted that their idea would one day become a reality very different from what they had imagined.

A few days ago Putin ratified the Eurasian Economic Union. The agreement was already signed on May 29 last year, with the exchange of ratifications scheduled on October 10 and the entry into force of the Union on 1 January 2015 In spite of the tight stages, the project was little more than a dream for almost all of the previous twenty years. The sole rise to power of Putin did not give the decisive impetus to the project, the most important piece of the mosaic did not want to fit in its place. Ukraine has always been the seeds in Putin’s head,as I've written several times in this blog. When it begun to take shape, first as a customs union between the same three founding countries, the dream of Putin seemed at hand just when it broken on the Maidan in Kiev. Putin has lost Ukraine,perhaps forever. And it was not only a territorial, economic and prestigeloss for Moscow, but a distortion of the character of the Union.

The loss of Ukraine (and of Moldova, which has signed an Association Agreement with the EU as early as last November), along with the cooling of relations between Russia and the West, has shifted the axis to east more than expected. The result is that the union seems less and less European and more and more Asian. And Russian. Moscow alone already accounts for 63% of the internal market and includes 57% of the votes, the Russians represent 87% of the approximately 170 million of the total population, the ruble is the de facto currency and Russian the lingua franca.

"The original purpose of the Eurasian Union was to become a dominant regional economic organization, with a legal architecture controlled by Moscow," said to the Foreign Policy the political scientist Alexander Cooley. “But Crimea ended up illustrating that Putin would much rather have something to effectively lock countries into Moscow's political and economic orbit.” But it is not allabout economic and political dominance, and it was clear after the annexation of the Crimea.

The words of Putin on the right to intervene in defense of the Russian diaspora in the countries of the former Soviet Union, made suddenly disappear smiles from the faces of Lukashenko and Nazarbayev. The unpleasant sensation to assume the role of minority shareholders in a creature that is more and more an expression of Putin revanchism seems to have taken hold of the Belarusian and Kazakh, which must have thought the Russians living in their countries.

Nazarbayev began to show increasingly strong hesitation. “Unfortunately, there are some politicians who are, frankly speaking, too eager to whomp up the future economic union with default settings. Naturally, it would not benefit the union,” he said a few days ago.“I am not a supporter of such methods and quick decision-making. There was a number of such hasty decisions made in regards to integration and cooperation among CIS (post Soviet) countries that no one remembers now. We do not want to repeat the mistakes”

And he actually launched the idea first. Nazarbayev must have certainly thought tothe export decrease and the forced devaluation of the tenge, the Kazakh currency, to keep up with the collapse of the ruble, but also to the 4 million Russians that after the collapse of the USSR found themselves living on this side of the border, in the northern regions of Kazakhstan.

However, it was the president of Belarus, before playing the role of mediator in the peace talks, to speak out. "Crimea is not dangerous because it has become part of Russia, but … a bad precedent has been created," said Lukashenko. "We do not recognize the People’s Republics of Donetsk and Lugansk. We completely disagree. We do not want the disintegration of the Ukrainian state."And indeed, a few days before the signing of the Union, in an interview with the TV channel Dozhd Russian opposition, has repeatedly criticized the Russian expansionist policy, even saying that "I would fight any invader of Belarus, even if it is Putin." Nobody is quite sure he wasn’t thinking aboutthe Eurasian Union.


blog comments powered by DISQUS back to top