Food in the Guinness Book of Records

We have previously discussed on our website about some very weird food, but a whole chapter needs to be completely dedicated to foods that have become part of the Guinness Book of Records. There are indeed a lot of weird records about foods into this book of oddities and here we're going to find out a few. 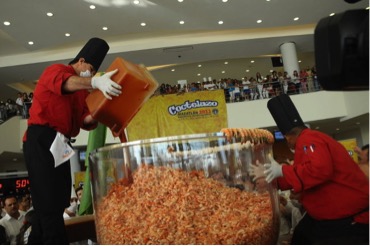 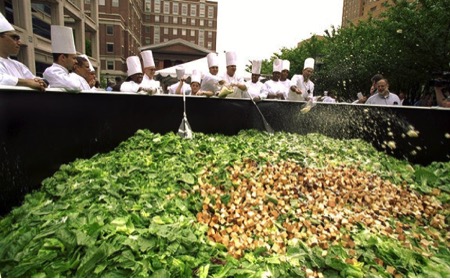 The record for the most caloric hamburger in the world touches once again to the United States, the 2013 record with the "Quadruple Bypass" (and already the name is a whole program ...): 4 ½ pounds of hamburger, 3 tablespoons of lard , 20 slices of bacon, eight slices of cheese, 20 slices of caramelized onion cooked in lard, 8 slices of tomato, 1 tablespoon mayonnaise, 2 tablespoons ketchup, 1 tablespoon mustard. Total calories: 9,982. Total weight: 1 kg and 444 grams.

How many scoops of ice cream you would be able to put on a cone? The actual record is 71, established by an Italian man. Would you be able to eat it all? 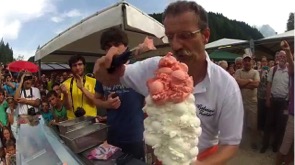 The longest chain of Halloween carved pumpkins has been created in Canada in Calgary farm. The pumpkins were carved by elementary school children and by local hockey teams and measured about 300 meters long. A truly suggesting spectacle, especially in the evening.

As grape juice you can extract, treading the grapes for a minute? Exactly 8.6 litres. This fact the record set by Martina Servaty, Germany, in September 2011. 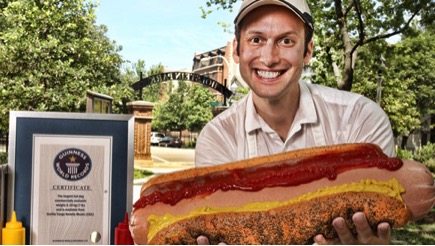