Ice cream has very ancient origins. Suffice to say that in Persian Empire's period people, during warmer seasons, used to pour  grape juice over some crushed ice, recovering a bit from the summer heat, which at that time used to reach quite high temperatures.

Paternity of ice cream is attributed to Italy, but a legend tells that a certain Mr. Ruggeri from Florence, chicken's seller which at the time was living in Paris, thanks to a recipe made with frozed cream, eggnog and fruit, made his fortune. He was also invited to make ice cream for Caterina De Medici and Henri D'orlean's wedding. From that moment, ice cream began to become popular throughout Europe.

One of the first producer of artisan ice cream in Italy was the shop "Pepino" in Turin, which produces delicious ice cream of the highest quality since 1884. 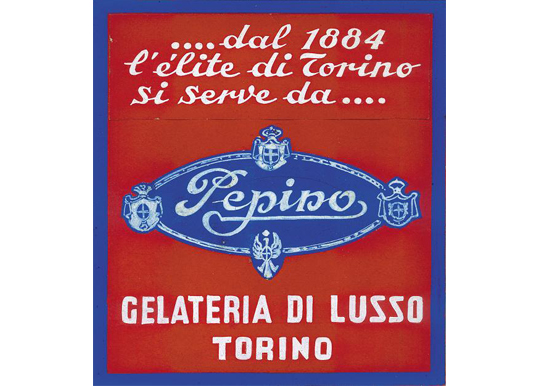 Up to the present day, ice cream has undergone many transformations, and still continues to change. This delicious treat can be prepared in a thousand ways and in thousand of different tastes, even if the basic recipe is more or less always the same: cream, milk and sugar. As I have already done for my previous article about pizza's curiosity, I am now going to tell you a little bit of interesting (and very weird) things about ice cream. First of all, the way of making ice cream all around the world is not always the same.

How many times have you been to a Chinese restaurant and ate fried ice cream? Did you know that there are two kinds of this ice cream? One is really deep fried and the other one....just have the word “fried” in the name. The peculiarity of the second one, is that it has to be prepared there and then. Ingredients are placed directly over a very cold metal plate where they are processed with fast moves by the seller. This is a video I  recently found on youtube, showing you basically what I mean:

Another very nice video I found on youtube, shows another hilarious way to serve ice cream in Turkey:

Or here's how they serve it in Dubai:

But now let's move on to other kind of ice creams ... that maybe no one of us will ever dare to taste. I'm going to show you my personal top 5:

1) Sausages, mashed potatoes and peas ice cream. Yes, you got it. The English company Aunt Bessies organized a special bus tour in 2008 to sell this “hot” ice cream all around the UK, to bring a little warmth in the cold English summer that was raging that year. What can I say ... a really unusual but fun way to interpret the classic walking Cone! 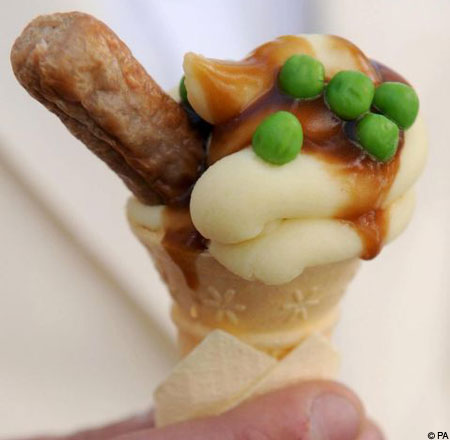 2) Curry ice cream... A quick jump in remotest India, thanks to the Vosges Chocolate Company: 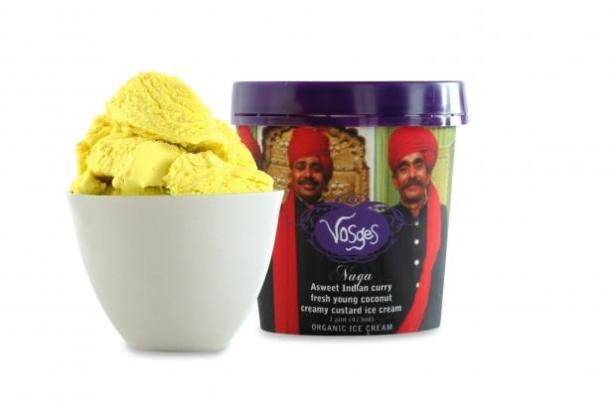 3) Oyster ice cream ... with tasty chunks of oyster inside: 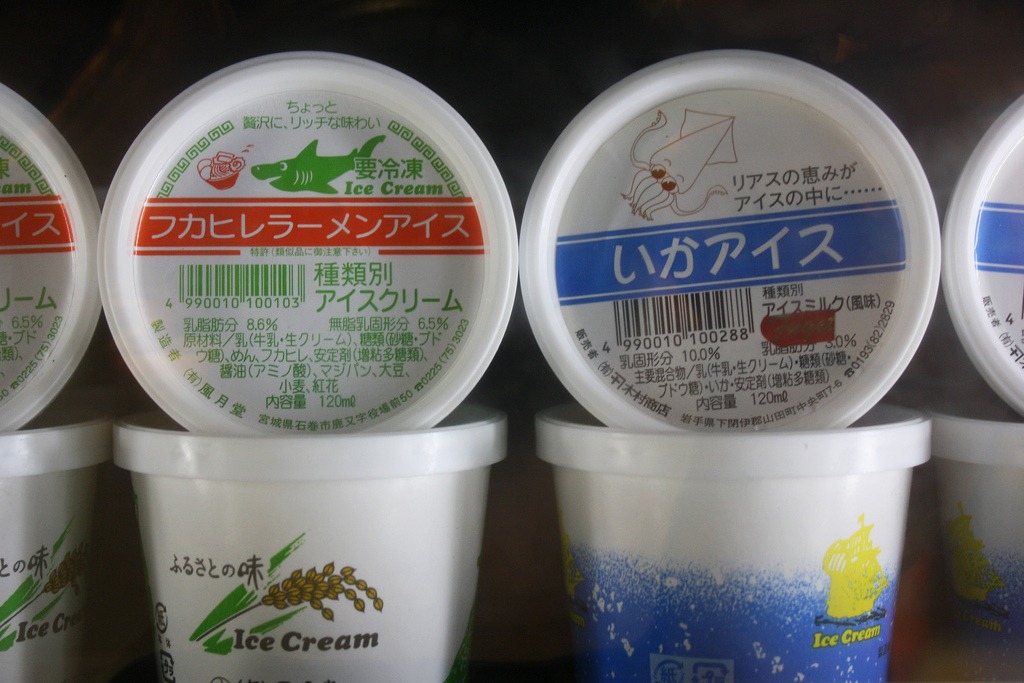 4) Gelateria Coromoto, in Venezuela offers to its guests the possibility to enjoy a delicious ice cream ... with spaghetti and cheese. Gnam! 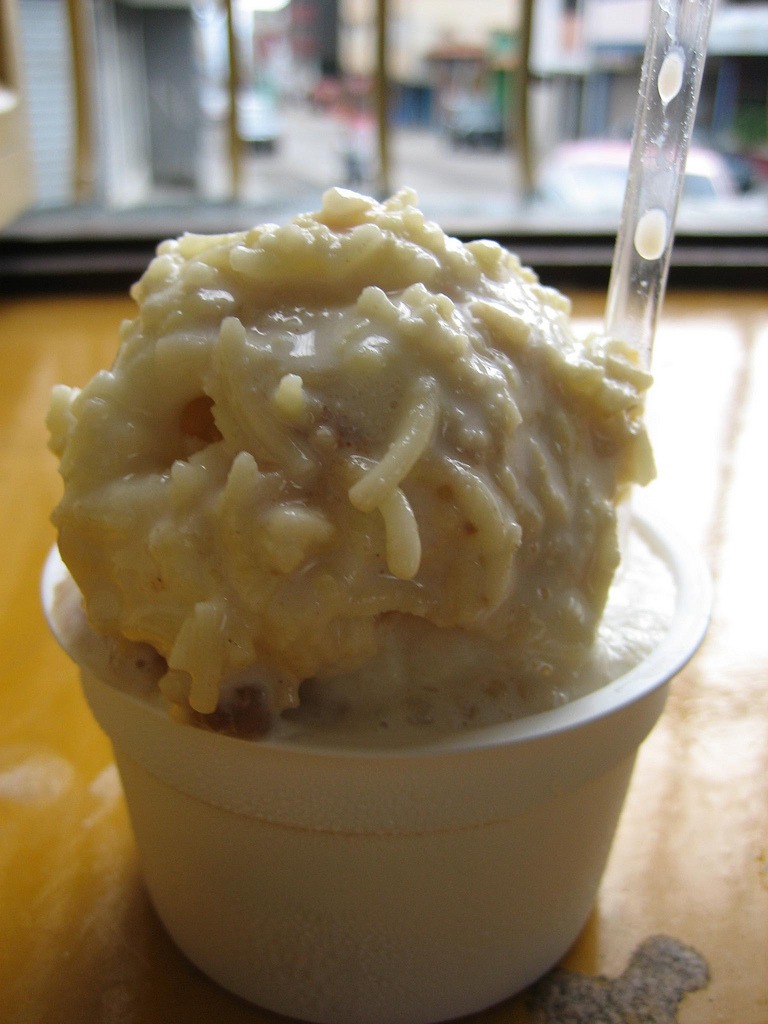 5) Ice cream made with mixed vegetables. One way as another to make children eat vegetable... or not??

But now is the time to find out what is, according to the Guinness Book of records, the world's most expensive ice cream ever created. It was made by the ultrachic and famous shop "Serendipity" in New York and it costs around $ 1000. It's called Golden Opulence Sundae, and it should be ordered at least 48 hours before being eaten, because the ingredients must be get from different shops in different parts of the world.

This ultra luxorious ice cream is composed as follows:

-the world's most expensive chocolate, coming from Italy and from Venezuela

-an edible gold leaf of 23 carats

-the best candied fruit in the world, coming from Paris

... all served with 18 carat gold teaspoon, which remains to you as a "memory of the experience.".